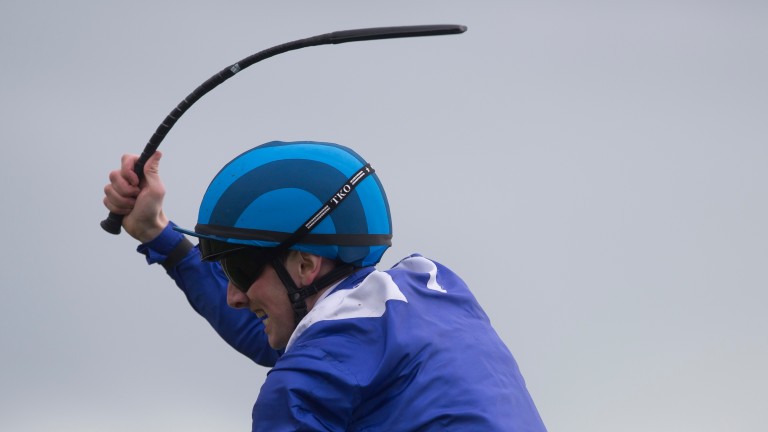 Chris Hayes, who broke his wrist when riding out in Dubai at the start of last month, has pencilled in his return for Meydan's meeting on December 15.

Hayes, who enjoyed a fruitful first spell in Dubai last season, returned to Ireland shortly after his injury and is pleased with how it is progressing.

"I got the cast off two days ago and I'd started the rehab and physio, so I'm hoping to be back in Dubai next week and race-riding the week after," said the jockey, who steered Awtaad to victory in the Irish 2,000 Guineas this year.

"I haven't spoken to Dr Adrian McGoldrick yet, but it looks like it'll be Meydan on December 15.

"I've been in Ireland since two days after the accident and I met Dr Paddy Kenny, who works quite closely with the Turf Club, to go through the x-rays and give me a programme to come back as soon as possible. It's fairly positive and he seemed happy when he took the cast off."

"Once I go back I'll be full steam ahead, hopefully until World Cup night provided I have something good enough to ride," he added.

"Things went very well for my first season and I think it was Dhruba's best season in a long time, so it was nice to be a part of that. Things went so well last year he was happy to have me back and I was happy to go back. He was very good to me.

"I had four carnival winners and it was unfortunate Market Rally had a setback as it would have topped things off if he could've won the UAE Derby.

"I was looking forward to getting back this year and there's still plenty of the season left."

Hayes, who suggested Golden Shaheen third Morawij as a horse to follow, also has plenty to look forward to in Ireland next year when he will be first jockey to Fozzy Stack, although he stressed his long-standing association with Kevin Prendergast would continue.

"I had a very good season with Awtaad and it was nice to cap the year with an offer like that," Hayes said. "It's going to be Fozzy's first year taking the reins himself [from his father Tommy] and I've been down there since I came home to have a look around and see the gallops. It's a lovely operation and one doused in history, so hopefully I can add something to that.

"People kind of think I'm leaving Kevin to go down to the Stacks, but that's not the case. I'm going to be splitting the two jobs. They're quite close family friends and have chatted about what they want from me, so hopefully it will work out well."

FIRST PUBLISHED 1:08PM, DEC 1 2016
Things went very well for my first season and I think it was Dhruba's best season in a long time, so it was nice to be a part of that