Hayes a happy wanderer despite the rich comforts of home 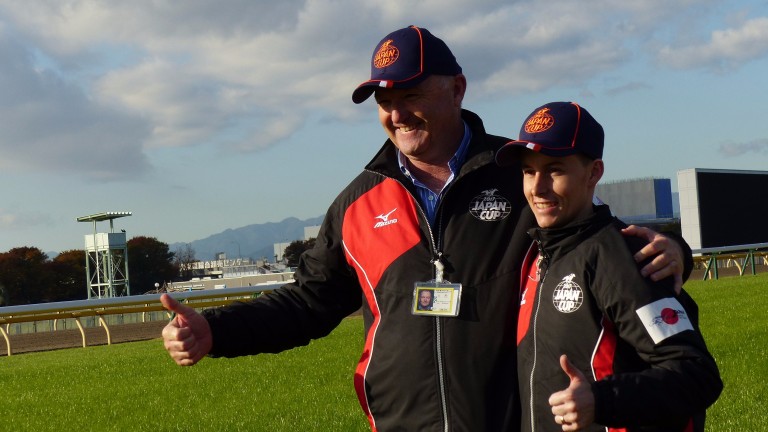 If booming prize-money in Australia has been designed to get owners of the country's top performers to turn their gaze away from distant shores, then messages emanating from there suggest that it is having the desired effect.

Team Winx will almost certainly put the horse's best interests in front of any financial consideration before deciding on whether to embark on a European campaign at the age of seven, while the managing owner behind syndicate sensation Redzel has said he is leaning towards the more lucrative TJ Smith Stakes rather than a trip to Royal Ascot.

A winner of this race back in 1990, David Hayes has always been an internationally-minded trainer and, given that Boom Time runs in his own silks, there was only one person that needed convincing once the invite to Japan came on the same afternoon as the son of Flying Spur landed the Caulfield Cup.

"It was a quick meeting and he tends to be a bit greedy so he was keen to get here," said Hayes with his tongue lodged firmly in his cheek. "I’m thrilled to be back here. I probably haven’t got the equipment I was using 27 years ago with [1990 Japan Cup winner] Better Loosen Up. I do feel the horse is well though and will be competitive."

Hayes believes that it is more than just money that comes into it when Australian connections weigh their desire to travel horses, with the return from Japan still something of an endurance mission.

The Australian government is currently taking exception to the new Hong Kong Jockey Club facility at Conghua, meaning another international option is all-but off the table.

"It used to be quite an easy sell [to owners] but the problem in the past has been getting horses home. We have to go via Germany so it’s pretty difficult to get home but this horse has had a long spring so I am happy to give him a break. The autumn racing in Australia is mainly in Sydney and he doesn’t like racing clockwise."

With his only other Japan Cup runner, Jeune, an unlucky sixth in 1994, Hayes knows what level he is looking at.

"This horse has settled in as well as Jeune and Better Loosen Up but he’s not as good. They were both Australian Horse of the Year so I'd be surprised if he could beat the best of the Japanese but I’ll be disappointed if he doesn’t run top five.

"The Japanese horses have just got better and better, I think they’ve won the last 12 so they’re going to be hard to beat. But in the Better Loosen Up era you were having the best horses from Europe coming here. They had the king George winner, the Arc winner, Belmez who was a superstar of his era. It doesn’t seem to be attracting the Europeans like it used to."

The Japan Cup goes underground in search of new fans 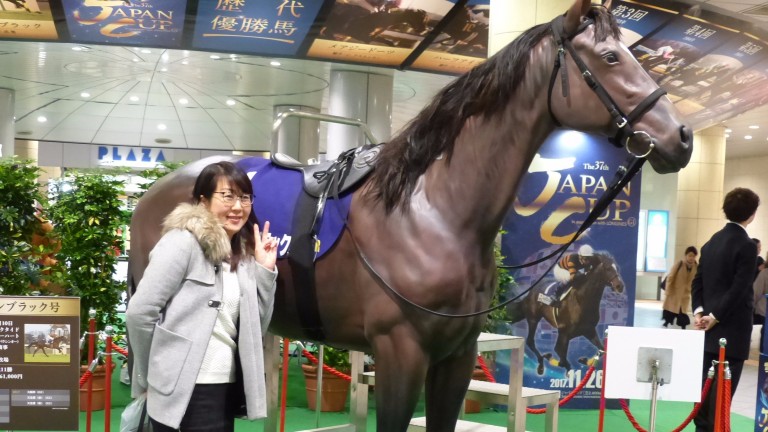 A fan has her photo taken with a model of Kitasan Black at Tokyo's Shiodome station
Racing Post / Scott Burton
Tokyo may be one of the great international urban sprawls but, in it's central business and shopping districts at least, the Japan Racing Association is pulling out all the stops to make sure the event is unmissable.

The great crossroads at Shibuya is dominated by a four storey hoarding for the race on one side, with the official Japan Cup trailer plays on a loop with just one other advert on a giant screen opposite.

The western entrance to the enormous Shinjuku rail and underground station has played host to a robotic horse - sadly by Friday afternoon he appeared to have been retired, perhaps to the Northern Horse Park in Hokkaido, where fans can visit former equine heroes.

But the marketing push is still in full swing both there and at Shiodome station, where people queue to sit on a lifesize version of Kitasan Black, or else play the capsule race simulation - a kind of legends Japan Cup meets fairground attraction - replete with a very enthusiastic master and mistress of ceremonies.

Apart from showing the JRA's considerable financial might, these exhibitions and advertisements show how research has led to carefully segmented targeting of the campaign.

The poster campaign features muticultural teens and 20-somethings, all wearing a variety of national flag-inspired jumpers, while the photo ops, the capsule game and the enormous popularity of 'plushies' - soft toys which commemorate the great champions in Japanese Racing - are all geared to the young and the very young.

A separate part of the campaign aimed at younger women places emphasis on what might be considered 'softer' images of a girls day out and a love of animals. 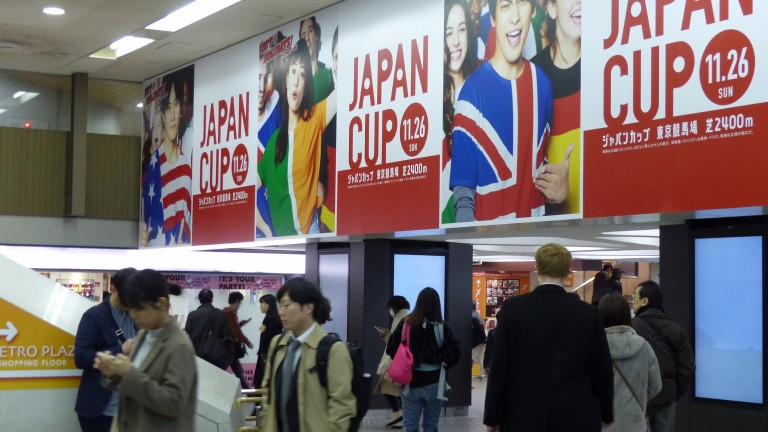 Commuters at Tokyo's Shinjuku station cannot escape the fact that the Japan Cup is being run this Sunday
Racing Post / Scott Burton
Attempts to identify new parts of racing's potential public in Europe have often fallen foul of criticism almost from the start, with the infamous demographic stereotypes of the early Racing For Change years a notable example.

But JRA figures show that, while a regular Saturday or Sunday track attendance is predominantly older and male, that is not necessarily reflected on big Group 1 days.

A base average of 14 per cent of racing crowds made up by women can swell to as much as 25 per cent on days like the Japan Cup (when any attendance much south of 100,000 will be disappointing), while the average age of those on the race track also drops fairly dramatically.

In short, the sport's organising body seem well capable of simultaneously satisfying an older betting public and a younger and more diverse brand of fandom.

The most famous of Yutaka Take's record four victories in the Japan Cup came aboard the legendary Deep Impact in 2006, the four-year-old’s first start since having the hopes of a nation dashed by Rail Link and Pride in the Prix de l’Arc de Triomphe seven weeks earlier.

Deep Impact went on to round off his racing career in spectacular style when circling the entire field in the Arima Kinen.

Despite his first crop at stud only reaching the age of three in 2011, Shadai Farm’s super stallion has already sired the winners of three Japan Cups in Gentildonna (2012, 2013) and Shonan Pandora (2015).

Hopes of adding a fourth rest with a trio of runners on Sunday, headed by last season's Derby winner Makahiki, the mount of Hiroyuki Uchida.

FIRST PUBLISHED 7:05PM, NOV 24 2017
We have to go via Germany so it’s pretty difficult to get home but this horse has had a long spring so I am happy to give him a break