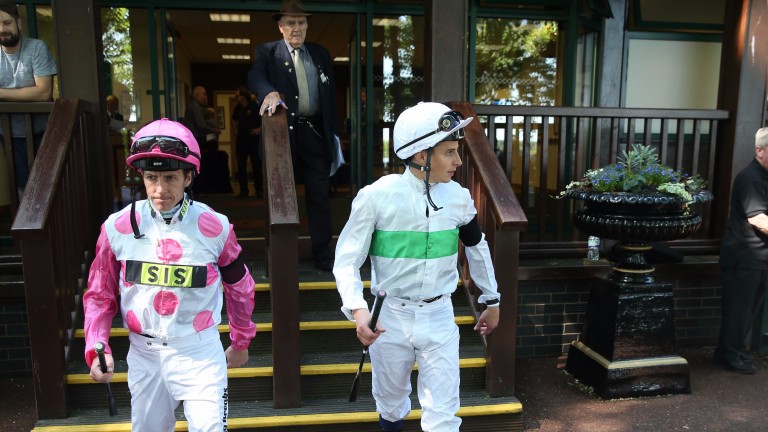 There was a reflective mood at Haydock – the racecourse closest to Manchester – on Friday, with jockeys wearing black armbands and tightened security following Monday night's terrorist attack in the city.

With the country placed on a critical threat level, armed police patrolled the course, which is situated 20 miles to the west of Manchester along the East Lancs Road, and rigorous bag checks were in place.

However, a crowd of approximately 2,500 seemed intent on enjoying the action and relaxing in the sunshine.

The previous day staff at the course observed the minute's silence on the lawns in front of the stands, and the bombing at the Manchester Arena, which killed 22 people including seven children, has resonated deeply.

'Some of the staff were there'

General manager Jason Fildes said: "Some of the racecourse staff were there on Monday night with their children and it has affected us greatly in terms of leaving people shaken up."

A bigger crowd of 9,000 is predicted for the Temples Stakes card on Saturday, when jockeys will again wear black armbands, and a flag supporting the families and victims of the attack will be flown as part of a parachute display by the Silver Stars.

Fildes added: "We've worked closely with the police and local authorities and follow their lead in matters of safety.

FIRST PUBLISHED 6:21PM, MAY 26 2017
It has affected us greatly in terms of leaving people shaken up