Have you got the right profile? Racing fans score low with YouGov 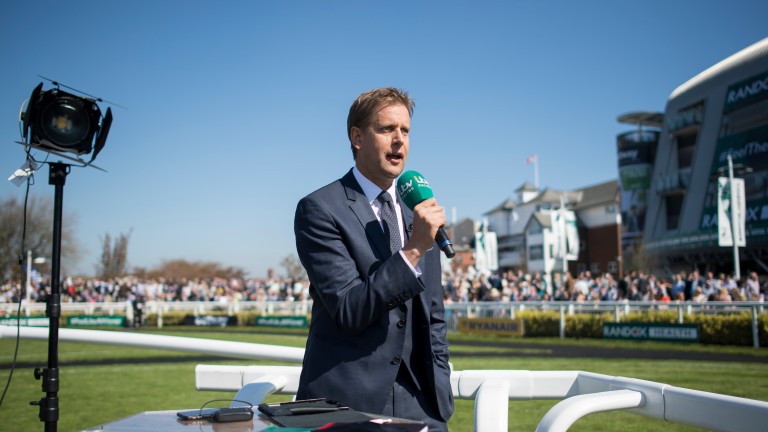 Lots of murmuring on Twitter after the first ITV Grand National. Too much "navel-gazing", in the contested view of Jeremiah Catskill (@jcatskill), as people pawed the audience figures and wondered why viewership suddenly dropped from 8.2 million to about three dozen, ten seconds into the presentation ceremony. No – sorry, no, not that.

No, it was about the weather, apparently too good for staying in for TV. But when Many Clouds won and 8.8m watched, it was "cracking the flags", said James Willoughby (@Prof_Hindsight, with a nice turn of phrase). John B (@johnbarclay75), contrarily, recalled it was "sunny but crisp and with a wind". Perhaps it depends whether you were in the Shetlands or Torquay. Anyway, how reliable are the figures? What is the import of the 0.6m difference?

You might think multi-device, online and delayed viewing, people watching on the phone in the bath and so on, have undermined traditional audience metrics.

But have a look at Barb (Broadcasters' Audience Research Board). It doesn't look like they're taking it easy there - and why would they? It would be like continuing to bang out gas lamps when everyone had gone electric.

According to Barb, device-based data is now combined with data from the traditional panel. It's got software monitors on PCs, tablets and smartphones and it captures timeshift viewing up to 28 days after the event. Not only does Barb survey 5,100 households (including 12,000 people), a big sample, it seems ready for the future, which is now. So whatever the weather, that 0.6m is probably quite a big deal, given that it's almost seven per cent of the 8.8m.

There was more unpositive news about the National as a YouGov poll (they asked 3,647) found 52 per cent thought the race "very cruel or fairly cruel". What is "fairly cruel"? Can you have that?

Now have a look at YouGov. Its regular citation on serious matters confers superficial gravity. But there's a Springeresque approach on the site, which has topical, occasionally silly polls every day. On Thursday, for example, there was "Is life fair?" Unsurprisingly three-quarters of Brits think it's not (Conservative voters are most sanguine).

YouGov also compiles profiles to help businesses stereotype customers. The sample profile for a racing fan is interesting. There are 3,628 fans registered on the site and the sum, or average, of their personalities and professions is this. See how you match up.

You're male (obviously). You are 40-54. You are of low social grade and live in the north. Politically you are quite far to the right. Not off the actual scale, but you're only two notches away. You have less than £125 spare cash each month. You read the Sun, but wear Dolce & Gabbana and Armani (and Miss Sixty – bit of an outlier there).

You like Mrs Brown's Boys D'Movie, The Chase, Cheryl Cole, Tulisa Contostavlos and asparagus soup. You think you are easy-going, good company and trustworthy. But actually you are nervous, impatient and careless. Sounds just like you, right? Not pretty. But probably not worth your attention either, except for a bit of mockery.

In the world of polls, 52-48 is a popular result. Just like YouGov and Brexit, but creating less friction, the Racing Post's Twitter poll on which TV channel is better returned that score for ITV over Channel 4. There were 2,009 votes, too, so it's almost as good as YouGov. Take no notice.

Back outdoors, there's about 52 per cent Flat and 48 jumps, but it is gradually changing. The Classic trials are almost here.

Newbury is a bit coy about its two days of opinion-forming racing. Frankel gets a mention, along with Kingman and Star Of Seville, but you'd like a bit more context for the Greenham and the Dubai DutyFree Stakes registered as the Fred Darling Stakes.

It would be great to have video, with Frankel and some oldies. I've had a look on YouTube. The only video of Celtic Swing's win (1995) is sad, mad and bad, looking like someone has drawn it with crayons, but there's some excellent stuff, such as the one of Kris (1979). As a bonus, the recording starts at the very moment black and white telly changed into colour.

Newmarket offers three paragraphs per day for the Craven meeting, with even less of a nod to heritage than Newbury. It's got one of those 'Thanks for popping in' screens that reminds you "all of the events are high in demand, so we wouldn’t want you to miss out". All of them, you get me? Actually some of the Newmarket Nights are okay, and the Jacksons still look pretty cool.

Even if they go Premier they'll probably pass the surreal Newmarket dress code, which is right at the top of visitor information, daring you to contravene it.

"Most gentlemen would choose to wear smart trousers and formal shoes to complete the look." But would they? What look? It doesn't actually say. And what happens if they don't?

Then you get: "Whilst there is no formal restriction on wearing jeans, these are rarely seen in the Premier Enclosure." It's a paranoid construction - as if the jeans have taken on independent life and, like marauding raccoons, got into the enclosure despite everyone's best efforts not to wear them.

'Ladies' fare no better, with the tortuous advice that "Many ladies opt for a hat, although it is not compulsory." And?

In general, you are told, prepare as if for a "smart wedding". This is withering. It makes you suspect the sort of enjoyable weddings you have been to, which seemed perfectly fine at the time, were actually rather scruffy, don't you know, and altogether unPremier.

This is an old drum with a worn skin but it must be banged. People who fancy going to Newmarket (not the only offender, but one of the worst) might log on to this site to buy tickets, and what other leisure event harangues its customers with a page of instructions about their trousers? It's preposterous.