News TO RUN OR NOT TO RUN 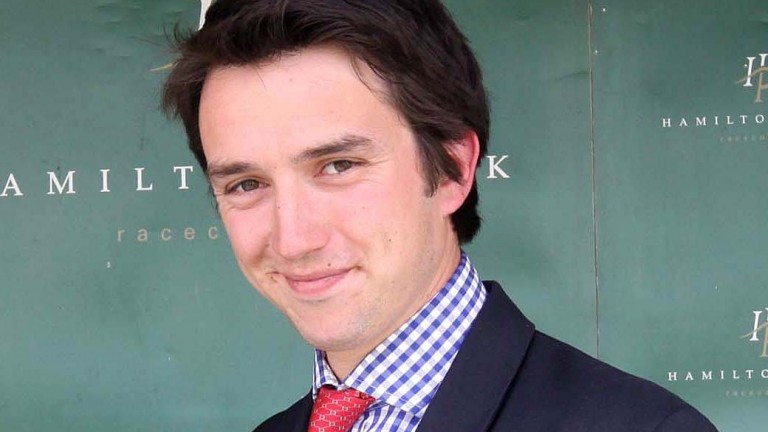 Ben Haslam: might have withdrawn Porrima if he was still able to self-certify
John Grossick / racingpost.com/photos
1 of 1
By James Burn UPDATED 6:25PM, APR 9 2018

Porrima's defeat at Wolverhampton on Saturday has been used as an example of the downsides of the BHA withdrawing the ability of 13 trainers to self-certificate non-runners.

The warning came from Alice Haslam, whose husband Ben was last week among the blacklisted operators who will now have to call a vet to issue a certificate for horses deemed not fit or healthy enough to run, having been banned for a year from self-certifying themselves.

In a letter to the Racing Post, Haslam highlighted the run of Porrima, who started at 9-2 for a 7f handicap but beat only one rival home.

She hinted her husband, had he been able to self-certify, would not have run her.

"The day before the race, she was very quiet in herself," Haslam wrote. "Nothing was outwardly wrong, she trotted up sound and she ate her dinner as usual. Had we called a vet out, as we now have to do, they would have been completely unable to issue a certificate saying she couldn't run.

"Had we not felt the pressure from the BHA and our newly enforced ban, not to mention the press around it, we might well have followed our gut feelings – which admittedly are sometimes proved wrong, but certainly not always – and taken her out.

"This option has been taken away, and she went to the races looking outwardly fantastic. The gut feeling seemed all wrong as she looked a million dollars in the parade ring and the punters were keen to put their money on.

"She proceeded to get wound up in a way she never has before down at the start, ran with the choke out and came home vying for last. I then had to lead a clearly distressed horse back to the stable yard, where she was found to have suffered a heart fibrillation."

Ben Haslam, who fully accepted the ruling body's decision, lost the right to self-certify after his percentage of non-runners from declarations was in excess of the 14 per cent BHA threshold on the Flat – it is currently 12 per cent over jumps – that was set last April.

Alice Haslam added: "From a punter's point of view, surely they should feel safer knowing that every horse they back has gone to the races with the full confidence of the yard behind it."

There was, however, good news on Monday for Richard Whitaker, one of the 13 trainers on the suspended list.

He queried one of his non-runners during a period when the BHA – whose chief operating officer Richard Wayman stressed horse welfare must continue to come first on release of the data last week – provided an allowance because of the cold and extreme weather and his revised numbers are now below the 14 per cent limit, so he will still be able to self-certify.

"All of the bodies who took part in the recent review agreed we should aim to reduce non-runner rates by targeting the very small number of trainers who are consistently generating a high rate of non-runners, and avoid putting in place measures that unfairly affect or restrict those trainers who operate within the spirit of the rules," said the BHA's head of media Robin Mounsey.

Crackdown: BHA axes self-cert ability for 13 trainers after too many non-runners

FIRST PUBLISHED 6:22PM, APR 9 2018
She proceeded to get wound up in a way she never has before down at the start, ran with the choke out and came home vying for last