Harvey lands thriller to give Skeltons another day to remember 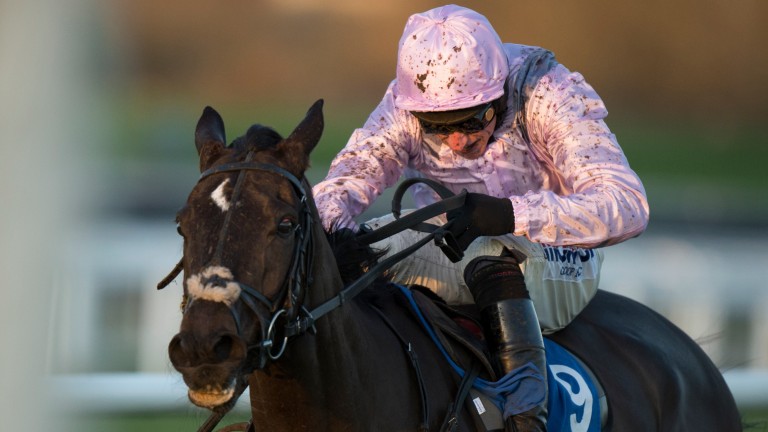 At one stage Dan Skelton thought he had three live contenders for the Greatwood Hurdle, yet he almost ended up with no runners. But a twist of fate meant North Hill Harvey was rerouted from Wincanton last weekend to be the stable’s sole representative. The rest is now history.

Under an all-action drive from the trainer’s younger brother Harry, North Hill Harvey repelled the late charge of Modus to go one better than stablemate Superb Story in the race last year. On that occasion it was Skelton’s mentor Paul Nicholls who won the race with Old Guard, but this time the protege was on top, with Nicholls having to settle for second.

“I went to Wincanton last Saturday and left as mad as a wasp thinking I couldn’t run in the Elite Hurdle, but sometimes lady luck is on your side,” said Skelton, who felt the ground was not soft enough for North Hill Harvey to run on that occasion.

“We were running until Virgilio ran and pulled up and, I’ll be honest, I left like a petulant child, but sometimes these things happen for a reason.”

With rain scuppering any hope of Ch’Tibello running here and a snotty nose costing Meet The Legend his place too, it was left to supersub North Hill Harvey to show no ill effects of his pointless journey to Wincanton, tanking throughout and digging deep from the back of the last hurdle.

“I thought the jump two out might have cost him as he was a little bit slack, and then I thought Modus had come to beat us,” added Skelton. “But to be fair to ours he’s stuck his head out and really wanted it.

"He was big and bold at the last and jumped it like a chaser, and that’s what he'll be next year, but we always said we’d spend this year over hurdles. It’s a big day.”

Among the winning owners were Gary and Beverley Widdowson, a couple synonymous with the Skeltons, as they also own showjumping legend Big Star, the horse who gave Dan’s 58-year-old dad Nick individual gold at the Rio Olympics in August.

The Widdowsons missed the race as they enjoyed a holiday with Nick to celebrate their Olympic success, although Richard and Lizzie Kelvin-Hughes, also part-owners, were on hand to collect the trophy.

Looking to the future, Skelton added: “I’d probably look at coming back here for something like the International if he’s okay, but this extra year over hurdles was to win a race like that, not three! That’s probably the hurdle he can win this year off his mark.”

Despite the euphoria of more success on jump racing’s finest stage, Skelton was keen to put things in perspective on an emotional afternoon.

“It’s funny this game,” he said. “Sometimes it all runs into your ditch and on other days, like it has been for Nicky Henderson, it all runs out of it. He’s just had the 24 hours from hell.

"We all do it for the big days and we do it for all the right reasons, but the biggest pleasure is taking your horses home. Nicky doesn’t get to do that with one of his horses tonight.”

FIRST PUBLISHED 3:08PM, NOV 13 2016
He was big and bold at the last and jumped it like a chaser, and that's what he will be next year, but we always said we'd spend this year over hurdles. It's a big day