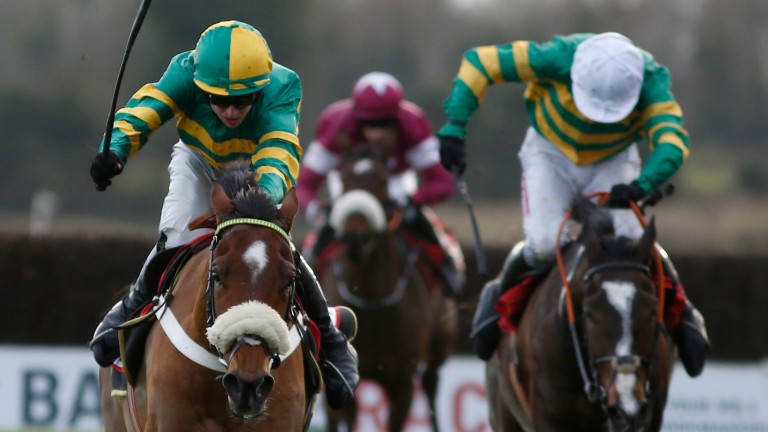 This race has has been won or at least contested by many of Ireland’s top staying chasers of recent history and this year’s renewal is another cracker.

The Eddie Harty-trained Coney Island already sits near the top of the betting for the RSA Chase market and will be bidding to cement his status as one of the most exciting staying chasers in Ireland.

He was too strong for Alpha Des Obeaux in the Grade 1 Drinmore Novice Chase at Fairyhouse last time, but it’s worth noting that Bryan Cooper has won the past two runnings of this race - Don Poli in 2014 and No More Heroes last year - and he chooses Alpha Des Obeaux over Prince Of Scars, A Toi Phil and Disko today. The Mouse Morris-trained chaser will be suited by stepping back up to 3m.

Willie Mullins has had a brilliant Christmas festival thus far and will be hoping that either Bellow Mome or Briar Hill can provide the stable with yet another Grade 1 win.

This race has been a great guide for the Cheltenham Festival in recent years with Don Poli winning in 2014 before going on to score in that season's RSA Chase. Other horses to go on to Cheltenham glory in the same season include Back In Focus (2012) and Bostons Angel (2010).

It pays to follow horses who arrive in good form as seven of the last ten winners had come here on the back of a win over fences. Furthermore, the Drinmore has been a good guide with Cailin Alainn [2006], Pandorama [2009] and No More Heroes [2015] stepping forward from their Fairyhouse wins to take this.

What they say
Gordon Elliott, trainer of A Toi Phil, Jetstream Jack and Prince Of Scars
A Toi Phil was very good when he won his beginners' chase at Down Royal and he followed that up in good style when he beat a good field at Punchestown in a Grade 2. On that form he would have the measure of Jetstream Jack, who was seven lengths behind him that day, but I thought he was a little disappointing in the Drinmore. Both Jetstream Jack and A Toi Phil are in top form and will love the ground. I couldn't be happier with Prince Of Scars. Although he hasn't won over fences yet, I think he can run well in this.

Eddie Harty, trainer of Coney Island
He’s in top form at home and coming here on the back of a good win at Grade 1 level in the Drinmore. It’s a very good race but we are expecting another good run from him. He was only narrowly touched off behind Bellshill in a 3m Grade 1 over hurdles last season and I have no doubts about him stepping up to that trip again. He’s always been a stayer in my mind.

Noel Meade, trainer of Disko
He won his beginners’ in fine style but we weren’t happy with how he ran at Punchestown last time. The jury is out a bit with regards what trip he wants, but he’s bred to stay and I think he'll see out the three miles well.

Mags Mullins, trainer of Martello Tower
It’s some race - fingers crossed, though. It would be great if he could run well and it would be the best Christmas present you could hope for. He wouldn't have minded if it had come up softer but he has won on this type of ground before in the past. He has lots of schooling done and touch wood he jumps great. He actually schooled over fences around Leopardstown before winning his point-to-point, so although he hasn’t run there over fences, he has a little bit of experience there.

Jessica Harrington, trainer of Our Duke
I liked what I saw from him at Navan last time when he won his beginners’ by 11 lengths. The next logical step for him was to try and tackle a Grade 1 and he is entitled to take his chance. His pedigree suggests he’ll stay.