Latest CALLING IT A DAY 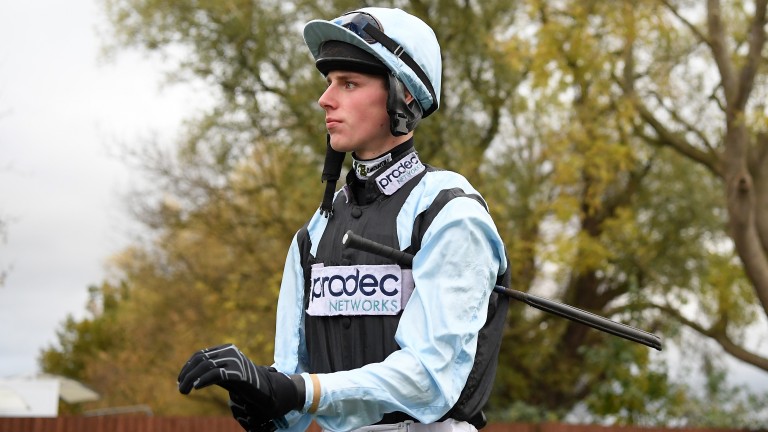 Harry Teal: bowed out after Bob Ford pulled up at Chepstow on Friday
Getty Images
1 of 1
By James Burn UPDATED 11:40AM, FEB 1 2020

The curtain came down on Harry Teal's brief career at Chepstow on Friday and the conditional spoke of his pride at being able to sign off on his terms after suffering from depression last year.

Teal, who partnered one winner on the Flat and 28 over jumps in Britain, has been forced to quit the saddle because of his weight, which he has faced an on-off battle with during the last few years.

The 23-year-old, son of Lambourn trainer Roger Teal, rode his first winner on his father's Miss Lillie at Lingfield in February 2016 and bowed out after Bob Ford pulled up in the 3m2f handicap chase.

Speaking candidly, he said: "It's just the weight, I'm struggling, and health issues. I need to be healthy and being six foot-three and a jockey doesn't allow you to lead too healthy a lifestyle.

"I had depression at the start of last year from riding and my weight, and the Professional Jockeys Association and Injured Jockeys Fund were brilliant. They got me back on track and I was able to continue riding and went counselling every week."

Grateful for the help he received, Teal added: "The support was heartwarming and I can't thank everyone enough because without them I probably would have stopped last year and not had a very good experience finishing. I wouldn't have enjoyed it and would have gone sour to it, but I've come back and enjoyed it, even pulling up like today.

"It's my passion and I think I needed to go through the depression to make me realise how much I loved it.

"Mick Fitzgerald was brilliant through it, as were a lot of other support networks in and out of racing, which I'm very thankful for."

Teal's last winner came on Bob Ford at Uttoxeter in November, but his most memorable came in the colours of the McNeill family on the Warren Greatrex-trained Keeper Hill in a Pertemps Qualifier on Classic Chase day at Warwick last year. 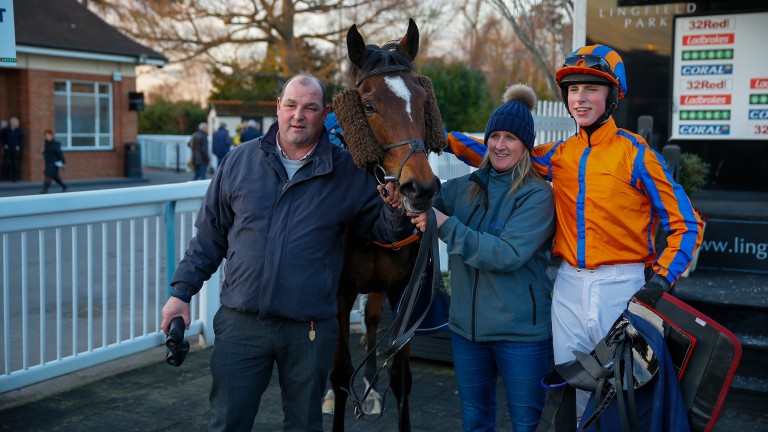 "I would have wanted a lot more winners, but I'm very happy and feel privileged to have been given the chances," he continued. "I've loved every minute of it and if I could I'd carry on.

"Keeper Hill has to be the highlight. He provided me with my biggest winner, which was on ITV, but I've enjoyed so much else. Bob Ford, for instance, and running around these tracks and winning on him at Uttoxeter – I adore him and smile from ear to ear when I get on him. I've pulled up there, but thoroughly enjoyed riding him.

"I'd tell any youngster to make the most of it because it will be the best job you ever do. You've got to work hard and I didn't get it easy, but I got some rewards and I'm delighted to be going out with nearly 30 winners."

Teal's next job will be assisting his father, who in December expanded his training operation by moving to Windsor House – the yard Nicky Henderson started his career from in 1978. There is hope it could house a Classic contender in Kenzai Warrior, the Horris Hill winner who can be backed at 33-1 for the Qipco 2,000 Guineas.

"As one door closes, another one opens," added Teal. "Dad is ready for an assistant trainer. It wasn't my first plan – I'll admit that – but it seems the right one.

"He's doubled in horses and had a brilliant season in 2018 with Tip Two Win finishing second in the 2,000 Guineas and backed that up last term with his best ever campaign, while he's got a serious contender for the Guineas again. It seems the right time to do it."

More immediately, Teal was looking forward to something tasty to eat and not worrying about the scales, saying: "I'll definitely take the missus out for a well-earned dinner as she's been there through thick and thin and seen me at my worst."

FIRST PUBLISHED 10:30AM, FEB 1 2020
I had depression at the start of last year from riding and my weight