Harry heads to Ascot for his next step towards festival 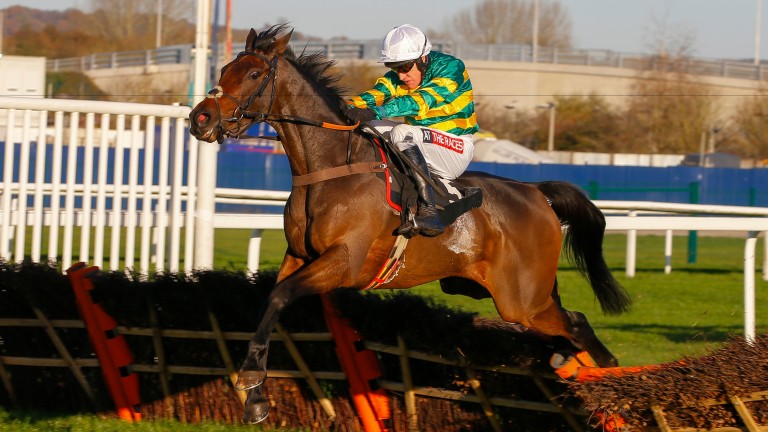 The Harry Fry-trained Unowhatimeanharry could face as many as 12 rivals when he takes the next step on the road to the Cheltenham Festival in Saturday's Long Walk Hurdle at Ascot.

Britain's leading Stayers' Hurdle hope is no bigger than 5-1 for the festival contest after a convincing Grade 2 success at Newbury last month and trainer Harry Fry confirmed him on course for Saturday’s race.

He  said: “Unowhatimeanharry is all set to go to Ascot as he's come out of his Newbury win in great order. He's won right-handed in the past and it looks like being goodish ground, which should not pose a problem.

“As long as everything goes as expected on Saturday he'll write his own timetable until the spring as there are not that many options. His next run will probably be in the Cleeve Hurdle at Cheltenham in January and then back there in March for the Stayers' Hurdle.”

Reve De Sivola won the race three times in a row from 2012 to 2014, and Nick Williams’ charge is the most experienced among the entries at the age of 11, while champion trainer Paul Nicholls has two options in Zarkandar and Ptit Zig.

France could be represented by the Francois Nicolle-trained Alex De Larredya, who is owned by Simon Munir. The six-year-old landed the Grade 1 Grand Prix d’Automne over 3m at Auteuil last month and is a general 7-1 chance for the Long Walk.

Unowhatimeanharry is a top-priced 6-4 for Ascot with bet365, with Lil Rockerfeller at a general 13-2.

The race formerly known as the Ladbroke Hurdle will be staged this year as the Grade 3 Wessex Youth Trust Handicap Hurdle, but Gordon Elliott’s Campeador, who had been among the favourites in some bookmakers lists, will not run.

However, Elliott could be represented by the five-year-old Mick Jazz. He said: “We decided to take Campeador out and keep him for a handicap hurdle at Leopardstown in January. Mick Jazz is a possible for the race on Saturday.”

FIRST PUBLISHED 5:35PM, DEC 12 2016
As long as everything goes as expected on Saturday he will write his own timetable until the spring, as there are not that many options