Harry Cobden: making a name for himself in December 2016 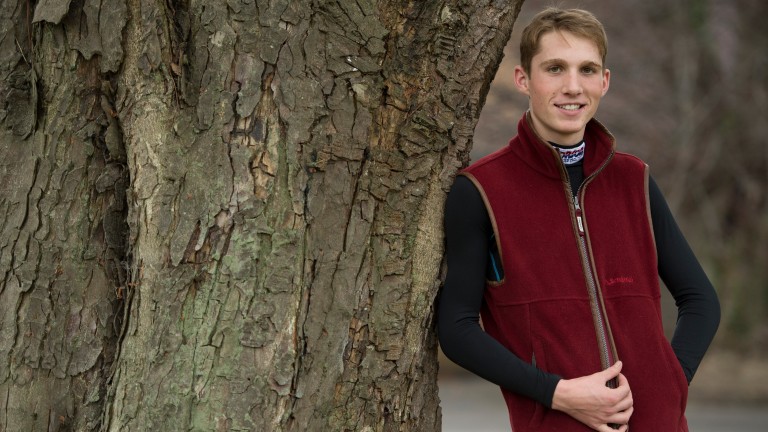 Eighteenth birthday celebrations can be incendiary affairs, although the transition from boy to man is not quite as significant as of yore. People can now vote before they are 18, they can take their driving test, and in Harry Cobden's case, they can land enough winners to be riding high at the top of the Stobart conditionals' championship.

Nevertheless, Cobden won't forget last month's 18th birthday in a hurry. It fell on November 5, the same date on which Lester Piggott was born 63 years earlier, and Guy Fawkes Night to boot. It was incendiary in its way, too, because on that day Cobden rode a hat-trick of winners at Wincanton, all for Paul Nicholls. With a kinder fate he could easily have ridden four or five.

It's rare for any conditional to ride three winners in a day – much less in the first three races, as Cobden did at Wincanton. In the next race he fell at the last when he was on the leader's heels, finished runner-up on his next ride and again came a cropper at the last, this time when leading aboard Southfield Theatre in the prestigious Badger Ales Trophy.

"The day started well, then it went downhill," Cobden reflects, a shade dolefully. "I know it was a good day because I rode three winners, but there was frustration as well. You can't really complain when you have three winners. It's not too bad, I suppose."

Most other conditional jockeys would be cock-a-hoop, yet Cobden's words convey a sense of grudging acceptance that it wasn't a bad day's work. Call it the impetuousness of youth, the craving for success, the feeling that nothing can ever happen quickly enough. Except that in Cobden's case it is happening quickly.

That treble, the highlight of which was Frodon's triumph in a Grade 2 chase, opened the floodgates. Cobden followed it by riding Viconte Du Noyer to win a Grade 3 handicap at Cheltenham seven days later, and, two weeks after that, by driving Irving to inch out Apple's Jade in the Fighting Fifth Hurdle. That was his first Grade 1 victory, gained at the first attempt.

What's more, each of those wins came on a Saturday, jump racing's showcase day, when Channel 4's cameras were on hand. The sequence made for a priceless advertisement of Cobden's ability, yet he knew Irving's triumph would probably be his last high-profile winner for a while.

His opportunity had come because Nicholls' stable jockey, Sam Twiston-Davies, had been sidelined through injury for more than seven weeks. Cobden thus advanced from Nicholls' fourth jockey to third in the pecking order. Opportunity knocked, and Cobden answered the door. But with Twiston-Davies back in action, Cobden has returned to more prosaic duties.

"I was lucky enough to ride some nice horses while Sam was injured but it's back to normal now," he says. "There's no frustration; it was always going to happen that way. That's one thing you learn very quickly in racing: the minute you think things might be becoming a bit easier, they get harder again."

Still, Cobden's golden November had yielded dividends. We met at Fontwell on Tuesday, where the jockey had his first two rides for Richard Mitchell. The first, Benbecula, had prospects but spoiled them by jumping persistently right. The second, Thundering Home, was a longshot and ran like it, never showing with a chance.

Although fruitless, it was an instructive afternoon in Cobden's education. He rode his first winner under rules, Ulck Du Lin for Nicholls, only in April last year, yet he is now just eight winners shy of shedding his claim. When that happens he is likely to remain fourth-choice jockey at Ditcheat, behind Twiston-Davies, Nick Scholfield and Sean Bowen. Unless something unforeseen happens he will need to spread his wings to thrive. It is a delicate balance but there is no stable like that of Nicholls when it comes to equine firepower.

"I haven't thought too much about what happens when I lose my claim," he says. "Obviously I'd like to stay at Ditcheat. It's a great place to work, everyone's brilliant and there are plenty of good horses there, so that would be the main objective. I'd be playing fourth fiddle but it's where I want to be, so I'm happy.

"What will happen will happen," he continues. "Rodi Greene is my jockey coach. I talk to him quite a lot, and he says the best thing I can do is keep riding winners. We're all trying to ride out our claim. Rodi says you don't want to be claiming 5lb when you're 25 or people will wonder why you're still claiming."

If anything, the speed at which Cobden has racked up the winners – he rode 30 last season and is up to 35 this time – has worked against him. He goes into Ditcheat every day, where he mucks out and rides three lots to complete his morning's work. He does not ride out for anyone else.

"It would be nice if I could get in with a couple of other yards who might support me," he says. "Hopefully when I ride out my claim I can have one day off a week so I can ride out somewhere, but that's a conversation I'll have to have with the boss. It will be his decision, obviously."

Nicholls, for his part, had kept a close eye on Cobden for some years. His daughter, Megan, was at school with Cobden, whose parents are beef farmers at Lydford-on-Fosse, ten minutes away from Ditcheat. The two youngsters competed against each other for six years on the pony racing circuit, which has been such an important nursery for aspiring jockeys.

Although Cobden started riding when he was two he says Nicholls invariably had his measure. "She was very good; better than me, anyway," he says. But the trainer plainly saw something in Cobden, who was the leading novice point-to-point rider in 2014-15.

"When I was 16 I was riding out once a week for David Brace, who trained pointers in Wales," Cobden recalls. "Then he sold all his horses, I bought two of them and went to work at Anthony Honeyball's, where [Honeyball's partner] Rachael Green trained pointers. I kept my horses there – Cock Of The Rock was the champion pointer and Silver Token won four of his five races. It was my fault that he didn't win all five.

"I'd also been riding out in the summer for Paul Nicholls since I was 13," he continues. "He'd said to me before that I should go to him when I became a conditional. He rang me up and I started at the beginning of last season."

Nicholls already had plenty of faith in the young rider. "I'd just turned 14 and I'd been to the yard only a few times before he told me I was going to school a horse," Cobden relates. "He put me on Kauto Stone."

The younger half-brother of Ditcheat's flagbearer Kauto Star, Kauto Stone had recently been bought for good money from France. "It was the first time I'd ever sat on a horse that good," Cobden says, "but it was soon obvious he knew what he was doing. I just dropped my hands and he popped around. It was a great experience."

Cobden has since repaid Nicholls' faith; 16 of his 35 winners this season – 13 more than nearest rival in the championship Harry Bannister and 11 more than Jonathan Moore, who rides under an Irish licence – have been gained for the champion trainer. However, the young jockey will soon have to prove himself a second time, without allowances, when on a level playing field with the big boys.

Has Cobden been given any words of encouragement? "The boss is not really like that," he says with a smile. "He keeps telling all of us that good horses make good jockeys."

FIRST PUBLISHED 5:00PM, MAR 21 2018
That's one thing you learn very quickly in racing: the minute you think things might be becoming a bit easier, they get harder again