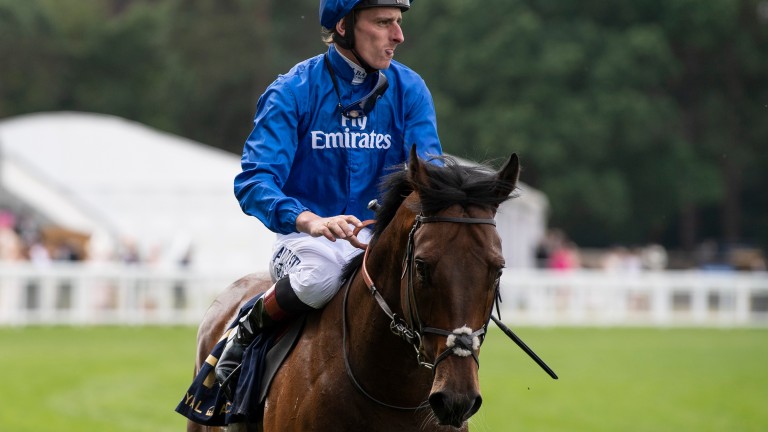 Harry Angel: was lame coming off the track at Royal Ascot on Saturday
Edward Whitaker (racingpost.com/photos)
1 of 1
By Peter Scargill UPDATED 8:31AM, JUN 25 2018

Harry Angel's defence of his Darley July Cup crown is in the balance, trainer Clive Cox said on Sunday after the star sprinter was injured at Royal Ascot.

Harry Angel's chances of a first victory at Ascot on his fifth start there in the Diamond Jubilee Stakes on Saturday were ruined at the start, when the favourite caught his hind leg in the stalls and set off lengths adrift of his rivals.

Cox reported: "He was lame when he came off the track yesterday. He improved overnight but was still sore this morning.

"He has a cut on his near-hind fetlock, which is deep, and on a joint. I’m relieved it’s no worse than that, and not as bad as it seemed it might be when he came off the course yesterday.

"The cut will need to be managed and we’ll have to mind the potential for infection to incur. The vets have flushed it and he’ll have a quiet week and we'll see where we are before thinking about what happens next." 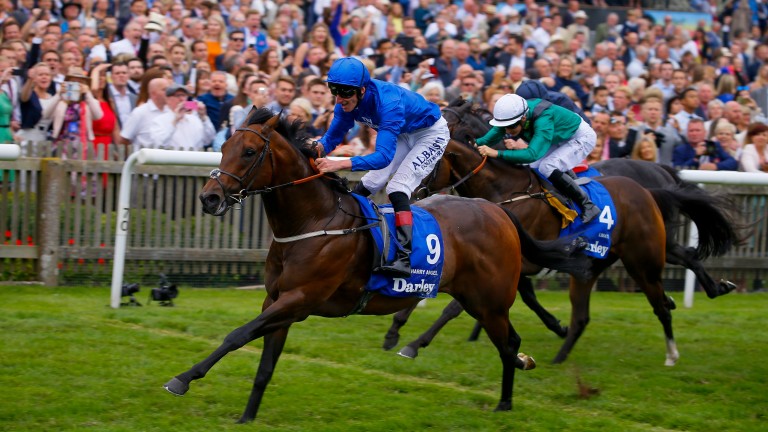 Harry Angel: won the July Cup last year in emphatic fashion
Mark Cranham (racingpost.com/photos)
Cox added of Godolphin's four-year-old, who ended 2017 as the highest-rated sprinter in the world: "He was in excellent form going into the race so what happened was a shame. We’ll be working day and night to help him overcome his issue with the stalls.

"You can rest assured we’ll be doing everything we can to help rectify his confidence in there and help with the anxiety he has with them.

"It's a bit early to say if he'll be running in the July Cup, we'll just sit on it for a week."

Harry Angel is disputing favouritism at around 5-1 for the July Cup a fortnight on Saturday with Diamond Jubilee winner Merchant Navy and King's Stand winner Blue Point, who is also owned by Godolphin.

FIRST PUBLISHED 3:07PM, JUN 24 2018
The vets have flushed it and he’ll have a quiet week and we'll see where we are before thinking about what happens next