Harrison marks return to race-riding in Qatar with a winner 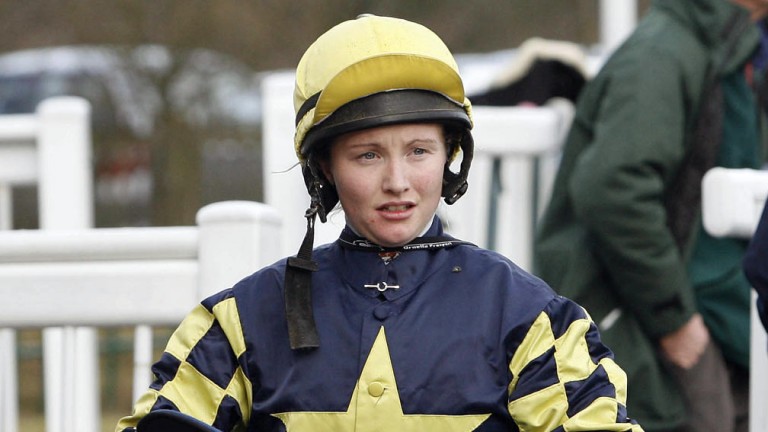 Kelly Harrison: returned to the saddle on Wednesday with a winner
Mark Cranham (racingpost.com/photos)
1 of 1
By Stuart Riley 3:36PM, JAN 6 2017

Kelly Harrison is no longer an ex-jockey and made a winning return to the professional ranks at Al Rayyan in Doha on Wednesday, when guiding the Bustawi Ismail-trained Al Gomry to victory.

Harrison, who rode 123 winners in Britain in a 13-year career before retiring in May 2013, started working in Qatar three and a half years ago.

However, she has left her job as racecourse secretary and judge for the Qatar Racing & Equestrian Club to return to her former vocation - although as yet she has no plans to try to revive her riding career in Britain.

"I've been coming out here for a few years now so know the racing quite well, the opportunity came up and I felt I had to take it," said Harrison, 32.

"For my first ride back to be a winner was fantastic, but the day after was more of a reminder as to how things actually are as I finished nowhere in two maidens."

Harrison, who split Dale Gibson and Michael Hills when second in the 2014 Leger Legends race at Doncaster, has not set herself any targets, continuing: "It's all very new and I'm just trying to get my head around it.

"We'll see how things go here but at the minute I probably won't try to ride again in Britain. It's quite attractive riding here. It's two days a week [Wednesday and Thursday], there's no travelling and it's three times the prize-money. It's much more difficult to get opportunities in Britain.

"The season runs from November until April, a bit like in Dubai, so I'll come back and ride out for William Haggas through the summer, but it's fun and it's a nice place to be during the winter. I've not set any goals, it'll just be full guns blazing until the end of the season and we'll see how I get on."

Not only has Harrison got a new job, but in less than two months she will also have a new surname.

"We get a week off at the beginning of March so I'm getting married [to former British-based rider Jean-Pierre Guillambert] in Thailand," she said.

Harrison's soon-to-be husband was instrumental in her return to the saddle.

"JP works for Jassim Mohammed Ghazali and he suggested I should come back," she explained. "When you get an opportunity like this with the champion trainer you just have to take it."

FIRST PUBLISHED 1:17PM, JAN 6 2017
When you get an opportunity like this with the champion trainer you just have to take it