News LOSS OF A STAR 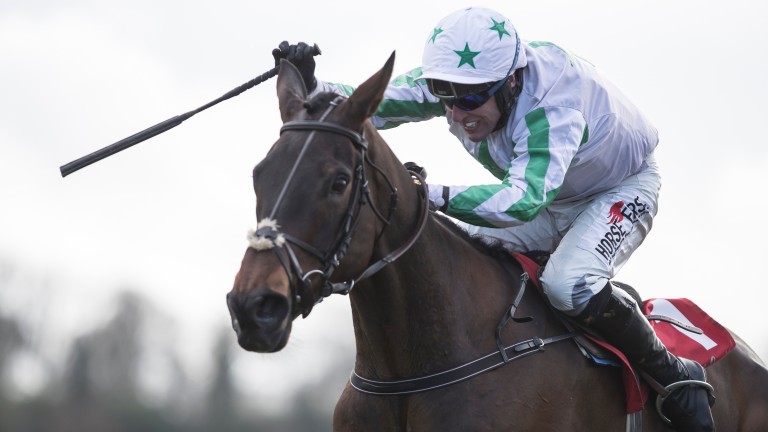 Jessica Harrington on Thursday paid tribute to Our Duke after the death of last season's Irish Grand National winner.

The eight-year-old, one of the stars of Harrington's yard, was last seen competing in the Cheltenham Gold Cup when pulled up behind Native River, and was being readied for the Punchestown festival.

But Harrington tweeted on Thursday afternoon that Our Duke had died of a heart attack after exercising earlier in the day.

We are sad to announce Our Duke died this morning following his usual morning exercise. He suffered a massive heart attack. He is a great loss to the Cooper family & our team. pic.twitter.com/s1sTGzHCY1

Harrington said: “He was back in his box after morning exercise. Robert [Power] had been cantering him. It appears he suffered a heart attack.

"It's very sad. He was a wonderful horse and winning the Irish Grand National last year was a dream come true for me as I'd never won the race. He won by 14 lengths and it was a fantastic performance. He also won a Grade 1 novice at Leopardstown last season.

"He was a lovely character, a big gentle giant, and everyone in the yard loved him. It's very sad for the Cooper family who bred him and owned him. They enjoyed many marvellous days with him.”

Power, who rode Our Duke in all but the first two of his 13 starts, said on Thursday: "I rode him in a light canter this morning and when I came back to the yard after second lot I was told he wasn't right.

"He was as good a chaser as I've ridden and winning the Irish National on him last year was very special. It was as good a performance as there has been in the history of the race and the feel he gave me that day was the best feel I've ever got off a horse in any race.

“It's very sad. It's especially devastating for the Cooper family and his regular work-rider Tracy Piggott."

Having won a Punchestown bumper on his debut – the first of his six successes – and a Leopardstown maiden hurdle, it was over fences where Our Duke shone.

A Grade 1 novice chase winner at Leopardstown in December 2016, Our Duke then won the Irish Grand National at Fairyhouse last April.

He was regarded as one of the leading contenders for this season's Cheltenham Gold Cup off the back of that victory, but had an injury-interrupted campaign and underwent back surgery following a disappointing seasonal reappearance at Down Royal.

The operation worked as he finished fourth in the Irish Gold Cup before beating subsequent RSA winner Presenting Percy in a Grade 2 at Gowran Park.

However, he failed to sparkle when sent off the 9-2 second-favourite for the Gold Cup last month and was pulled up four out.

Identity Thief and Penhill to clash at Punchestown

'End of an era' as Cue Card is retired

Moore on Expert Eye in Greenham

FIRST PUBLISHED 2:42PM, APR 19 2018
He was as good a chaser as I've ridden and winning the Irish National on him last year was very special