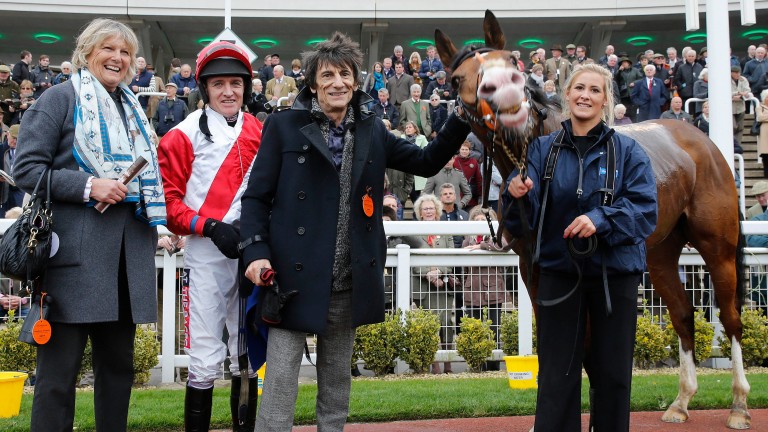 Trainer Jessica Harrington has paid tribute to Sandymount Duke after the admirable ten-year-old, owned and bred by Ronnie Wood of Rolling Stones fame, died after suffering a heart attack.

The versatile ten-time winner, who missed last season's Randox Health Grand National due to a minor setback at the eleventh hour, had been in training at Harrington's Commonstown base.

"He was a brilliant horse, it's not easy to come across one like him," said the Cheltenham Gold Cup-winning trainer.

"He was cantering up the gallop and went by me with his ears pricked just beforehand. He had never shown any signs of anything like what happened before." 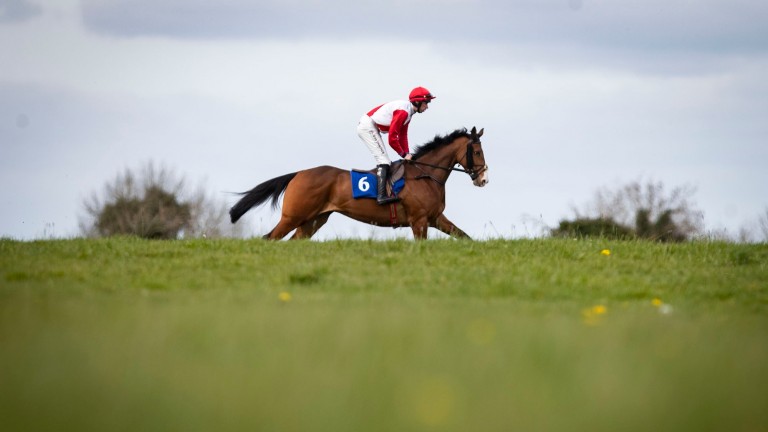 A relentless galloper who finished fifth in the 2017 Galway Plate off a joint career-high mark of 156, the son of Hernando had recorded wins over fences and hurdles, as well as a bumper and Flat maiden victory.

Harrington added: "Ronnie bred him as well as owning him, he's devastated. He was such a lovely horse."

The all conquering dual-purpose trainer provided a positive update on National Hunt stars Sizing John and Supasundae, though, with the pair on course to race later this month.

Harrington said: "Both seem well and will go to Punchestown on Sunday for a gallop. The plan is for Supasundae to head to Leopardstown at Christmas [entered in 2m Leopardstown December Hurdle].

"Sizing John's starting point will be a two-and-a-half mile conditions hurdle at Punchestown on New Year's Eve and we'll take it from there with him."

FIRST PUBLISHED 7:22PM, DEC 6 2019
Ronnie bred him as well as owning him, he's devastated. He was such a lovely horse