Pacesetting Yaha could set things up for Sizing Pottsie in Flyingbolt 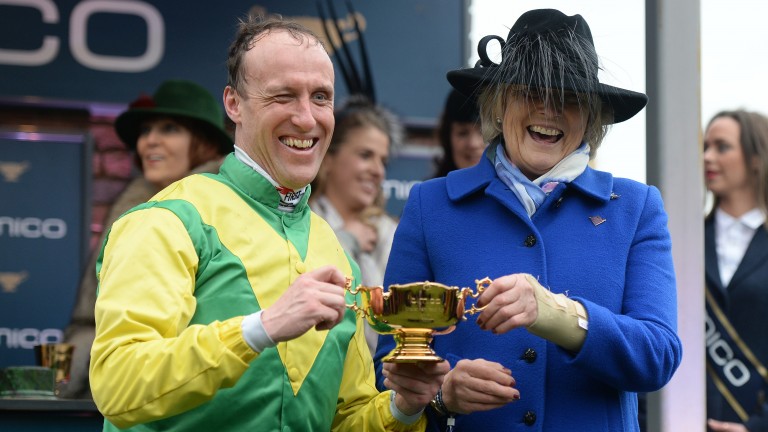 Jessica Harrington and Robbie Power team up with Sizing Pottsie in the Flyingbolt Novice Chase
Harry Trump
1 of 1
By Brian Sheerin UPDATED 9:28AM, MAR 3 2020

Yaha Fizz caught his rivals on the hop when making all to win a 2m novice chase at Punchestown a fortnight ago but the opposition are unlikely to let him off as lightly here.

On that occasion, Yaha Fizz was sent off a 33-1 shot but recaptured his old form under Ryan Treacy, who is aboard again.

His six rivals can't afford him as much rope this time, but his place in the line-up ensures this will be run at a good, honest gallop.

Sizing Pottsie could be the one to benefit most from that scenario. He looked good when landing an overdue success in a beginners chase at Fairyhouse ten days ago and his chance is boosted by this race taking place three days later than originally scheduled, giving him more time to recover from that relatively straightforward success.

Cut The Mustard has made a fine start to her chasing career, winning a pair of mares' races, including the Listed Opera Hat at Naas last month.

She enjoys being ridden forward and is likely to set off in pursuit of Yaha Fizz, but whether she will have enough for Sizing Pottsie at the finish remains to be seen.

Of the remainder, I'm A Game Changer deserves the most respect. A horse with plenty of ability, he's undoubtedly been frustrating throughout his career but it wouldn't be a surprise if he bagged a nice pot such as this one before the season is out.

Jessica Harrington and Willie Mullins have a good record in this race with two winners apiece inside the past decade. Harrington was successful last year with Jetz as well as with Saludos in 2011, while Mullins recorded his wins with Sambremont (2016) and Shakervilz (2010). 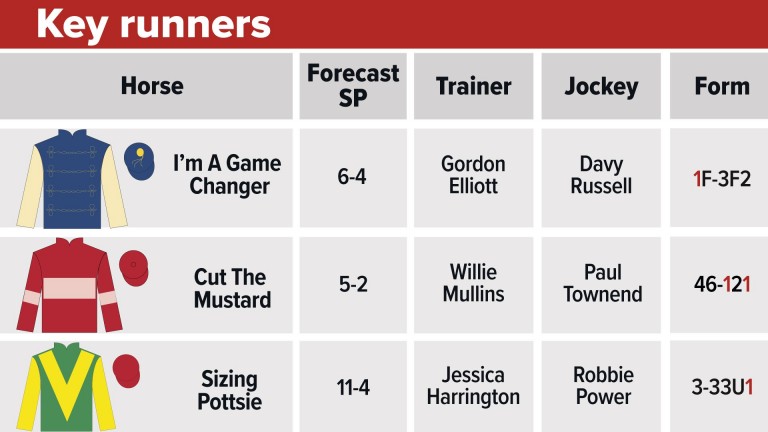 Paul Gilligan, trainer Glamorgan Duke
He owes us nothing after winning a big pot at Leopardstown last time out. He needs to improve again and he’s dropping back in trip to two miles, but I think he has plenty of gears.

Gordon Elliott, trainer of I'm A Game Changer
He's put together a couple of good runs over fences for us. On form and ratings he's in there with a chance.

Jessica Harrington, trainer of Sizing Pottsie
The race being postponed on Saturday isn’t the worst thing in the world because he’s had an extra few days since winning at Fairyhouse last Saturday week. He came out of that in great form and is very well but this is going to be a big ask. With Yaha Fizz in there it’s going to be a fast run race but I’ll leave tactics to Robert - that’s his department.

Philip Dempsey, trainer of Ten Ten
It's a tough race but he's in good form and we're hoping for the best.

FIRST PUBLISHED 6:00PM, MAR 2 2020
He’s had an extra few days since winning at Fairyhouse last Saturday week. He came out of that in great form and is very well

Rachael Blackmore bids for more big-race glory - but this time she's on the Flat Can Willie Mullins and Ryan Moore strike with ante-post punt Saldier? Improving Real Appeal makes the step up in class to land Ballycorus Harrington set to enjoy good times with Alpha Centauri's sister Bargain buy Logo Hunter on track for Group 2 after snaring another stakes prize 'We couldn't be happier with him' - Foley eyeing first Royal Ascot win with Vega