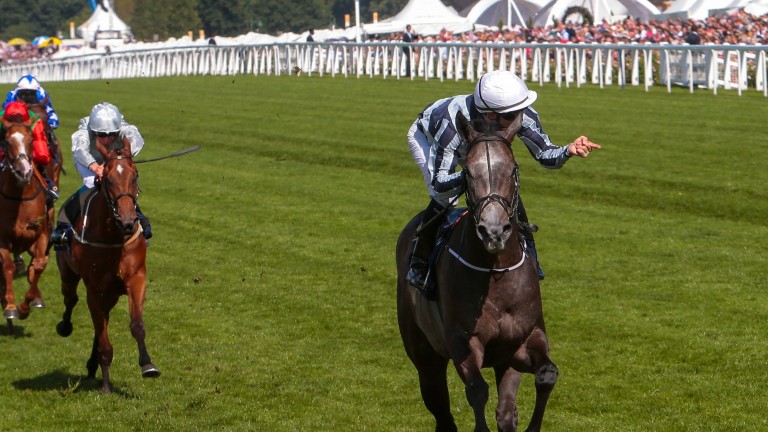 Alpha Centauri's participation in the Tattersalls Falmouth Stakes will hinge on a Monday workout where Jessica Harrington will ask the daughter of Mastercraftsman to go through the gears for the first time since smashing the track record in the Coronation Stakes at Royal Ascot.

The Irish 1,000 Guineas winner produced the standout performance of the week at Royal Ascot when thrashing Threading by six lengths, a dazzling display that earned her an official rating of 122, and Harrington is keen to head to Newmarket on Friday provided she impresses in a crucial piece of work on Monday. 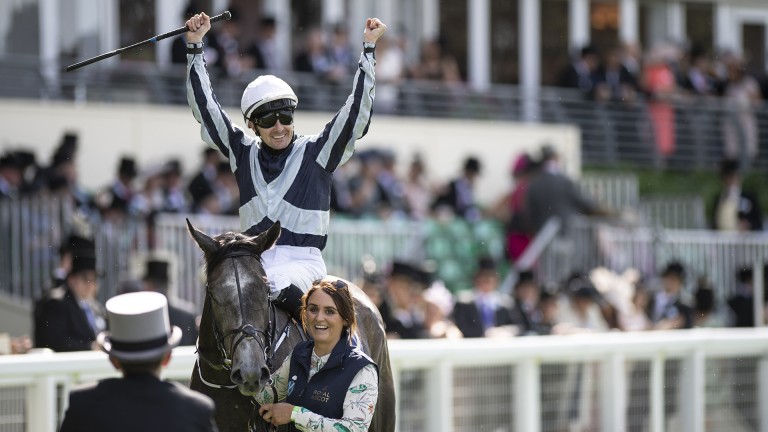 Harrington said: "The Falmouth is a real possibility and it will all depend on how she works on Monday. She needs one proper piece of fast work and that will come on Monday. After that I will be able to give a definite answer one way or the other. I would like to run.

"She has come out of Ascot very well and everyone was very happy with her this morning [Saturday]. She is doing great and, fingers crossed, everything will go well on Monday."

Harrington will definitely be represented at Newmarket's July meeting as Chicas Amigas has been given the green light to contest the Group 2 Duchess of Cambridge Stakes, a race won 12 months ago by Clemmie.

Chicas Amigas is owned by the It's All The Girls Syndicate and was not disgraced in the Albany Stakes at Royal Ascot when seventh of 18 to Main Edition. She was third of nine in her group having shown plenty of early zip.

"Chicas Amigas ran really well at Royal Ascot and goes to Newmarket for the Duchess of Cambridge. I think the six furlongs at Newmarket will be right up her street. She's in great form," Harrington said. 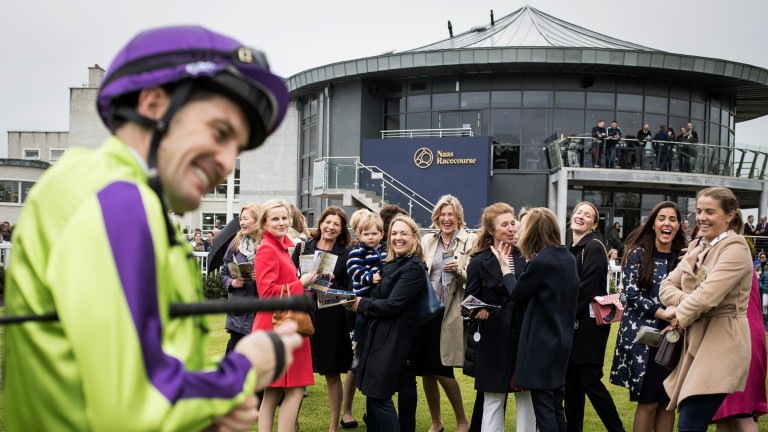 Ladies' day: a shy Colm O'Donoghue approaches the It's All About The Girls syndicate before riding Chicas Amigas
Patrick McCann (racingpost.com/photos)

A first runner in the Melbourne Cup could be on the cards for Harrington too as she is contemplating a crack at Australia's most famous race for Ascot Gold Cup third Torcedor.

Harrington said: "The Melbourne Cup is under serious consideration for Torcedor. There is the Goodwood Cup, the Lonsdale Cup and the Irish St Leger, so he has plenty of options, but Melbourne is definitely on our minds at the moment and we are not ruling it out."

The going at Newmarket on Saturday was good to firm with further watering planned for Sunday.

FIRST PUBLISHED 1:28PM, JUL 7 2018
The Falmouth is a real possibility and it will all depend on how she works on Monday