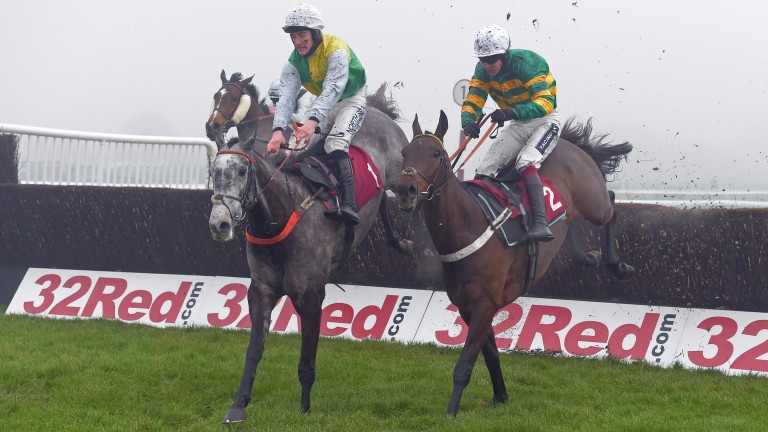 Ben Pauling was on the mark with Barters Hill at this fixture a year ago and has another live chance of bagging a Grade 2 contest with A Hare Breath who is out to advance his Racing Post Arkle claims in this four-runner contest.

The race has been won by some smart performers in the 1980s and 90s, such as the subsequent Champion Chase winners Pearlyman and Deep Sensation, but it remains to be seen if any of the quartet reach those heights.

Top-rated and getting weight off the others, A Hare Breath made no mistake by scoring on his chasing debut at Bangor last month and his trainer is hopeful he can cut it at the next level. The seven-year-old had to be withdrawn from a lesser race at Leicester earlier in the week due to a corn, but Pauling is confident those trials are behind him.

He said: "A Hare Breath only had one day off with his corn and seems fine again now and we thought we might as well have a crack at this. He's been in very good form since Bangor and we expect a big run. He has to win this if he's to be considered for the likes of the Arkle or the JLT at  Cheltenham but we hope to be debating that afterwards."

Paul Nicholls has won this four times in the past and this time relies on Marracudja who will find this easier than his last two starts when he has had a rear view of the mighty Altior.

His trainer said: "He's run consistently well, running in good races. Good ground and going left-handed suits him well. He doesn't have Altior to take on which is a help."

Also carrying a 7lb penalty for a Grade 2 win is Cloudy Dream who was just denied a hat-trick over fences at Haydock last time. Trainer Malcolm Jefferson said: "The ground may have been a bit soft for him that day and the ground on Town Moor should be better for him. He's in good order and we hope to thinking about the Arkle after this."

The quartet is made up by another Northern-based runner in the shape of the progressive Forest Bihan, trained by Brian Ellison. The six-year-old has won two of his three starts over fences, most recently when scoring by 19 lengths at Newcastle last month.

Ellison said: "It depends how far we can go with him but he did it well last time and hopefully we can think about the festivals at Cheltenham, Aintree and Ayr after this."

FIRST PUBLISHED 6:00PM, JAN 27 2017
He has to win this if he's to be considered for the likes of the Arkle or the JLT at Cheltenham but we hope to be debating that afterwards