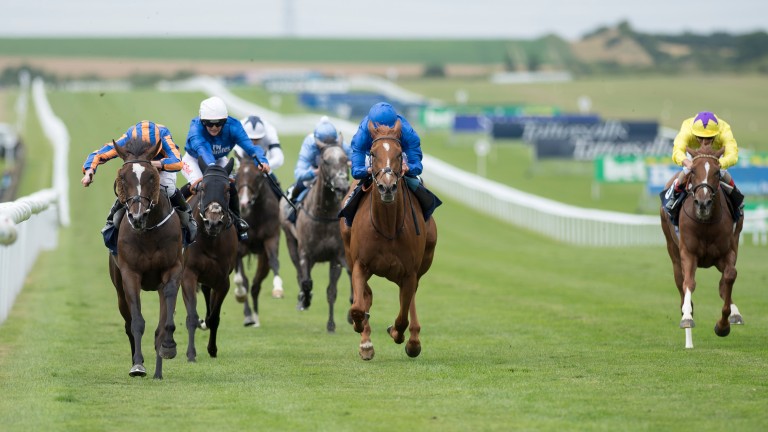 The great Minding had been retired 24 hours earlier but Aidan O'Brien's assault on the Group 1 record continued unchecked when another filly, Roly Poly, delivered his 11th top flight victory of the season.

The late US Hall of Fame trainer Bobby Frankel holds the world record of 25 Flat Group 1 wins in a year and Michael Tabor, a third of the Coolmore triumvirate which bankrolls the sport's most successful racing and breeding operation, believes it is only a matter of time before O'Brien cracks it.

The trainer, who fell two short of the mark in 2001, has three more Group 1 wins to his name than he had at the corresponding stage 16 years ago with Caravaggio, favourite for the Darley July Cup, poised to add another on Saturday. 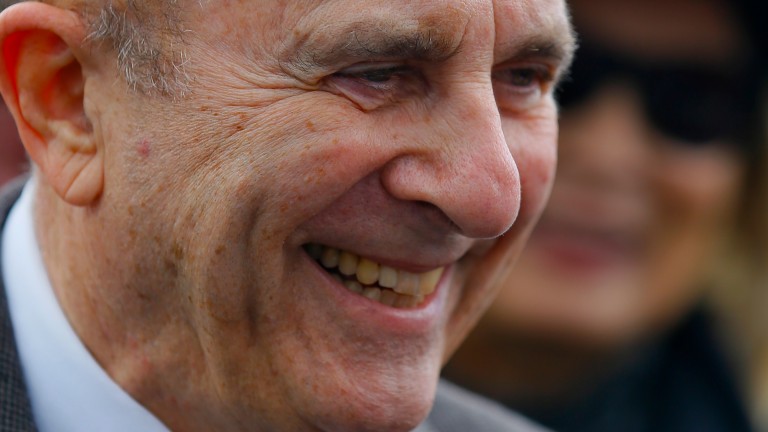 Michael Tabor: 'Let's hope there are many more'
Mark Cranham

"Bobby Frankel was a great trainer and a lovely man. It would be nice if the trainer could achieve his record and beat it, which I'd have thought he would in time."

Roly Poly had chased home Winter in both the Coronation Stakes and Irish 2,000 Guineas and, without her stablemate in the field, seized her chance to secure a Group 1 victory of her own on the track where she won last year's Duchess of Cambridge.

Ryan Moore was determined to get her to the rail exiting the stalls and the pair made the rest of the running, beating Wuheida by a length and three-quarters with Arabian Hope third under Josephine Gordon.

"It was pretty straightforward, actually," said Tabor. "Ryan said the best thing to do was take her to the front, which he did, and she did it well. She's had some near-misses and she's a tough, hardy filly. She's small but she battles well and this surface really suits her." 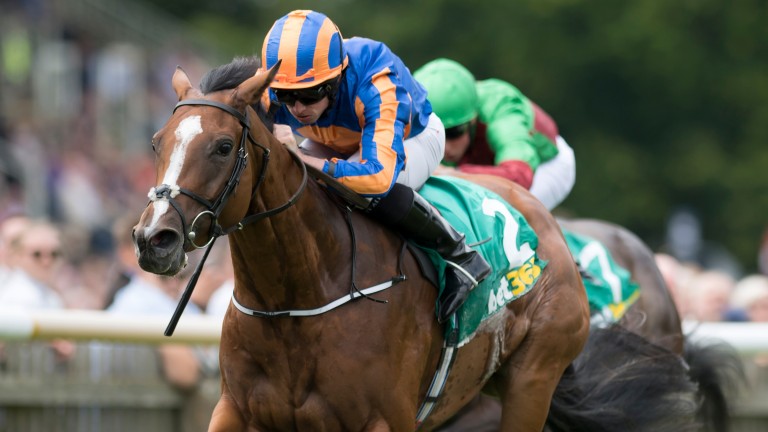 With Clemmie winning the Duchess of Cambridge on the same card there is no shortage of potential heiresses to Minding, although the seven-time Group 1 winner holds a special place in the Tabor memories.

"Minding has to be up there with the very best," he said. "She's an incredible filly, as good a filly as I can remember we've had.

"When you look at the way Clemmie  is bred – a full-sister to Churchill – the general idea is that every year we can produce those families to pass on the genes. That's due to all the thought that goes on behind the scenes, which John Magnier and the team look at in great depth to achieve what we achieve."

Wuheida had been Godolphin's main Classic hopeful in the spring but a training setback delayed her reappearance until now.

Trainer Charlie Appleby said: "We were delighted with that for her first run of the year and it's clear she retains all the ability of last year. We were thinking of going ten furlongs with her next time but William Buick said she still has plenty of speed so we may stick at a mile for now. Something like the Matron Stakes is a possibility."

Arabian Hope had been unbeaten under Gordon but her effort gave last year's champion apprentice her best finish in a Group 1 race.

"There wasn't much pace on in the race which didn't suit her but she's still run a great race," she said. "She's run a career best and is still improving."