Hardwicke winner could be given Hong Kong assignment 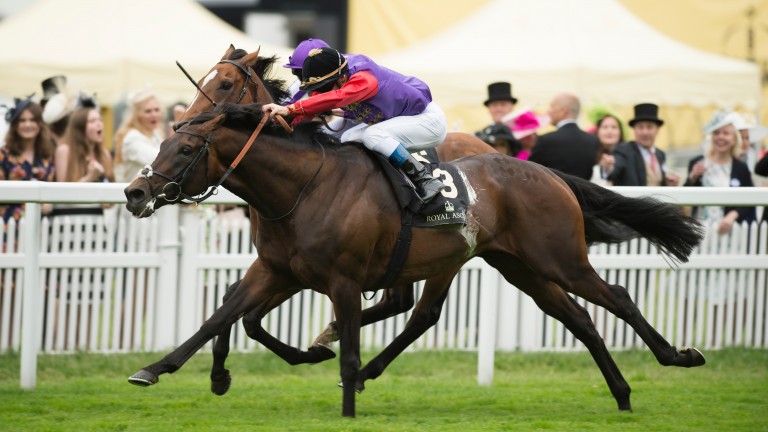 Hardwicke Stakes winner Dartmouth could turn to Hong Kong next in his bid to break through at the top level, with the Hong Kong Vase at Sha Tin on December 11 reportedly under consideration for the Queen's colt.

John Warren, the Queen's bloodstock and racing advisor, said: "We haven't discounted the idea of the Hong Kong Vase for Dartmouth. He has been very well since his second in the Canadian International and we will see how he is nearer the time."

Dartmouth emerged as a Group 1 contender after his Royal Ascot win but has twice been denied at the highest level, finishing third to Highland Reel in the King George and then second to Erupt in the Canadian International on his latest start.

"Hong Kong is on the radar and the decision as to his participation will go down to the wire," Warren added. "The horse has been tremendously consistent all year and it is absolutely the plan that he will stay in training next year."

Dartmouth may not be the only Royal Ascot winner to run in Hong Kong, after Clive Cox revealed King's Stand Stakes winner Profitable is being considerdd for the journey.

Cox said: "It's possible Profitable could go for the Hong Kong Sprint. There is obviously a fair gap between the Abbaye and Hong Kong, so we're going to let the horse take the lead and we will see how he is nearer the race."

FIRST PUBLISHED 11:30AM, OCT 31 2016
Hong Kong is on the radar and the decision about his participation will go down to the wire