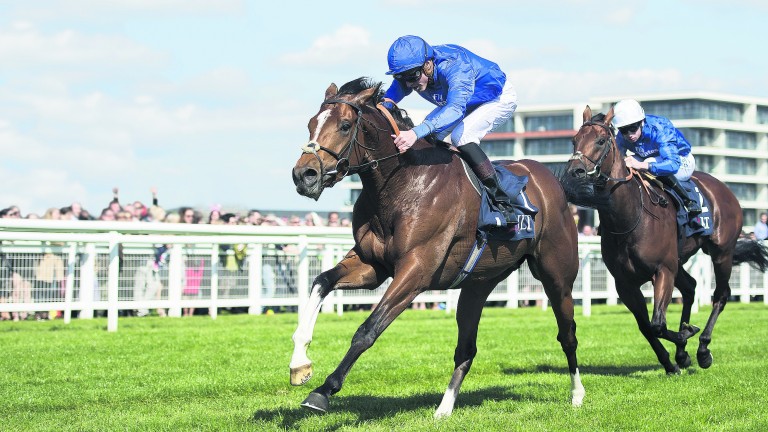 The open nature of the Qatar Prix de l'Arc de Triomphe in the wake of shock defeats for Almanzor and Brametot on Tuesday could make the contest a more viable option for Barney Roy, trainer Richard Hannon indicated on Wednesday.

The Coral-Eclipse runner-up, who is due to run in the Juddmonte International at York next week, is on offer at between 12-1 and 20-1 for the Arc, for which Enable is a best-priced 5-4 favourite and every other horse quoted available at 12-1 and above.

Enable's price contracted after second and third favourites Almanzor and Brametot both disappointed at Deauville.

Hannon said: "I was saying to someone this morning how wide open the Arc is looking. Ideally you’d have a look at the Arc and Breeders’ Cup next year, but we’ll take one race at a time. Obviously if he won the Juddmonte there'd be a lot of options.

"He’s going to stay in the Arc and we’ll talk to the Godolphin team and see what they think."

Barney Roy is 3-1 joint-favourite with Churchill for the York highlight next Wednesday and Hannon added: "He'll do a bit of work tomorrow and he’s in good form.

"His form looks good and the horses who ran in the Eclipse have come out and run well – including Eminent yesterday – and he goes into York in good nick.

"I think he deserves to be towards the head of the market. We think he’s pretty good and the guys who ride him at home tell me he’s improved. He felt good after Sandown and I have to listen to them."

Enable's trainer John Gosden is hoping to get his top fillies So Mi Dar and Shutter Speed back on track at Deauville this weekend but is watching the weather as significant rain could scupper his plans.

So Mi Dar finished fifth of six behind Winter on her belated reappearance in the Nassau Stakes at Goodwood this month but looked to have moved forward from that when impressing in a workout on the Limekilns in Newmarket on Wednesday.

The four-year-old was entitled to need the run at Goodwood after a ten-month absence, plus the ground was softer than ideal, and Gosden is hoping she can turn out again in the Group 1 Prix Jean Romanet at Deauville on Sunday. 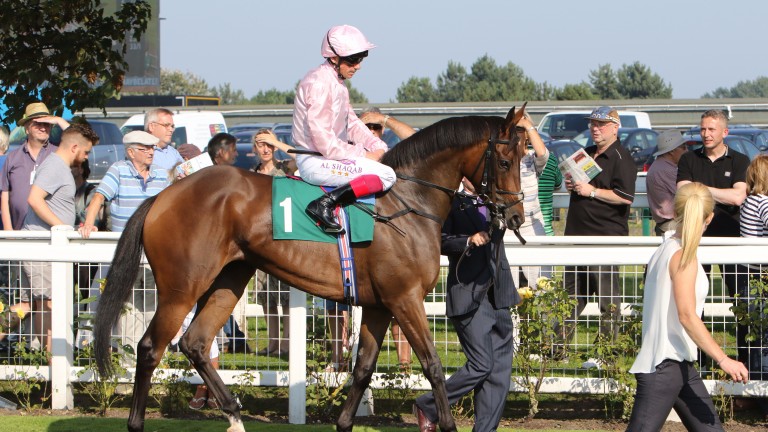 The Newmarket trainer, who won the 1m2f contest with Izzi Top in 2012, said: "So Mi Dar is in good shape and the intention is to take her to the Romanet, but we're on weather watch.

"There's rain about over there and the chance of showers on Friday, although that may head to the south of the track."

Gosden is also hoping to be represented a day earlier in the Group 2 Prix de La Nonette by Shutter Speed, herself a late absentee from the Nassau due to the ground.

The daughter of Dansili had her most recent outing on French soil, finishing fourth in the Prix de Diane at Chantilly in June.

One Newmarket-based horse who will not be crossing the Channel this weekend is Royal Ascot winner Rajasinghe, who will miss his intended first crack at Group 1 level on Sunday after a dirty scope ruled him out of the Prix Morny, for which he had been a 10-1 shot.

The juvenile gave Richard Spencer a memorable first triumph at Royal Ascot when landing the Coventry Stakes and then narrowly failed to follow up under a penalty when third in the July Stakes at Newmarket.

Spencer said on Wednesday: "Unfortunately Rajasinghe scoped dirty this morning, which rules him out of the Prix Morny, which had been his main summer target.

"If he comes right he could run in the Gimcrack at York, or beyond that the Mill Reef at Newbury."

FIRST PUBLISHED 5:10PM, AUG 16 2017
He’s going to stay in the Arc and we’ll talk to the Godolphin team and see what they think