Suspension looks certain to rule Doyle out of Group 1 races 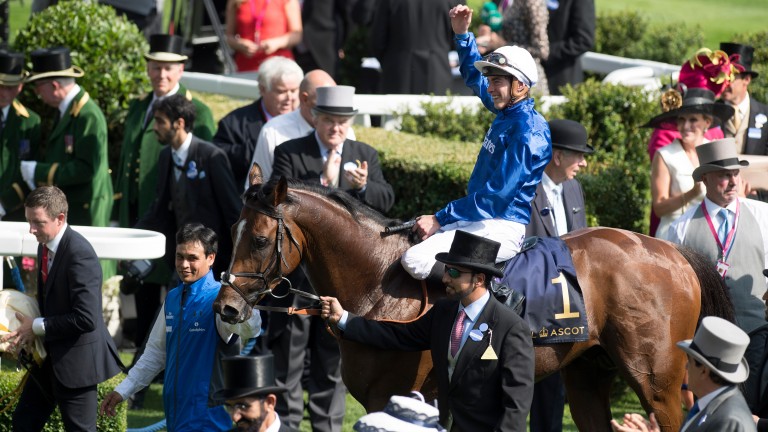 James Doyle after winning on Barney Roy at Royal Ascot: the pair narrowly failed to land the Eclipse
Edward Whitaker
1 of 1
By Lewis Porteous 8:26PM, JUL 8 2017

James Doyle will remember the 2017 Eclipse for both good reasons and bad. His mount Barney Roy ran a barnstormer and played his part in a thrilling finish but the jockey himself has been referred to the BHA under the totting-up procedure.

Doyle used his whip above the permitted level – the offence warrants a suspension of between two and six days – and taking into account it was his fifth such ban within six months, stewards referred him.

The hearing will take place within the next 14 days and the penalty range for the offence is 14 to 42 days, with an entry point of 21. He therefore looks certain to miss the King George and Goodwood. 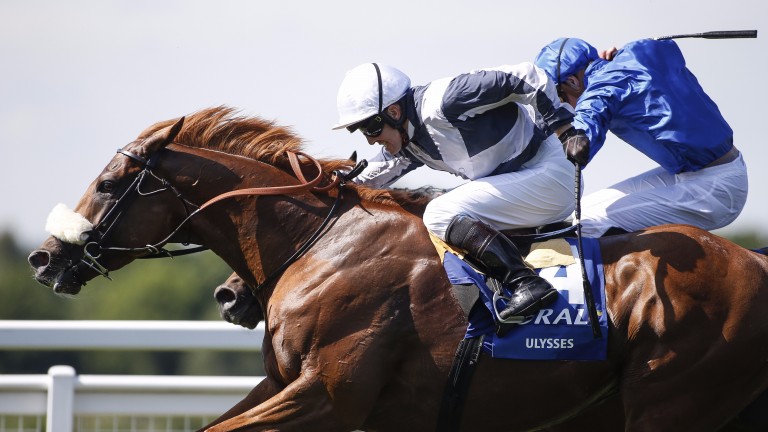 James Doyle (right): referred to the BHA after picking up a whip ban, his fifth within six months
Alan Crowhurst

"I'm obviously disappointed and will have to work hard on it going forward," he said. "I think the rules are fair."

More than fair was the effort of St James's Palace winner Barney Roy, who went down by a pixel to the year-older Ulysses in a photo finish.

Having come under pressure long before Ulysses, Barney Roy looked likely to be swamped as his rival loomed large on his outside, but he dug in for the fight and came tantalisingly close to getting back on top.

“Of course we’re gutted but we’ll get over it,” said trainer Richard Hannon, whose colt was receiving 10lb from Ulysses, which would have been 11lb last year, but the three-year-old allowance has since been diminished by 1lb.

“He ran a super race and was just a shade unlucky but we’re very proud of him. He’s a brave horse and is only a baby. He’s getting better and we’re delighted.” 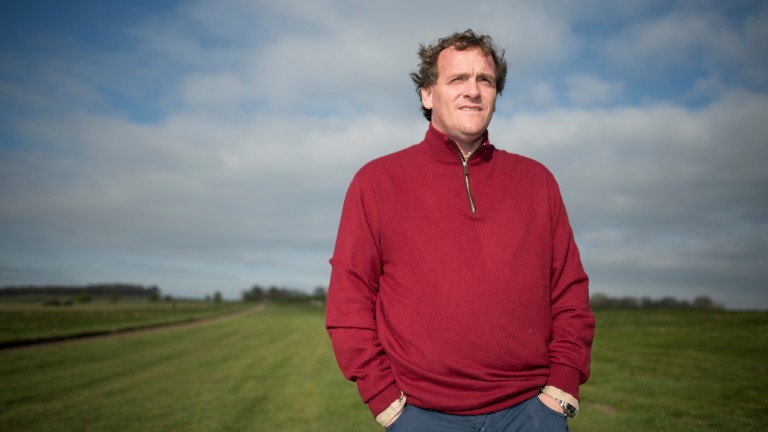 Richard Hannon: 'Of course we’re gutted but we’ll get over it'
Edward Whitaker

Hannon said all options are open for Godolphin's colt, whether that be back at a mile or going up to a mile and a half.

He added: “He’s very good and will be a very good middle-distance horse for this year and next, and I’m sure he’ll get his rewards. He’s come back from a hard race at Ascot and still run his race.”

Although he avoided early scrimmaging on the inside that witnessed favourite Cliffs Moher with no place to go, Doyle said the incident had impacted Barney Roy.

'It's a testament to his determination'

"There was crowding early and Barney Roy took his eye off the ball a bit," he said. "He didn’t take the turn that great either and then hit the first ridge in the straight wrong.

"I thought he was going to be well beaten at one stage but it’s a true testament to his determination that he battled back. It’s a win for me really. He stays well and it opens his options up."

Desert Encounter belied his 50-1 starting price to finish third, much to the delight of rider Sean Levey, who said: “He sits at the back with the best seat in the house and is able to pick them off. He’s probably not got the class of the first two but there’s a big-race in him.”

FIRST PUBLISHED 6:23PM, JUL 8 2017
The penalty range for the offence is 14 to 42 days, with an entry point of 21. He therefore looks certain to miss the King George and Goodwood

Doyle Force: Creative rider off the mark for the week as Appleby bags a 1-2 Richard Birch believes one side of the track holds the key to the Royal Hunt Cup William Buick goes top in title race as he continues fine run of form