What is it about Boardman that impressed our handicappers so much? 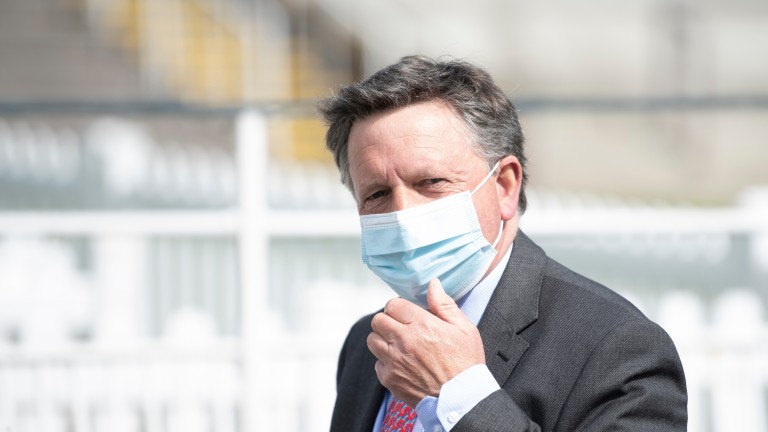 It's not often that a hat-trick seeker is still considered to be ahead of the assessor, but that is the case with Boardman, who achieved a Racing Post Rating of 99 for his win at York a couple of weeks ago, which is 9lb ahead of his BHA mark of 90 in this 7½f handicap.

So what was it about that York performance that impressed our handicappers so much?

Thanks to a new feature in the analysis section of the Racing Post results titled Racing Post Ratings assessment, we now have a window into our handicapper's view and the explanation for giving Boardman such a high RPR for the York race reads: Sound form with the winner again moving well and taking his form to a new level. Solid runner-up helps set the standard.

It appears the race has been rated around the runner-up that day, Danielsflyer, who went into the York contest having won two of his last three races and was given an RPR of 91. That was 2lb higher than for his latest win – and Boardman hammered him by three and a half lengths.

A reliable yardstick in second won't have been the only factor, though. Boardman's pedigree also points to his being better than a 90-rated handicapper. His half-sister is Quadrilateral, who won the Fillies' Mile and was third in last year's 1,000 Guineas and Coronation Stakes.

King's Knight is the other improver in the line-up. He has achieved career-high RPRs on his last two starts and failed to land a gamble by a head when second at Goodwood last time.

Nobody has ridden more winners for trainer Charlie Hills than Jim Crowley in the last five years and the former champion is at Chester for a better book of rides than he would have had at Haydock, where he could have ridden the Hills-trained Motagally in the Achilles Stakes.
Race analysis by Graeme Rodway

Progressive Boardman 'saves it for the track'

Few handicappers have taken as big a step forward this season as Boardman, who bids for a hat-trick after dominant victories at Haydock and York.

Bought for 7,000gns by trainer Tim Easterby's son William last summer, the five-year-old has shown plenty of raw ability, winning his last two races despite being awkward leaving the stalls on both occasions.

Jockey David Allan described Boardman as a potential Ayr Gold Cup type after his win at the Dante meeting, hinting there could well be more to come from a horse who has gone up 15lb in just four weeks.

If he is to use his low draw in four at this turning track, Boardman will need to be sharper out the stalls.

Tim Easterby said: "He loves soft ground and has run well at the track, so he should have a good chance. He's a nice horse who can run over a variety of distances and we've been very happy with him. He doesn't do a lot of work at home and saves it for the track."

David O'Meara, trainer of Azano
He ran well at Thirsk last time, having not enjoyed the track at Goodwood. He's not drawn ideally in 12 but he's in good form.

Adam Ryan, assistant trainer of Hey Jonesy
He's one of these old sprinters that will come to hand himself and you've just got to keep running him. He's got form over six and seven and a sharp seven round there might just keep him interested. On a going day he's got some high-class form; it just depends which Hey Jonesy turns up on the day.

Marco Botti, trainer of Mission Boy
He's shown some good form since arriving from Italy, but was a bit disappointing on all-weather finals day at Lingfield last time for whatever reason. We've freshened him up, he seems well and hopefully the ground continues to dry out as he likes good ground. He should have a squeak.

David Barron, trainer of Another Batt
He came good at home before his victory at Thirsk last time and seems in good form. He needs a bit of cut in the ground, so we're hoping it doesn't dry out too much. He's drawn a little wide, but we know he handles the track.

Mick Appleby, trainer of Alexander James
He's making his first start for us and might come on for it, but he's been working well and seems in good order. He's got a nice draw [in stall two].
Reporting by Andrew Dietz

2.00 Beverley: 'You couldn't back her after that first run but she's certainly got ability'

2.20 Haydock: 'There are no worries' – El Astronaute ready for launch again in Achilles Stakes

2.55 Haydock: who will peak in the Pinnacle Stakes? Get the lowdown from Tom Collins

3.10 Beverley: 'He's quite a nice animal' – Tipperary Sunset bids to live up to tall reputation

3.30 Haydock: Keith Melrose assesses who could prove a seven-furlong star in John of Gaunt (Members' Club)

FIRST PUBLISHED 6:00PM, MAY 28 2021
His half-sister is Quadrilateral, who won the Fillies' Mile and was third in last year's 1,000 Guineas and Coronation Stakes

'There'll be no excuses' - Jonjo O'Neill on hot favourite Soaring Glory Louise Stewart named new chief executive at Chester 'He is part of his story - it's a tragedy he won't be able to ride him' The Buzz horse: is the Cesarewitch winner able to follow up in Ascot Grade 2?