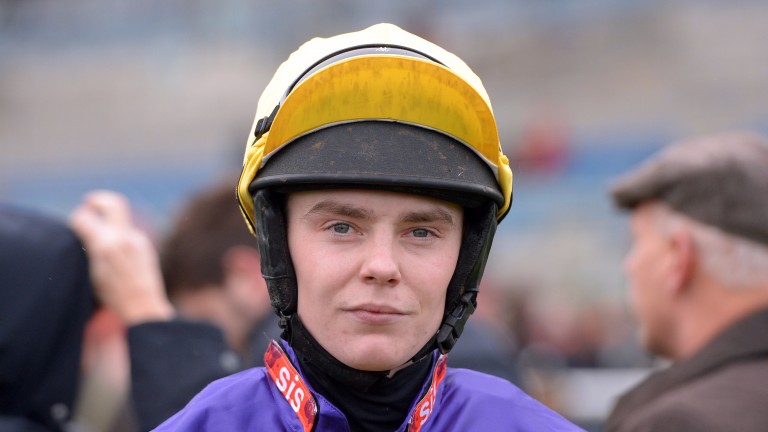 The story Conditional jockey Jamie Hamilton, 22, makes the long trek south from Malton to have just his second ride at Cheltenham on Card Game in the Channel 4-covered finale.

Originally from Hawick, the Scot has enjoyed a flourishing career since he decided to return north in 2014 after a two-year spell with Venetia Williams.

The 3lb claimer achieved a career-best tally of 21 winners last season and is just one shy of hitting double figures for this term after scoring on his most recent mount, Master Rajeem, for trainer Alison Hamilton, his aunt, at Hexham on Wednesday.

Hamilton, a former successful amateur who won the Aintree Fox Hunters' on 100-1 chance Tartan Snow in 2013, is one of only two jockeys to have won on Card Game, the other being his mentor Brian Hughes.

Trained by Malcolm Jefferson, for whom Hamilton was schooling on Friday, Card Game is expected to be suited by a return to a longer trip at Cheltenham after disappointing over two miles at Wetherby last time. 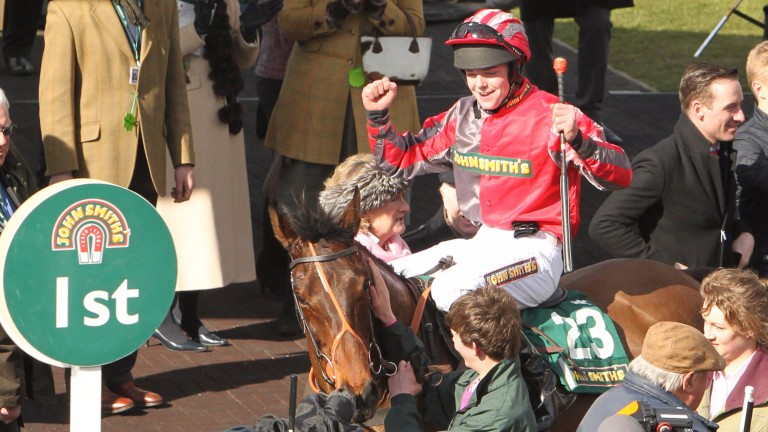 Jamie Hamilton celebrates his biggest win on Tartan Snow in the 2013 Aintree Fox Hunters'
GROSSICK RACING 07710461723
He says It's fantastic to be given the opportunity to ride again at Cheltenham, especially on International weekend, and thanks to Mr Jefferson and my agent Richard Hale for the chance.

I remember my first ride there when I was an amateur at the all-hunter chase meeting a couple of years ago. I rode Pentiffic to finish third, which wasn't bad for a 25-1 chance, and hopefully Card Game can give me another good spin round.

I joined Richard Fahey when I first left school but quickly realised I would be a bit heavy for the Flat. I went jumping and things have really picked up since I moved to Malton, where I mainly ride out for Mark Walford and Malcolm Jefferson. I also still ride out for Richard Fahey in the summer and was lucky enough to ride the Frankel filly Queen Kindly on a couple of occasions, which was exciting to say the least.

His aunt Alison says Jamie puts in the graft at home, unlike some who can't be bothered. You cannot underestimate the massive impact that the recent progress of Brian Hughes has made on northern-based jockeys like him.

FIRST PUBLISHED 6:00PM, DEC 9 2016
You cannot underestimate the massive impact that the recent progress of Brian Hughes has made on northern-based jockeys like Jamie