News BACK IN ACTION 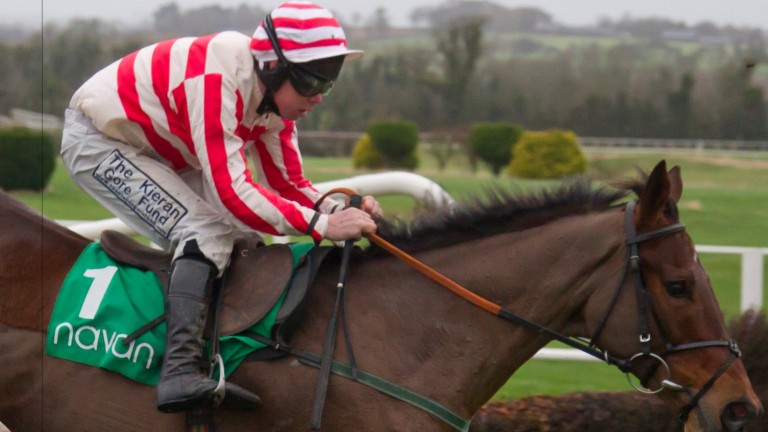 Arctic Skipper: is due to return to action in the Kinloch Brae Chase
Patrick McCann
1 of 1
By Brian Sheerin 4:53PM, JAN 18 2018

Vincent Halley says it is all systems go for his stable star Arctic Skipper, who returns from over a year’s absence in Sunday's Kinloch Brae Chase at Thurles, a race that has been won by subsequent Gold Cup winners Don Cossack and Sizing John for the past two seasons.

Arctic Skipper has been through some tough times since he was last seen finishing tenth behind Outlander in the 2016 Lexus Chase, just over a month after he enjoyed his greatest day on a racecourse in winning the Grade 2 Fortria Chase at Navan.

Halley explained: “He got a very bad colic, and thankfully he pulled through, but then he had a small wind problem and we did a little procedure on that. We’re hoping he’s back to somewhere like he was before he got sick. The plan is to run in the Kinloch Brae and we’re delighted to have him back.”

The Halleys are usually in the selling business but, by luck or design, they kept Arctic Skipper for racing and he has been the stable’s flagship horse throughout the past few seasons.

As well as winning the Fortria Chase, Arctic Skipper was placed in a pair of Grade 3 chases, and Halley is hopeful of better still to come from his nine-year-old.

He said: “Arctic Skipper has been back in full work for a while now and did a nice exercise on the grass recently.

“We've sold some good horses in the past, the likes of Milsean and Edwulf, but we decided to keep this lad. He was quite a good horse before his layoff and we’re hoping he still is.

“He’s a good horse to have and we’re just hoping he comes back to something like his best, but you never know until you run them just how well they’ll perform after a long absence."

He added: “If all was to go well we might have a look at the Irish Gold Cup at Leopardstown, but we’ll get Sunday out the way first.”