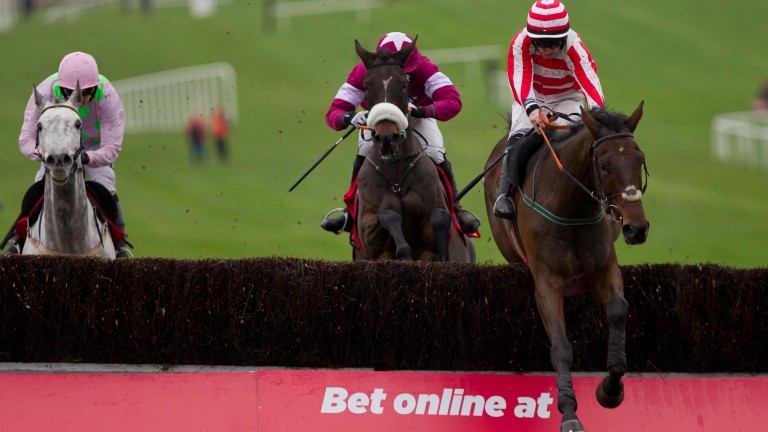 Arctic Skipper: the Fortria Chase winner could run next in the Lexus Chase
Patrick McCann
1 of 1
By Brian Sheerin 4:37PM, NOV 22 2016

Trainer Vincent Halley is set to shoot for the stars with Arctic Skipper this Christmas by giving the seven-year-old an entry in the Lexus Chase at Leopardstown.

Arctic Skipper won the Grade 2 Fortria Chase at Navan ten days ago, and Halley is leaning towards running the family-owned gelding at Leopardstown in preference to the John Durkan at Punchestown on December 11.

“It depends on what horses turn up for each race, but at the moment we're looking at running him in the Lexus,” revealed Halley.

“We've always thought a fair bit of him and he’s definitely the best we've had stay in the yard. We've had the likes of Milsean and Edwulf through our hands, and while we have received offers for this fella we're keen to keep hold of him.”

Despite the fact Arctic Skipper’s biggest win came over the minimum trip last time, Halley is keen to step him up. He said: “He's come out of his Navan win in great form and we're just keeping him ticking over.

“He should come on from it and I always felt he was a three-miler. I would have no worries stepping him up in trip, and he won his point-to-point well.”

Progress has been slow

Andrew Lynch, who rode Arctic Skipper on his first four runs over fences, is facing a longer than expected period on the sidelines after meeting with surgeon Paddy Kelly on Tuesday morning.

The meeting was to review the fracture to his right arm, suffered in a fall at Cork on August 28, and the upshot was that progress has been slow. Lynch will therefore need to see Kenny again in three weeks' time.

However, Lynch will be boosted by confirmation Halley intends to remain loyal as far as the ride on Arctic Skipper is concerned.

The trainer said: “Sean [Flanagan] gave him a great ride in the Fortria but it’s nice to stay loyal to jockeys, and Andrew has done a lot of work with the horse. He’ll get the ride back when he returns.”

FIRST PUBLISHED 4:14PM, NOV 22 2016
He should come on from it and I always felt he was a three-miler. I would have no worries stepping him up in trip