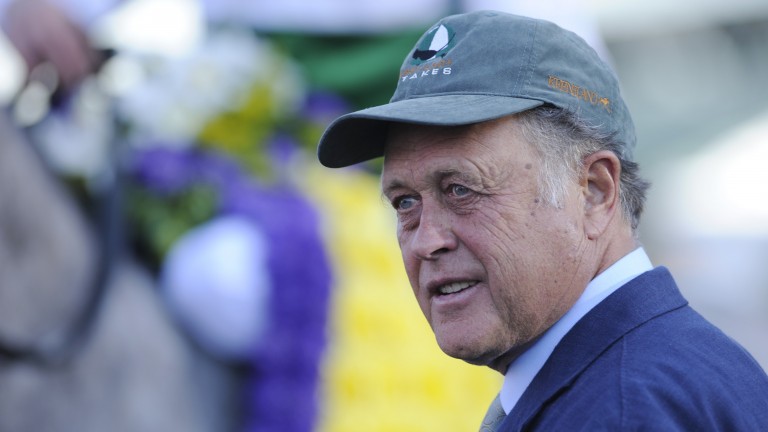 Jonathan Sheppard: legendary British-born jumps trainer who is based in America will have his first runners in Ireland this season
Edward Whitaker
1 of 1
By Mark Boylan UPDATED 2:08PM, NOV 22 2020

Jonathan Sheppard is set to break new ground by sending six of his jumping string to Ireland this winter, with the 25-time US champion trainer charting a path to the Cheltenham Festival with his dual Grade 1 winner Winston C.

The American Hall of Fame trainer, who turns 80 next month and was born in Hertfordshire, has been based in the US since 1961 and was the first trainer to win the American steeplechase Triple Crown with Flatterer, who chased home See You Then in the 1987 Champion Hurdle.

The bold move comes hot on the heels of a spectacular conclusion to the US jumps season in which Irish-born rider Ger Galligan clinched his first jockeys' title, partnering six winners for Sheppard from his last nine rides of the campaign for an unlikely triumph.

Congratulations to the 2020 Leading Owner (Bruton Street-US), Leading Trainer (Jonathan Sheppard, both in races won and money earned), and Leading Jockey by races won (Gerard Galligan). Thank you all for making 2020 a special year!

Galligan is set to be involved in preparing the runners alongside assistant trainer Keri Brion, who will operate out of point-to-point handler James Doyle's stables in Wexford while Sheppard remains in the US.

"It's a great opportunity and we're really excited about hopefully making a little piece of history," said Galligan, who rode three winners over jumps in Britain for Michael Chapman before heading Stateside.

"We'd love to run Winston C at Cheltenham. He had some good form for Harry Fry and seems to have improved for getting faster ground in America. He's won two Grade 1 races over here at Saratoga and there might be a race for him at Punchestown first."

Galligan added: "The rest are a mix of nice novices and a couple of handicappers, who are travelling over next Tuesday. They're all lovely horses in their own right and we'll look to choose the right races for them.

"Even if we could have one winner it would be fantastic, just to put American steeplechasing on the map. The sport is getting bigger all the time over here, albeit we had a bit of a setback with prize-money this season. Fair play to the owners and Jonathan for giving it a go, it's very sporting of them."

Legendary US steeplechaser Lonesome Glory is the only American-trained horse to win over jumps in Britain, having won for the father-and-daughter combination of Bruce and Blythe Miller at Cheltenham in December 1992 and again at Sandown three years later.

Galligan, originally from the Curragh area, has trained winners on the Flat and over jumps since moving to America but his move to concentrate solely on his riding career this season has reaped dividends.

The stable's flagbearer Winston C is the regular ride of British native Tom Garner, but Galligan is hoping to have his first ever mounts over jumps in Ireland aboard some of Sheppard's other runners while on home soil. 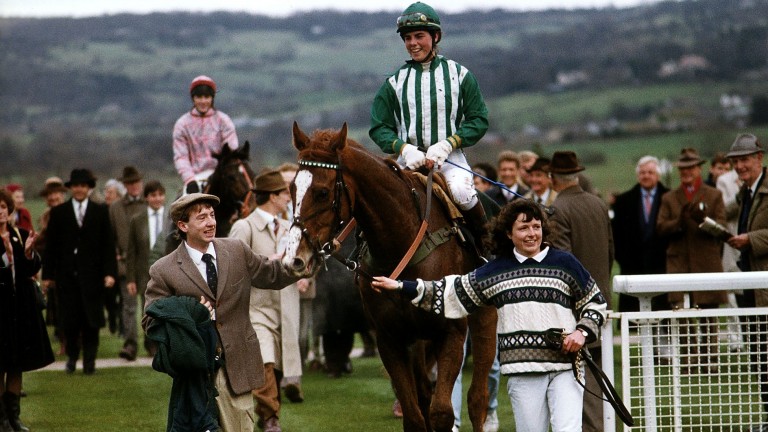 Lonesome Glory: legendary steeplechase performer remains the only horse to win in Britain from the US
Sporting Life

"America has been very good to me," said the 29-year-old. "I didn't come here with huge resources, but I have been able to train winners over jumps and on the Flat. To be champion jockey is just fantastic."

He added of his dramatic title success on the final day of the season, on which he rode a four-timer: "It's probably a year that a lot of people will want to forget, but it's one I'll always remember.

"Last Sunday was the biggest day of my career. I didn't think it was possible going into the final meeting but thankfully everything went right."

FIRST PUBLISHED 9:00AM, NOV 22 2020
Even if we could have one winner it'd be fantastic, just to put American steeplechasing on the map. The sport is getting bigger all the time over here