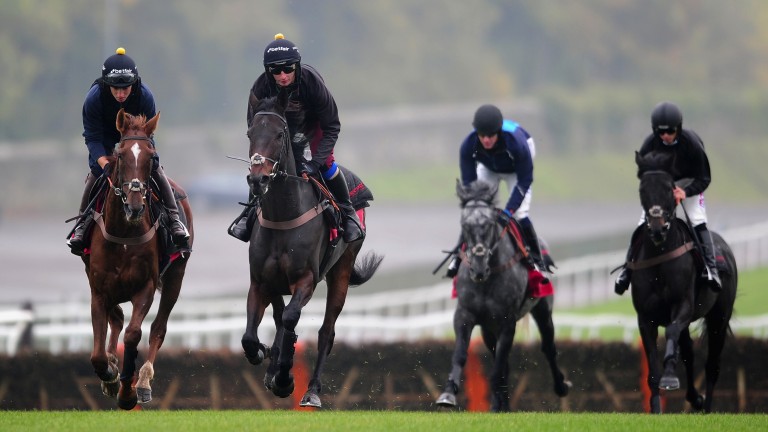 Aux Ptits Soins's promising but heavily interrupted career could suffer a further delay entirely not of his making, with owner John Hales saying on Tuesday that if the overnight rain forecast for Exeter does not materialise the 2015 Coral Cup winner's chasing debut will be postponed.

The Paul Nicholls-trained six-year-old has been declared, along with four others, but will not run if the ground remains good to firm.

"He won't run if the rain doesn't come," said Hales. "It's forecast, there's meant to be plenty of rain tonight, so we're hoping everything will be okay."

For a horse Hales has had to show such patience with another week is hardly the end of the world.

This is one who made his first appearance in the owner's famous yellow with red star silks with that Cheltenham victory and has been sighted only once since, when a commendable fifth behind Thistlecrack in last season's World Hurdle, after a hellish preparation that involved several operations.

Aux Petits Soins holds an entry at Cheltenham on Friday in the Steel Plate and Sections Novices' Chase, but Hales added: "He wouldn't go to Cheltenham at the weekend; if he didn't run tomorrow he'd probably go to Haydock the week after." 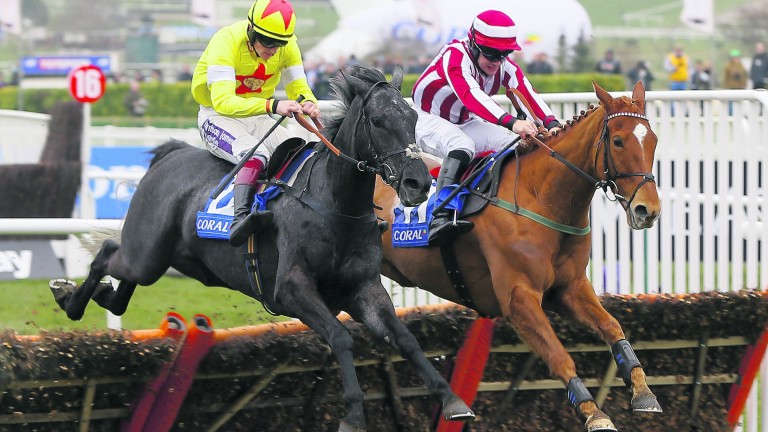 Aux Ptits Soins (left) leads eventual runner-up Zabana on the way to victory in the Coral Cup
Mark Cranham
On Aux Ptits Soins's chasing prospects, he said: "He's always been a chasing type and he's a real class act. I saw him working yesterday at Ditcheat and he was very impressive. It's a question now of making a good debut, and Exeter's the ideal track to start a novice off, so we're keeping our fingers crossed."

One runner he does intend to have at the Open meeting is Unioniste after the Grand National tenth was pulled out of a possible engagement at Bangor on Wednesday.

Hales, who has exciting plans for the eight-year-old, said: "Unioniste was going to go to Bangor tomorrow but we're hoping now to run him at Cheltenham.

FIRST PUBLISHED 6:00PM, NOV 8 2016
He's always been a chasing type and he's a real class act. I saw him working yesterday down at Ditcheat and he was very impressive