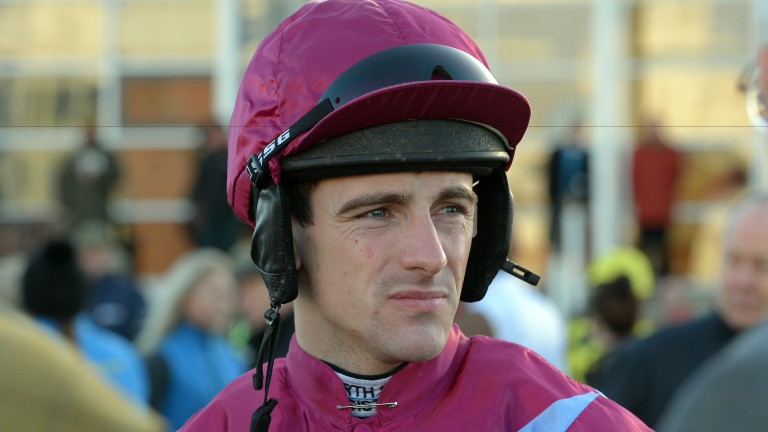 Hughes, who is enjoying a notable November with 29 winners on the board – way in excess of his previous highest monthly score of 17 – is a 50-1 chance with Paddy Power to better McCoy's benchmark, set in May 2014, in the next five seasons, but even that price would not tempt Hale.

"There's no chance," he said. "We might have had a little hope this month if Musselburgh had not been called off on Thursday as Brian was booked for six or seven rides, but it's very unlikely now.

"We’ll see where we are after Newcastle and Carlisle at the weekend but with no jumps meetings up here on Monday and just Southwell on Tuesday, it's almost impossible."

He continued: "It's been a relentless and outstanding run for almost six weeks now; ever since Brian won on Monbeg Charmer for Charlie Longsdon at Worcester in October, it just took off. The fact that Leicester was abandoned and that meeting moved to Musselburgh, which turned out to be the day Brian rode the five-timer, sums up perfectly how things have been falling."

Hughes's dazzling spell has featured not just that 899-1 five-timer at Musselburgh, but a 139-1 four-timer at Sedgefield, and Paddy Power quote him at 100-1 to go through the card at any meeting before the end of 2021.

The contrast with September could not be starker, as Hughes went winless in 44 rides, but he followed that with 17 winners in October and has ten booked rides at Newcastle and Carlisle this weekend as he bids to add to his 66 winners so far this season.

Much has been written about jumping in the north being in the doldrums, and Hale added: "It's nice for someone up north to get a mention for a change. We're seen as second-class citizens up here and most people would think the sport revolves around those in the south.

"We're lacking owners, that's the problem. There are any number of fine trainers and riders, and Malcolm Jefferson and Brian are enjoying a particularly hot streak."

FIRST PUBLISHED 3:49PM, NOV 25 2016
It's nice for someone up north to get a mention for a change. We're seen as second class citizens up here and most people would think the sport revolves around those in the south