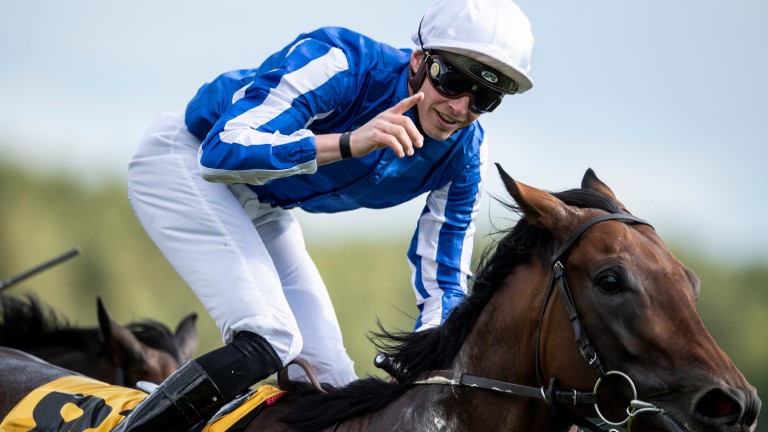 The winner of any Tote Ten To Follow competition will owe that success to a combination of skill and luck.

Scooping the bonus races is a priority, so most of those on my list ought to develop into leading contenders for those.

I also think it's important whenever you compile a list that you focus on horses you genuinely like.

Battaash has never got my heart racing, so I'll take Hello Youmzain from the sprint division. I was really taken with his victory in the Group 1 Sprint Cup at Haydock and, with just eight runs under his belt, he seems sure to improve again at four.

If wondermare Enable cleans up in Group 1 company this summer –it's by no means inconceivable she will win the Eclipse, King George, Juddmonte International, Irish Champion Stakes and Arc – those who don't include her will have kissed goodbye to a monster payout.

Japan, conqueror of Crystal Ocean on the Knavesmire last August, is the one most likely to topple Enable at some stage this season and also represents must-include material.

Pinatubo and Kameko, who lock horns in the 2,000 Guineas at Newmarket, should both accumulate plenty of points. The former is clearly exceptional, while Kameko should take another step forward when upped in trip. Although he is far from flashy, Andrew Balding's three-year-old took the Group 1 Vertem Futurity with rampant authority last backend and I'm sure there is plenty more to come.

That comment also applies to Highest Ground, who arguably put up the most impressive performance from a juvenile outside of Group company in 2019 when overcoming a tardy start to run out a comfortable winner of a Leicester novice event.

The turn of foot he unleashed that afternoon augurs well for his prospects as he steps up into better company. He could be top class.

Staying star Stradivarius picks himself, while stablemate Star Catcher is another who could light up 2020.

Kaeso, one of my favourites, will be a huge player in valuable 7f handicaps at Ascot, while Benbatl should also accrue plenty of points.

FIRST PUBLISHED 6:00PM, JUN 5 2020
With just eight runs under his belt, he seems sure to improve again at four