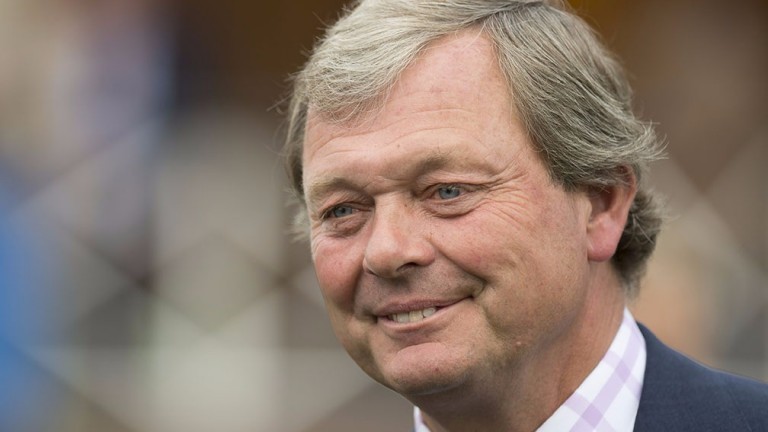 LUCK certainly plays a part in the hurly-burly of a big handicap down this straight course and William Haggas is due a change of fortune.

He has done well in these cavalry charges – in which the slightest bump or lack of room to manoeuvre can make the difference between winning and losing – as he has landed the Royal Hunt Cup, Wokingham and the Britannia at the Royal meeting.

But the last of those victories came in 2012 and the Yorkshireman has not lifted the Victoria Cup since Yeast rose to the challenge fully 21 years ago.

Haggas’s Predominance was a beaten favourite in this last season and, even after the withdrawal of the well-fancied Afjaan, the trainer still has the likely market leader in the improving Fastnet Tempest, who is backed up by Squats, who makes his seasonal reappearance.

Fastnet Tempest was a close third in the Spring Cup at Newbury where he was headed in the last 40 yards, shaping as though he would be suited by this drop back to seven furlongs.

John Gosden is another to run two and his Remarkable signed off last season by finishing second in the Balmoral Handicap over a mile here on Champions day.

Stablemate GM Hopkins was down the field that day, but he is a course specialist who has a win in the Royal Hunt Cup and a Listed race, as well as a second place in the Balmoral to show from five previous outings on the straight track here.

Last year’s Wokingham winner Outback Traveller and the 2013 Victoria Cup second Bertiewhittle are others to have proven themselves on this course.

Robert Winston won the Racing Post Flat ride of the year when scoring over this course and distance on Librisa Breeze for Dean Ivory last October and he partners stablemate Kadrizzi.

Those drawn high have tended to dominate this race of late, with the last three winners coming out of stalls 25, 23 and 29.

You tend to need a run

Only two horses have won this first time out since 2000 and just six since 1979. Those making their reappearance here are Outback Traveller, Squats, GM Hopkins and Remarkable.

Nine of the last ten winners had previously been successful over this seven furlong trip. Bossy Guest and Fastnet Tempest are among those yet to score at that distance.

No race for old horses

Only one horse older than six has won this race in the last quarter of a century and eight the last ten were four or five-year-olds. That counts against the likes of Heaven's Guest, Shady McCoy, Professor (all seven) and Bertiewhittle (nine).

John Gosden, trainer of GM Hopkins and Remarkable
They’ve been waiting for rain to run and are ready to start off, but they appear to have their fair share of weight. Remarkable is a character to say the least and knows more about the game than anyone. He does have form at the track, as does GM Hopkins.

Robert Cowell, trainer of Outback Traveller
He’s taken a bit of time to come to hand but is fine and likes Ascot. I wouldn’t know which side you’d want to be drawn on.

William Haggas, trainer of Squats and Fastnet Tempest
Squats runs the track very well and will be thereabouts as he usually is. I like the look of Fastnet Tempest back in trip and he could be an interesting runner.

Denis Coakley, trainer of Hors De Combat
He seems in good form and he should run well as long as the ground stays fast. He did well at Bath first time out and the only worry would be the drop back to seven furlongs, but it is a stiff track.

Robert Eddery, trainer of Donncha
I’ve been very pleased with his two runs this year and he seems in good form. Going back to seven furlongs won’t be a problem as he has the speed for it, but I hope they have a bit of rain.

Michael Bell, trainer of Taurean Star
He likes Ascot and fast ground, he’s in good form and will be competitive off his mark. I’m not worried about the draw as he is not marooned in stall seven, although I think the teens is where you want to be. Jamie Spencer may put up a pound overweight but he’s worth every ounce at Ascot.

FIRST PUBLISHED 6:00PM, MAY 12 2017
Jamie Spencer may put up a pound overweight but he's worth every ounce at Ascot

Brilliant Baaeed strolls to fourth victory to leave Haggas aiming at the top Will Baaeed end the year as the best miler in Europe? Our experts have their say 'Our most exciting horse in a long time' - plans set out for electrifying Baaeed Is Baaeed a Group 1 horse in the making? Graeme Rodway gives his verdict Are we looking at a Group 1 horse in a handicap? International Stakes insight Armory tees up Arlington Million tilt by taking on Mohaafeth in Group 2