Haggas duo lead challengers out to down local star Senga 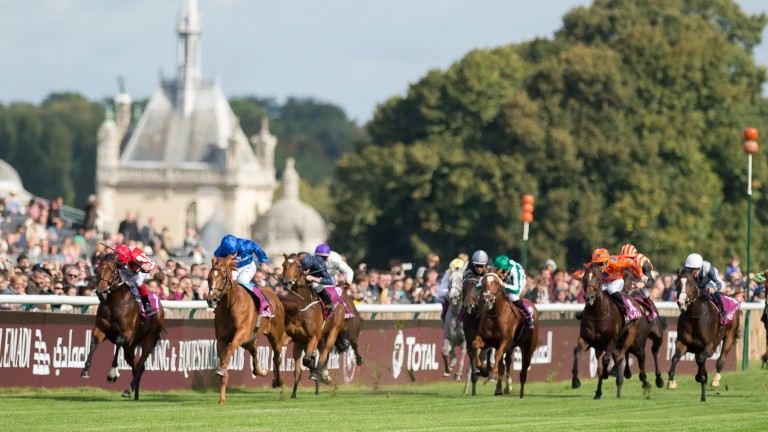 Senga (far right, white face) storms home to be fourth in the Prix Marcel Boussac
Edward Whitaker
1 of 1
By Scott Burton 6:33PM, MAY 12 2017

France's version of the 1,000 Guineas pitches two impressive domestic trial winners, Senga and Via Ravenna, against a strong numerical challenge from Britain, Ireland and Germany.

William Haggas looks to be at the head of the invasion party, with Sea Of Grace boasting excellent juvenile form when trained by John Oxx and the returning Cristal Fizz unbeaten in two starts last term.

Sea Of Grace had plenty of early season fizz in her for the Nell Gwyn but made an eye-catching move when the race started in earnest before her keen early running cost her late on.

Roly Poly was only a short head away from landing the Cheveley Park last September but finished two spots behind Sea Of Grace in the Nell Gwyn.

Stablemate Rain Goddess improved on her seasonal debut when fourth to Daban at Newbury, a performance which suggests she will appreciate the extra furlong.Senga boasts Group 1 form, having come out best of the home team when rattling home to be fourth in the Prix Marcel Boussac, an impression she reinforced when winning what is historically strongest prep race, the Prix de la Grotte.

Via Ravenna vaulted straight from all-weather maiden winner to Prix Imprudence scorer, a trial which takes on extra significance in this straight-line Poule d'Essai.

Runner-up Thais reopposes and is preferred by Christophe Soumillon to Frankel filly Toulifaut, who bids to give Jean-Claude Rouget a fourth straight win in the race.

Wajnah has been kept to the calm waters of Bordeaux for her two wins, but the mile race she won on heavy ground in March has worked out to be extremely well, with the runner-up going on to be second to Senga in the Grotte and the third filling the same spot behind Via Ravenna in the Imprudence.

Draw clues thin on the ground

The conventional wisdom states that there is a slight advantage to being drawn low (stands' side) over the straight mile at Deauville but the evidence of large fields above handicap level is scant. In this race last year the first and second were drawn on opposite flanks, with La Cressonniere breaking from stall 1, defeating Nathra (14 of 14).

William Haggas, trainer of Cristal Fizz and Sea Of Grace
We could have done with some more rain for them both. I really like Sea Of Grace's chances and I would have been very keen on her if it had rained properly instead of just a dribble.

Francois Rohaut, trainer of Wajnah
The formlines are good, she is well and she has a good draw. I hope there is a properly run race and, although it is a big leap into the unknown, I am hopeful she can put up a great performance.

Andreas Wohler, trainer of Delectation
She didn’t have the best run round in her prep but for a first time out she couldn’t have won more easily. She has improved since then though this is a bit of a different task. But with a filly like her you must take your chance.

Francis Graffard, trainer of Heuristique
I am taking a filly at the top of her form and if she finished in the first five that would be great. 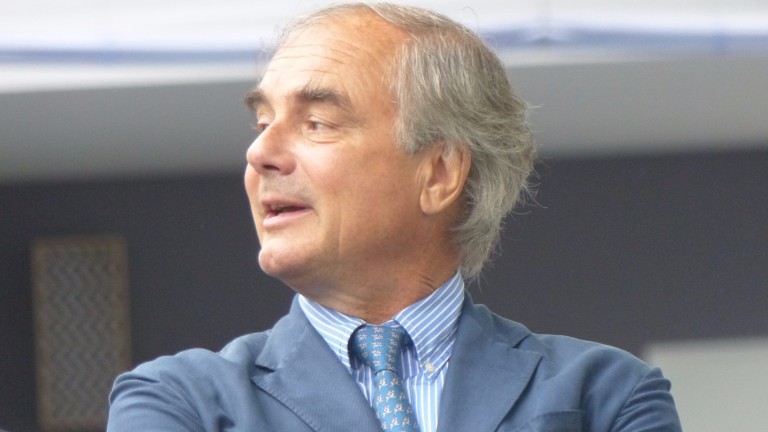 Alan Cooper, racing manager to the Niarchos family, owners of Senga
She has come on since the Grotte and now we will see how she handles a straight course for the first time. Pascal [Bary, trainer] is very happy with her and she looks to have a favourite’s chance.

Andre Fabre, trainer of Via Ravenna
She won her prep race nicely and the mile won’t be a problem. She handles any surface but the problem is her inexperience. It is only her third race and it’s a big field.

Fabrice Chappet, trainer of Precieuse
There is a question mark over the trip but the she is in great form and works like a filly who should stay.

Aidan O’Brien, trainer of Smoulder, Rain Goddess and Roly Poly
None of them will be mad about soft ground but we think Roly Poly has progressed from her first run of the season at Newmarket. Her best form last year was over six furlongs but we're giving another shot at a mile. Rain Goddess ran quite well in the Fred Darling and we think she has come forward. Smoulder is progressing with each run and won her maiden at Dundalk last time. 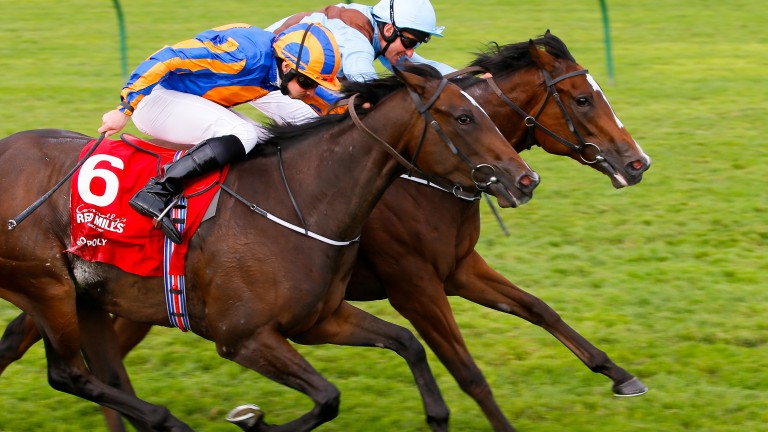 Jean-Claude Rouget, trainer of Toulifaut
She needs to run better than she did in her trial, when she was a bit disappointing.

FIRST PUBLISHED 6:00PM, MAY 12 2017
Although it is a big leap into the unknown, I am hopeful she can put up a great performance