Haggas and Gordon whip up a Tempest to delight favourite backers 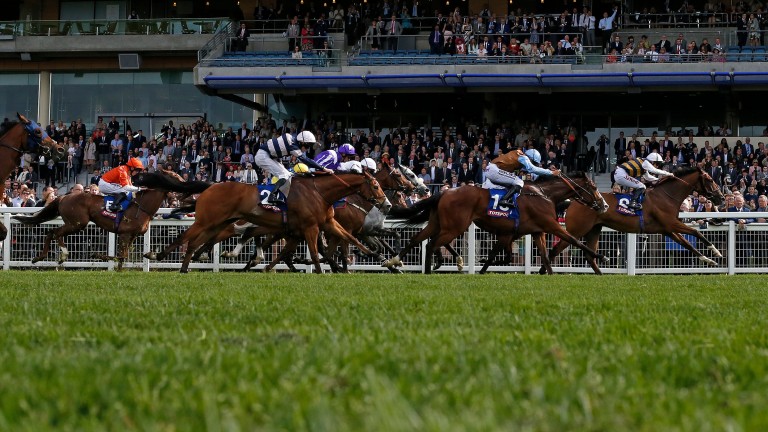 Fastnet Tempest: Victoria Cup winner runs in Listed handicap on a glittering card at Caulfield in Melbourne
Alan Crowhurst
1 of 1
By Bruce Jackson 6:57PM, MAY 13 2017

Fastnet Tempest blew away his rivals in what turned out to be a strangely becalmed Victoria Cup run at a leisurely pace with the field snuggling near the stands' rail.

The four-year-old gave winning trainer William Haggas a second Cup success 21 years on from Yeast's victory under Ray Cochrane, when they beat the favourite Master Charter.

This time the Haggas team rewarded favourite backers as Fastnet Tempest had been a strong order through the day and was supported into 5-1 market leader despite the big field.

While Yeast went on to land the Royal Hunt Cup as favourite at Royal Ascot the following month, that scenario looks highly unlikely for Fastnet Tempest, who was winning off a mark of 89.

The Hunt Cup standard has risen so much since Yeast was able to win it off a mark of 87 that Fastnet Tempest would need the handicapper to don rose-tinted glasses and heap a dozen pounds on his rating to give him a chance of making the field.

With 24 runners sheltering together there was certain to be traffic problems, but Josephine Gordon charted a path to mow down front-running Zhui Feng and hold Newbury Spring Cup rival George William's trademark late burst.

Gordon said: "He has won very easily. My instructions were not to hit the front too soon but the gaps didn't come for me and I had to commit when I did, and I thought I was in front too soon."

It was certainly too soon for George William, who finished strongly under Sean Levey.

His trainer Richard Hannon said: "He's run another lovely race. He hasn't run a bad one all year.

"The Hunt Cup is the obvious target but we might try to find something for him on the way. He thrives on racing – although his owners don't as they hold him very close to their hearts."

At least it looks likely they won't have to contend with Fastnet Tempest at the royal meeting.

FIRST PUBLISHED 5:17PM, MAY 13 2017
My instructions were not to hit the front too soon but the gaps didn't come for me and I had to commit when one did