GVC boss Alexander: let's get a verdict on FOBTs and move on 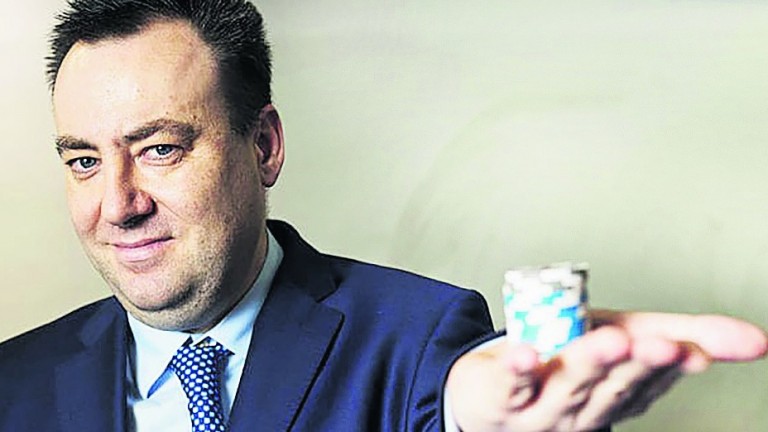 GVC Holdings chief executive Kenny Alexander, whose firm is set to complete its takeover of Ladbrokes Coral by the end of the month, thinks the government's final decision on fixed odds betting terminal stakes is a toss-up between £2 and £20.

Alexander, whose online gambling firm will pay £3.2 billion for Ladbrokes Coral if stakes are cut to £2, rising to a maximum of £4bn at a £50 stake, said he hoped a decision would be made to enable the business to move on.

Alexander was speaking on Friday as GVC unveiled its final results for 2017, reporting a 17 per cent rise in net gaming revenue (NGR) to €925.6m (approx £822.4m) and a 40 per cent increase in Ebitda (earnings before interest, taxation, depreciation and amortisation) to €239.5m. Trading in 2018 had started well with NGR rising by 18 per cent in constant currency.

Alexander said: "I don't think there's an online gaming business out there which has grown as fast as GVC and we're looking forward to completing the Ladbrokes Coral deal and accelerating their growth trajectory."

'Confident but not blase'

Earlier in the week Paddy Power Betfair chief executive Peter Jackson had said the company had lost market share as they integrated following their merger, but Alexander was confident GVC could avoid those pitfalls with Ladbrokes Coral.

"We've done two of these before," he said, "the Sportingbet deal and the bwin.party deal. Both were unqualified successes.

"I'm confident but not blase that we won't suffer any reduction in growth during the integration process. We believe our technology and people are very strong."

He added: "We've structured the deal cleverly in our opinion. We protect GVC shareholders from whatever outcome of the triennial and we reward Ladbrokes Coral shareholders if the outcome is better than the worst-case scenario.

Bookmakers have warned thousands of betting shops could close if the maximum stake on FOBTs is cut to £2 from £100 and that racing would suffer from the loss of millions of pounds of lost levy and media rights payments.

Alexander is a racehorse owner – he has runners at Ayr and Sandown on Saturday – but would not be drawn on that point.

"Let's see what the triennial comes out at and take a view then," he said. "I'm as sympathetic as any chief executive in the sector about horseracing but my priority is my shareholders."

The gambling industry in the UK has been under great pressure not only over FOBTs but other issues surrounding social responsibility, though Alexander was upbeat about its prospects.

"We put social responsibility at the highest priority," he said. "It's at the forefront of everything we do.

"We're not beleaguered, I can assure you of that. I can't wait for the deal to complete and am a lot more bullish about the UK gaming landscape than maybe others are."

Alexander said he would be concentrating on the integration of Ladbrokes Coral but did not rule out further acquisitions, saying: "If we see the right opportunity . . . then yes we'll do it."

He was also bullish about prospects of more widespread legalisation of sports betting in the United States, where GVC already operates in New Jersey and will gain a toehold in Nevada through Ladbrokes Coral.

"I think it's a great opportunity for us and we're very excited about it," Alexander said. "When it opens up we're ready."

The markets were impressed, with GVC's share price rising nearly four per cent by mid afternoon to 935p.

GVC takeover of Ladbrokes Coral to be examined by competition authority

FIRST PUBLISHED 8:09AM, MAR 9 2018
I don't think there is an online gaming business out there which has grown as fast as GVC