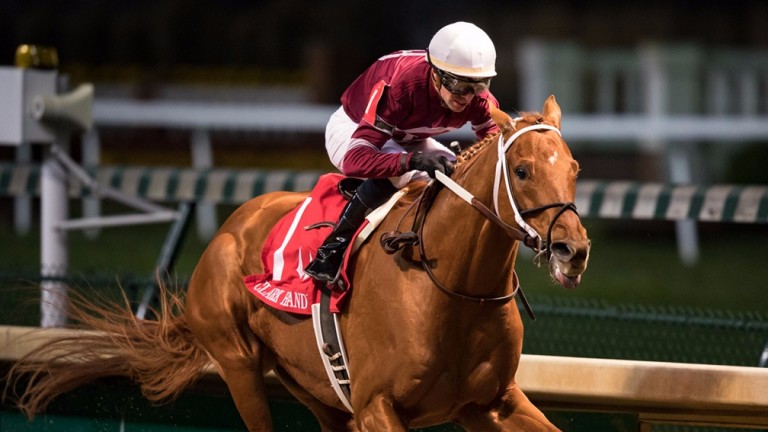 So consistent in top-level races, leading three-year-old Gun Runner (Steve Asmussen/Florent Geroux) got the better of his elders to finally land his first Grade 1 success when making all in the Clark.

Third in the Kentucky Derby and second at the Breeders’ Cup, Gun Runner was sent off 21-10 favourite for the $500,000 event. With expected front-runner Noble Bird missing the break, Gun Runner went straight to the front from his inside draw and got an uncontested lead before clearing away to score by nearly three lengths over longshot Breaking Lucky.

"He deserved this – I'm so proud of him," Asmussen said. "He's kept his strength and his weight with the thousands of miles he's travelled this year on the stages that he's been on."

"For him to beat this year's Woodward and Jockey Club Gold Cup winners at the end of his three-year-old year I think speaks wonderful things of him," added Asmussen.

"We saw an exceptional horse beat an exceptional field. With all the Grade 1 winners he has beaten and for this to be his first Grade 1, I feel very confident it will not be his last."

The winner's connections said the inaugural Pegasus World Cup at Gulfstream Park in January is a possibility.

Trainer Ian Wilkes, who had a treble on the Thursday card and another early on Friday, took his tally at the Thanksgiving weekend meeting to five when progressive filly Linda (Brian Hernandez) put away Harmonize by two and a half lengths.