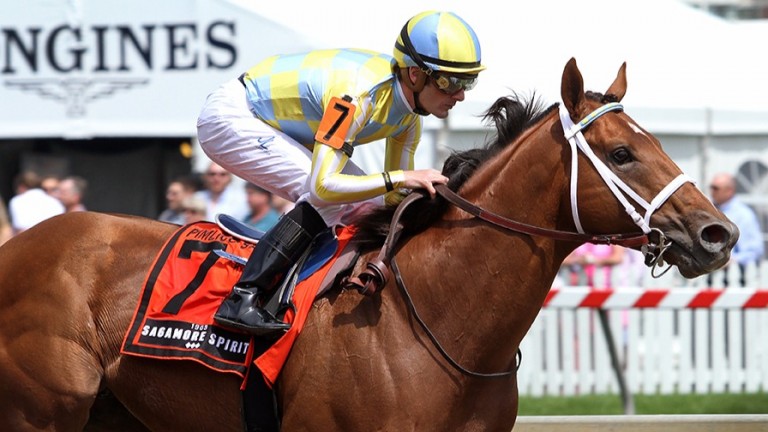 Two more horses have been added to the field for the inaugural running of the Pegasus World Cup, meaning there should be a full line-up of 12 runners for what will become the world's richest race on Saturday week at Gulfstream Park.

Deals have been done between Pegasus 'stakeholders' – those who paid $1 million for a guaranteed berth in the starting gate for the $12 million contest – and connections of Grade 1 winner Noble Bird and the nine-year-old Prayer For Relief.

The market for the Pegasus is dominated by Breeders' Cup Classic principals Arrogate and California Chrome. As well as the two newcomers, they are set to be joined by Keen Ice, Neolithic, Shaman Ghost, Eragon, War Story, War Envoy, Breaking Lucky and Ralis.

Noble Bird, who won the Grade 1 Stephen Foster at Churchill Downs in 2015, likes to race prominently – which could complicate matters for California Chrome, who tried to make all at the Breeders' Cup.

The six-year-old represents Tepin's trainer Mark Casse and owner John Oxley, who has come to an arrangement with Pegasus stakeholder Earle Mack.

"He's been training so well, we've recently started thinking about running him in the Pegasus," said Casse, speaking to the Daily Racing Form. "We’re really excited about the prospects of participating in this event, as anyone would be who is involved in a new, innovative project like this one."

Although the horse has not won since December 2013, he reportedly shone in a workout in Florida at the weekend. "He's doing great now at a track he really likes," said trainer Dale Romans.

FIRST PUBLISHED 3:17PM, JAN 17 2017
We’re really excited about the prospects of participating in this event, as anyone would be who is involved in a new, innovative project like this one