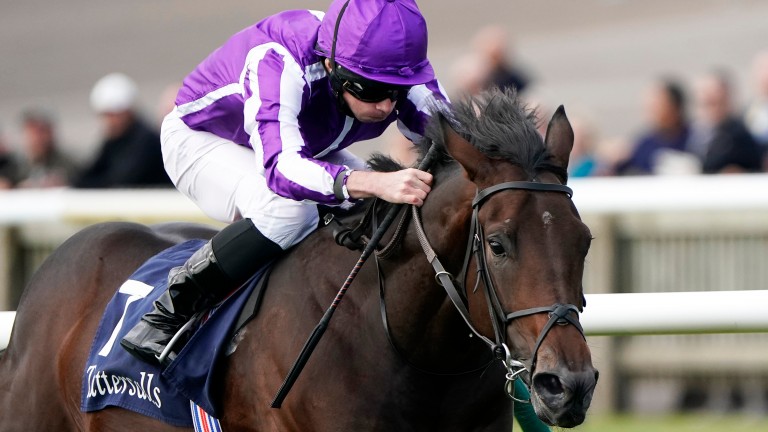 Wichita, the 2,000 Guineas runner-up and Group 2 Park Stakes winner for Aidan O'Brien this season, has died in Australia due to complications recovering from surgery.

The No Nay Never colt suffered a fracture to his off hind leg during track work at Werribee this month in his preparation for the Cantala Stakes at Flemington.

Racing Victoria said Wichita sustained a further injury to the leg while rehabilitating from recent surgery at Macedon Lodge.

The Racing Victoria statement read: "Acting on the advice of stable veterinarians, the connections advise that Wichita was humanely euthanised on Friday, October 23 as a result of the complications encountered in its recovery.

"RV extends its condolences to the owners of the horse, trainer Aidan O’Brien, his stable staff and all who cared for the horse and are greatly saddened by their loss." 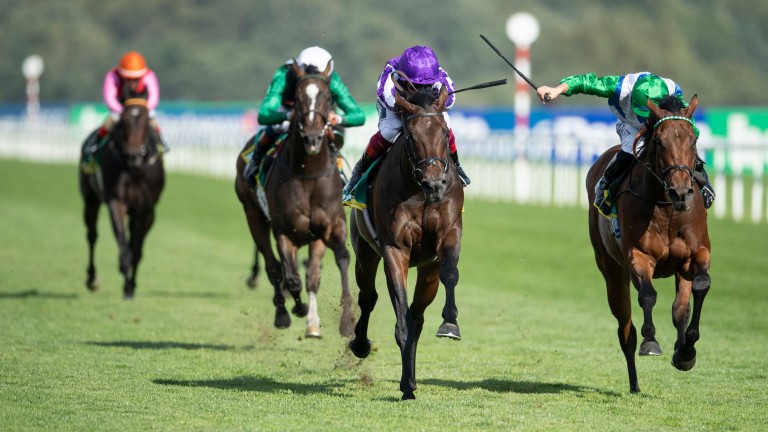 Wichita fends off One Master (right) in the Group 2 Park Stakes at Doncaster
Edward Whitaker (racingpost.com/photos)

Wichita beat subsequent Prix de la Foret winner One Master in the Park Stakes at Doncaster last month on what proved to be his final start.

The three-year-old started the season in the 2,000 Guineas and got within a neck of Kameko under Frankie Dettori, finishing a place in front of Pinatubo.

In his juvenile season, Wichita won two of his four starts, on debut in a Curragh maiden and the Group 3 Tattersalls Stakes at Newmarket.

Wichita won three of his nine career starts and amassed £236,045 in prize-money.

FIRST PUBLISHED 7:52AM, OCT 26 2020
Racing Victoria extends its condolences to the owners of the horse, trainer Aidan O’Brien, his stable staff and all who cared for the horse