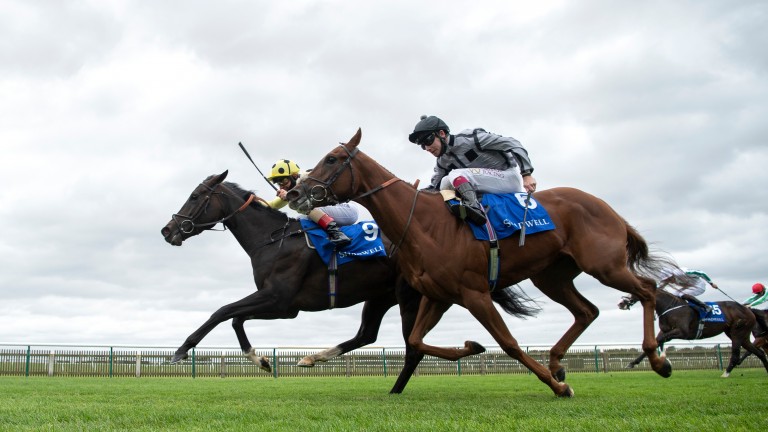 Cloak Of Spirits (far side) holds off Bounce The Blues to win the Rosemary Stakes
Edward Whitaker
1 of 1
By Tom Collins & Stuart Riley UPDATED 9:27AM, OCT 29 2020

Take out Muffri'Ha's demolition job in 2016 and the average Racing Post Rating needed to win this race in the last ten years has been a mere 102.

Cloak Of Spirits, the likely favourite for this year, has achieved an RPR between 103 and 112 in six of her last eight starts and therefore sets an incredibly high standard.

The Richard Hannon-trained filly has had a tough campaign and clearly paid for her exertions after finishing second on her reappearance in the Qipco 1,000 Guineas when she was beaten on her next four outings.

However, she now looks better than ever and backed up her first Listed success in the Rosemary Stakes with a career-best display when third in the Group 1 Sun Chariot Stakes this month. If Cloak Of Spirits, who is well drawn in stall two, repeats that form she will be away and gone in this field.

Only two of her rivals boast an official rating of 100 or higher – Lavender's Blue (105) and Romsey (104). Lavender's Blue looked a smart prospect last season, including when winning the Group 3 Atlanta Stakes, but is winless in five runs this campaign and encounters the all-weather for the first time.

Romsey cost just 800gns as a yearling and has proved a revelation on the track. A German Listed winner at two, she ran a huge race to take fifth in the Guineas and was perhaps unsuited by soft ground last time. She rates the main danger given she's won on the all-weather.

Those three have a clear form edge and will likely dominate the finish, but if there's a joker in the pack, it's probably Soffika.

Trained by Sir Michael Stoute, Soffika was second in the Sweet Solera last year after her debut win at Pontefract and has only been seen once since. There's plenty more to come from her at this trip.
Analysis by Tom Collins

Richard Hannon, trainer of Cloak Of Spirits
She's drawn very well and I think the track will probably suit her. I think she's been in the best form of her life, her last couple of runs have been her best.

Amanda Perrett, trainer of Lavender's Blue
She's drawn in the middle and it'll be good to get her on the Polytrack as she's hasn't had a decent surface all year. She loves top of the ground, so I'm looking forward to it. 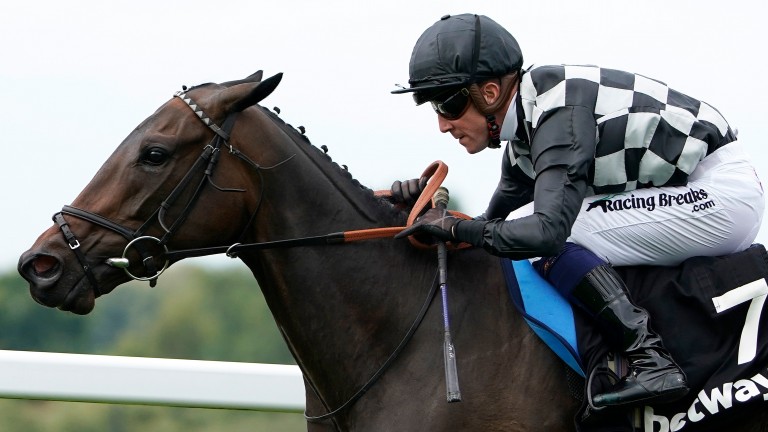 William Haggas, trainer of Ummalnar
She's got a rotten draw and that's definitely not ideal for her. She's very well and I'm very happy with her.

Hughie Morrison, trainer of Romsey
She ran a great race in the 1,000 Guineas but she came back a bit jarred up, so we had to give her a break and have run out of time a bit really. We ran her at Newmarket to sharpen her up and while we hope she will get a mile and a quarter in time, she certainly didn't that day given the testing ground. Cloak Of Spirits is clearly the one to beat but, if we can run up to our Guineas form, we should be able to give her a race.
Reporting by Stuart Riley