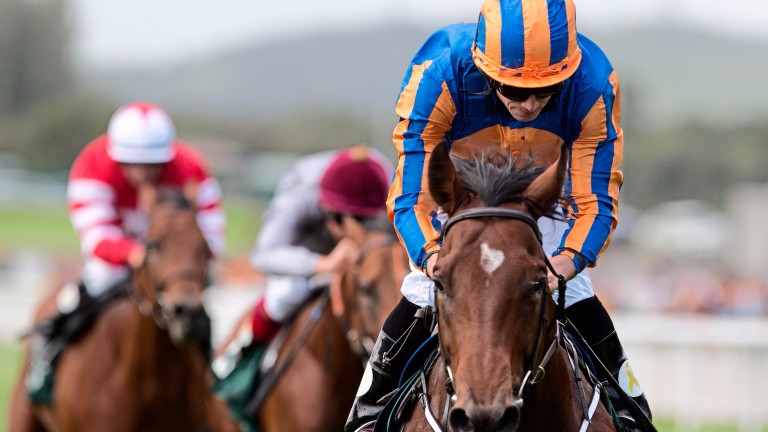 Churchill has been awarded a year-end official rating of 122 by European handicappers
Patrick McCann
1 of 1
By Graham Dench 7:09PM, JAN 25 2017

Red-hot Qipco 2,000 Guineas favourite Churchill has been confirmed European champion two-year-old, just as his stable-companion Air Force Blue was 12 months ago but with a 2lb lower rating of 122.

Churchill is Aidan O'Brien's ninth champion in 18 years and no better than a 6-4 chance for the Guineas, but connections will be praying he runs very much better than his predecessor, who had also won both the National Stakes and the Dewhurst but beat only one rival at Newmarket and was retired to stud at the end of a bitterly disappointing campaign.

Putting Churchill's figure into perspective, Irish Turf Club handicapper Mark Bird said: "A final rating of 122 sits just marginally below this century’s par rating for a European champion two-year-old of 123. However, the progressive nature of his form allied to his obvious physical scope and impressive pedigree give rise to hope his early career may be just the launch pad to greater success as a three-year-old.

“As his namesake once stated, 'The price of greatness is responsibility', so we hope and expect that Churchill will live up to his reputation in 2017”.

O'Brien also has Breeders' Cup second Lancaster Bomber (117), second too in the Dewhurst, and easy Phoenix Stakes winner Caravaggio (116) among the year's leading two-year-old colts, and among the fillies he has the next three behind Wesley Ward's runaway Queen Mary Stakes winner Lady Aurelia.

Ward's brilliantly fast two-year-old is a highly commendable clear second overall on the list with a rating of 121, only narrowly missing out on being rated Europe’s first female two-year-old champion since Ravinella shared top honours with Warning back in 1987.

Among the fillies she is 5lb and more clear of Ballydoyle's Brave Anna (116), who beat her when she reportedly bled in the Cheveley Park Stakes, Rhodendendron (also 116), who is the Qipco 1,000 Guineas favourite, and Roly Poly (115).

In all, O'Brien has a staggering 15 of the 47 juveniles who are rated 110 or higher and therefore feature in the classification, but it was a decent year for Godolphin too, with five or the top 21, including Saeed Bin Suroor's five-length Criterium International winner Thunder Snow (118) and Charlie Appleby's Gimcrack winner Blue Point (116). Appleby also has one of the leading fillies in Wuheida, who won the Prix Marcel Boussac and is second favourite in many lists for the 1,000 Guineas.

Most of the top juveniles, including Criquette Maarek-Head's easy Prix Jean-Luc Lagardere winner National Defense (118) and William Haggas's Racing Post Trophy winner Rivet (115) will have Classic pretensions, but that is emphatically not the case with Lady Aurelia. 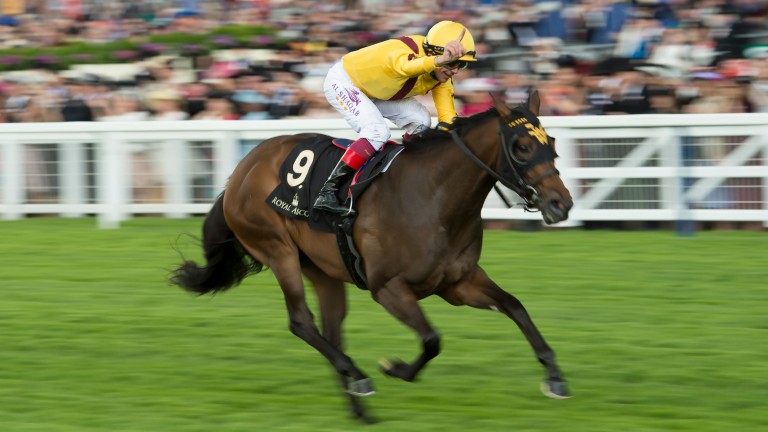 Ward described her standing in the list as the highest rated filly since Six Perfections (also 121) in 2002 as "fantastic", but there will be no temptation to try stretching her beyond sprint distances at three.

He said: "She's wintered in Kentucky and is now doing great in light training at Ocala before coming back to me in a few days' time, but it looks like five eighths is going to be her game. She has two major goals, the King's Stand and the Breeders' Cup, and we'll fill in the gaps in between."

Graeme Smith, who last year succeeded Matthew Tester as the chief handicapper of two-year-olds for the BHA, is "open minded" about her prospects.

He said: "How Lady Aurelia will fare in 2017 is one of the more intriguing questions for the season ahead. Neither her success in the Prix Morny nor her subsequent defeat in the Cheveley Park came close to substantiating her Royal Ascot performance in ratings terms. However, the step up to six furlongs may well have been a contributing factor and I am keeping an open mind."