Guillambert turning a deaf ear to talk of conflict in Korea 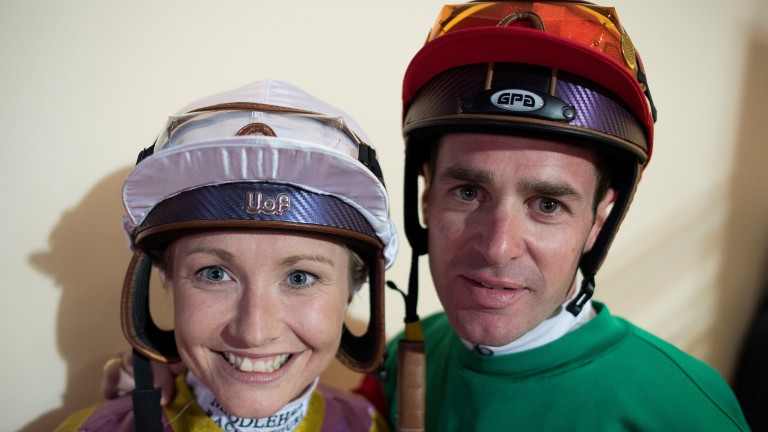 Being unable to speak the local language could prove a blessing for British jockey JP Guillambert, now earning his living in a country threatened by the prospect of nuclear conflict.

This week Guillambert is in Seoul for the Korean Autumn Racing Carnival on Saturday and Sunday. The South Korean capital sits on the edge of the border of its neighbour North Korea.

North Korea's claimed testing of a hydrogen bomb on Sunday has taken tensions in the region to new heights – front-page headlines in Tuesday's newspapers included the Telegraph's 'US says North Korea is begging for war'.

Guillambert is doing his best to ignore such developments as he sees out the final part of a three-month riding contract.

"Believe it or not, I'm trying not to think about it," said Guillambert, who has been joined by his wife – former jockey Kelly Harrison – this week. "Seoul would be a stone's throw away from North Korea. Put it this way, I have not put on the news.

"We're very much aware of what's going on but I'm hoping they can hold out for another couple of weeks until I head back to Qatar for the next season there. Having said that you wouldn't sense anything was going on here unless you look on social media.

"I'm here for the international meeting at the weekend and then I'll be back in Busan, which is down in the south and a little bit safer."

Guillambert, 35, rode for 14 seasons in Britain until 2014, riding a German Group 3 winner for Mark Johnston. He is the only British jockey in South Korea – where Darryll Holland rode for a number of seasons – and has made his mark since arriving in July.

"The racing is very different to Europe and even Qatar but I'm adapting to it and it's all about trying to earn a living," he said. "I have had eight winners from 50 rides and something like 24 placed horses.

"There'd be only a handful of jockeys who would speak English. It's not easy, but as a foreign jockey you get a translator so you get by."

He added: "Because of the length of the Qatar season and what I earn there I decided to become a non-UK resident and not have to pay tax on what I earn there. I spend 90 days or less in the UK. I was in Mauritius last summer and this time it's Korea."

Holland links up with Biancone in US