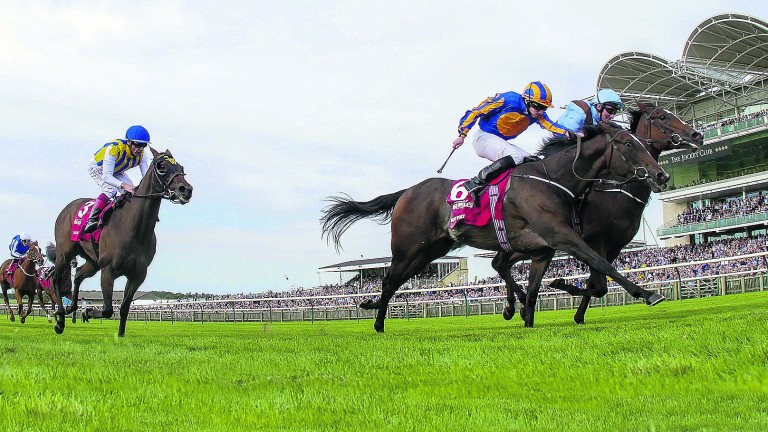 All too often, Guineas trials can look to be misnomers as soon as a field is declared. That has often been the case with the Nell Gwyn Stakes. This year however, appears to be a vintage edition.

It is now 11 years since a Nell Gwyn winner went on to land the Qipco 1,000 Guineas, with Infallible's fourth in 2008 the best Classic outcome the contest has thrown up since Speciosa completed the double.

While Wednesday's line-up does not include clear ante-post Guineas favourite Rhododendron, it is full of quality, not least in the form of her stablemates Brave Anna and Roly Poly, separated by just a short head when first and second in the Cheveley Park Stakes.

Both the Ballydoyle residents can be backed at 20-1 for the Guineas, but among this Nell Gwyn assembly it is an ex-Irish filly, Sea Of Grace, who trades shortest for the Classic.

Formerly based with John Oxx, she is no bigger than 16-1 to triumph on the first Sunday of May for William Haggas and the Tsui family. 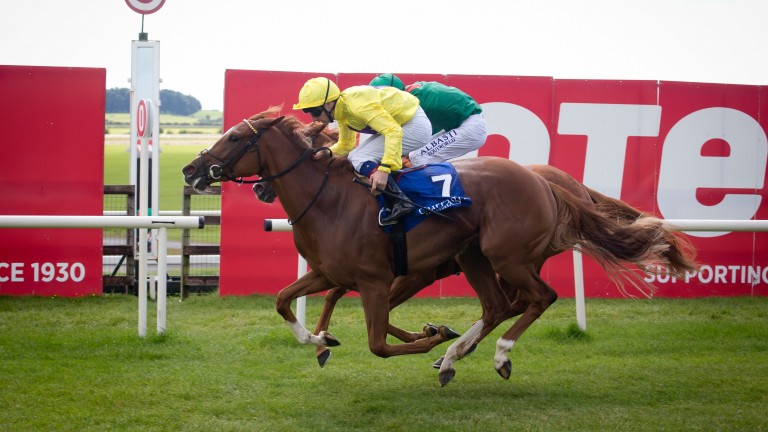 Less tested but extremely exciting are the once-raced pair of Daban, whose rider Frankie Dettori has won the last three Nell Gwyns, and French raider Pamplemousse, whose debut success on the sand at Chantilly could hardly have been more striking.

Pamplemousse (French for grapefruit) represents a trainer who has sent out six winners from 15 runners here in the last five years. The €400,000 breeze-up purchase has been given 25-1 quotes for the 1,000 Guineas – even though she is not entered – and Andre Fabre is adamant she will not be returning for the fillies' Classic.

It may be wise not to think less of Daban just because John Gosden had hoped to run the Guineas entry in a handicap this month, as the former champion trainer is far from shy at treading such a path with potential star three-year-olds.

Jack Hobbs won a handicap on his three-year-old debut, while Taghrooda was declared for a Sandown handicap and only missed the race due to unsuitable ground. The yard's Monarchs Glen is 25-1 for the Investec Derby (although not entered for Epsom) following his handicap romp at Kempton last week.

Aidan O'Brien, trainer of Brave Anna and Roly Poly
Brave Anna disappointed when we tried her over seven furlongs a couple of times last year. We're happy with her and giving her another chance over the distance. Like Brave Anna, Roly Poly has shown her best form over six furlongs. We tried her over a mile at the Breeders' Cup and that didn't work out, although it did come at the end of a busy campaign. We've always thought she'd get seven furlongs.

Hugo Palmer, trainer of Choumicha and Unforgettable Filly
They will be suited by quick ground but both would be better over a mile. Choumicha has a lot to find but she's a winner, so we need to try to find black type. Unforgettable Filly has strengthened up and her work has been very pleasing.

John Gosden, trainer of Daban
As there are no fillies' handicaps at all in April, we've been forced into running her in this. She was a nice winner of her only race last year. We're hoping to get some black type.

Charlie Appleby, trainer of Kazimiera
She has wintered well and the quick ground will suit her. She has to find something on ratings but I've been pleased with her.

Charlie Johnston, assistant to Mark Johnston, trainer of Kilmah
It's obviously a very tough race and we're under no illusions, but she won her maiden at this course at a similar time last year and this is a nice starting point for us to decide whether we want to be going up in trip. Realistically, she's an each-way chance.

Andre Fabre, trainer of Pamplemousse
She has won one small race in good style but we've never worked her seriously. I'm running her because the course and distance should suit and the race should be a good experience for her. She will not be running in the Guineas. The only reason she's running in this race is because it's a good race for her and the timing is right.

Andrew Balding, trainer of Poet's Vanity
She's a lovely filly and also a big girl, so we were quite keen to get her started. She's done enough work to run well but will come on for it.

William Haggas, trainer of Sea Of Grace
If she has any pretensions to being a Guineas candidate she'll need to run a good race. I'm keen to run her at Newmarket to see how she handles the course, although she'll be better at a mile. She could stay further, so I've put her in the Prix de Diane and Prix Saint-Alary.

Karl Burke, trainer of Tallulah Rose
When she joined us I was convinced she was a five-furlong filly, but I don't think that now. She needs to step up hugely on her two-year-old form. This is a fact-finding mission.

FIRST PUBLISHED 6:00PM, APR 18 2017
She will not be running in the Guineas. The only reason she is running in this race is because it is a good race for her and the timing is right