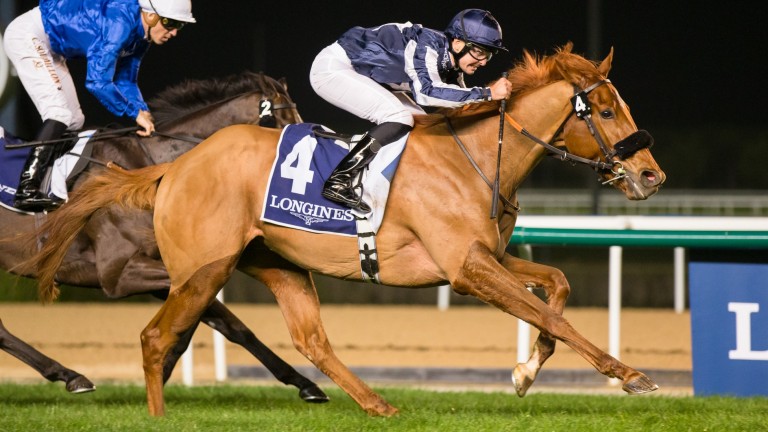 Another Batt and Connor Beasley score in a 7f handicap at Meydan on Thursday
Erika Rasmussen/Dubai Racing Club
1 of 1
By Andrew Wilsher UPDATED 1:46PM, JAN 4 2019

George Scott is targeting Group 2 glory with Another Batt after the four-year-old gave him a winner from his first runner at the Dubai Carnival in the Moon Phase Handicap on Thursday.

Having already won in Turkey to add to victories at Ayr and Chester, Another Batt continued his globetrotting adventure and added the United Arab Emirates to his list of winning locations.

Scott is now aiming him at the same Group 2 won by Godolphin's Jungle Cat a year ago. 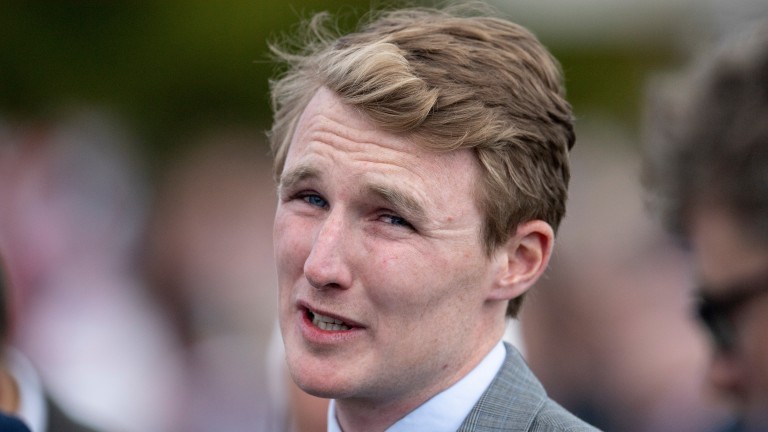 He said: "Another Batt will run in the Al Fahidi Fort on January 24, which is over the same distance.

"He's our first runner at the carnival, so it's fantastic to strike at a place like this at the first time of asking. We haven't had a horse suitable for the carnival until this point, when I thought he was a good fit, and obviously it worked out."

Update from Dubai on Another Batt this morning. He’s in great order after yesterdays win. pic.twitter.com/T8x2pOqBvh

The four-year-old is owned by Excel Racing, a syndicate of which footballer Charlie Austin is a member, and Scott told of the Southampton striker’s delight after the win.

"I spoke to Charlie straight after the race," said the trainer, "and he and the other owners were absolutely ecstatic with the result. He takes a great interest in his horses, and we're all delighted the decision to go to Dubai with Another Batt paid off."

Austin spoke to Sky Sports Racing on Friday morning where he continued to express his elation at the win, and told how he came close to selling the son of Windsor Knot just a couple of months ago.

He said: "To have a runner at the carnival is special, but to have a winner is delightful.

"He ran on Champions Day, and at the end of the season I was wondering whether to sell him, but George told me not to and stuck to his guns and made sure we didn't.

"Hopefully I can get to watch the horses, but we'll try and get out of this relegation battle at the moment!"

FIRST PUBLISHED 1:39PM, JAN 4 2019
He's our first runner at the carnival, so it's fantastic to strike at a place like this at the first time of asking