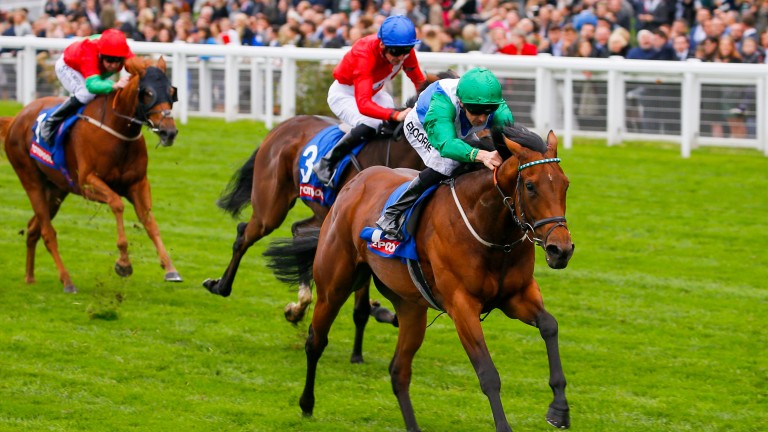 One Master, winner of the Group 1 Prix de la Foret at Longchamp in October, makes her seasonal reappearance, under James Doyle, in a contest where she has to concede 3lb to her six rivals.

The William Haggas-trained five-year-old won the Group 3 Fairy Bridge Stakes at Tipperary on a previous visit to Ireland prior to her Group 1 success and is joined in the line-up by stablemate Beshaayir, a Listed winner at Newmarket in September on her final start last season.

Speaking on Friday, Haggas said: "I was led to believe I Can Fly wasn't running which is why we have two in the race, which I don't like doing usually.

"One Master is in good shape but will be better for the run and the plan is to go to Royal Ascot with her. Beshaayir is the fitter of the two She may not be the best on form but she's entitled to take her chance." 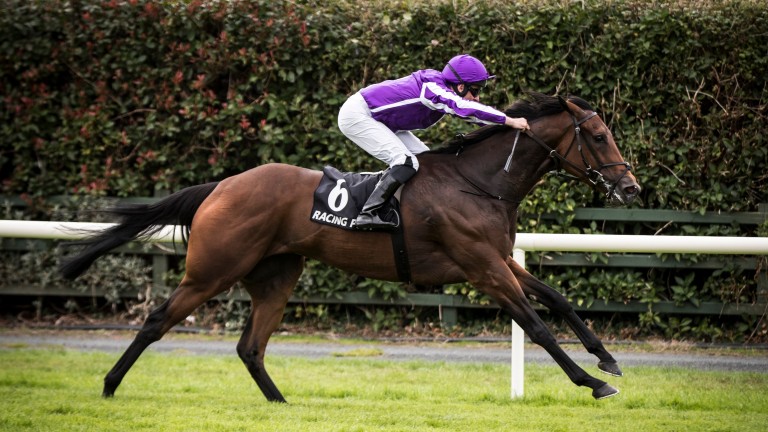 I Can Fly: represents Ballydoyle after her sixth place in the Lockinge last weekend
Patrick McCann (racingpost.com/photos)

I Can Fly, sixth in the Lockinge Stakes a week ago, represents Aidan O'Brien who said: "She ran a good race at Newbury and came out of the race well. She seems in good form."

Red Tea landed a handicap over the course and distance earlier this month on her second start for Joseph O'Brien having won six times when trained in Britain.

"She won very well last time and her new rating of 107 gives her a chance but it's a big step up in class and if she could earn some black type we'll be happy," O'Brien said.

Yulong Gold Fairy represents Dermot Weld, who said: "She's been a very consistent performer at Listed and Group 3 level but she has shown all her best form on easy ground and conditions might be a bit quick for her."

Normandel, winner of the Group 3 Park Express Stakes at Naas in March, represents Jim Bolger while the Joe Murphy-trained Shekiba, who is blinkered for the first time, completes the line-up.

FIRST PUBLISHED 6:00PM, MAY 24 2019
One Master is in good shape but will be better for the run. Beshaayir is fitter. She may not be the best on form but is entitled to take her chance