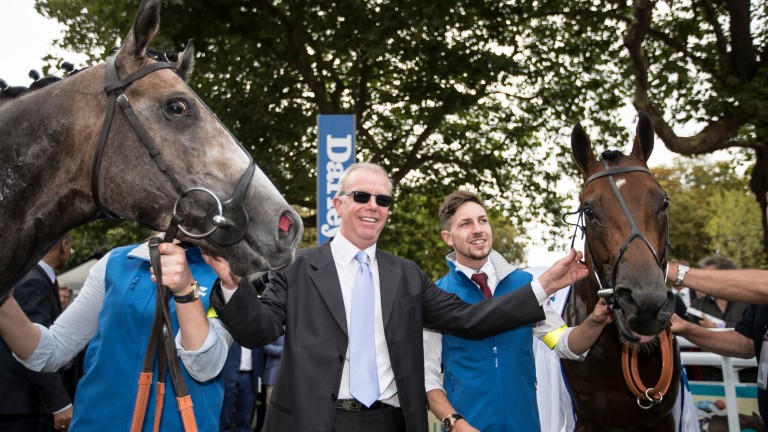 Prix Morny winner Unfortunately has been bought by Cheveley Park Stud, it was revealed on Tuesday.

Cheveley Park managing director Chris Richardson announced the private deal for the two-year-old, who is trained by Karl Burke.

"We are delighted to have formed an association with trainer Karl Burke, who was instrumental in us acquiring Unfortunately for Cheveley Park Stud," Richardson said.

"Being by Society Rock, we feel Unfortunately will, in time, add an interesting commercial opportunity for breeders and he enhances the portfolio of stallions standing at Cheveley Park Stud."

Unfortunately, who was bought for just €24,000 as a yearling and was formerly owned by Jeff Laughton and Burke's wife Elaine, won the Prix Robert Papin at Maisons-Laffitte in July.

He then made a successful debut at Group 1 level when beating stablemate Havana Grey in the Prix Morny at Deauville last month.

"He's obviously a very speedy two-year-old but he's growing still so there's no reason why he shouldn't train on next year and head for races like the Commonwealth Cup."

The more immediate target for Unfortunately is the Juddmonte Middle Park Stakes at Newmarket a week on Saturday.

"That will be his final run of the year," Burke said. "He's had a fairly easy time since Deauville but he looks magnificent and he's all geared up to go there. But it's going to be a hot race."

FIRST PUBLISHED 10:15AM, SEP 19 2017
He's obviously a very speedy two-year-old but he's growing still so there's no reason why he shouldn't train on next year