Groundhog Day: various angles that could repeat at Royal Ascot a year on 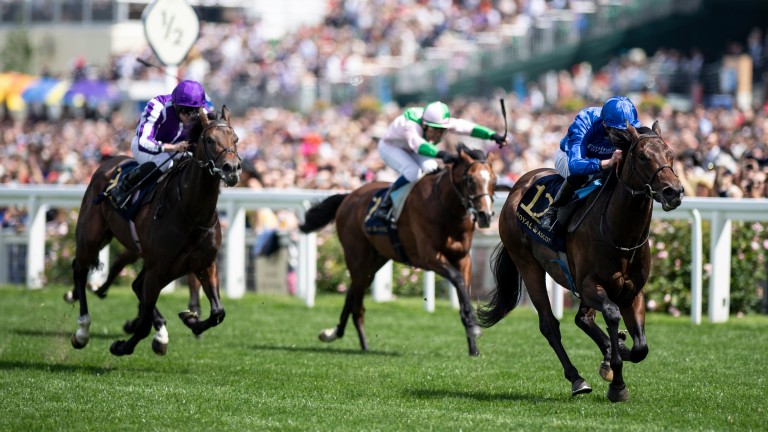 This year's Royal Ascot could not be more different than 12 months ago, yet Frankie Dettori, who rode the first four winners on this card last season, is not the only person hoping for lightning to strike twice.

In 2019, Charlie Appleby sent a Godolphin-owned unbeaten son of Shamardal to the Chesham Stakes (3.30). Pinatubo took care of the rest.

This year Appleby, Godolphin and the late Shamardal are represented by Modern News, who on his sole start at Newmarket beat all of his rivals – including 3.6million guineas purchase Noble Dynasty, who is Europe's most expensive two-year-old.

Pinatubo was a 3-1 shot whose main market rival hailed from Aidan O'Brien's Ballydoyle yard. Modern News has been backed down to the same price in the last week and the betting rates O'Brien's Battleground his main danger. And the similarities don't end there.

Later on the card, Hayley Turner rides for Charlie Fellowes in the Sandringham Handicap (4.40), a combination that struck gold with a famous success in the race last year, which saw Turner become the first woman to ride a winner at the Royal meeting since Gay Kelleway in 1987. 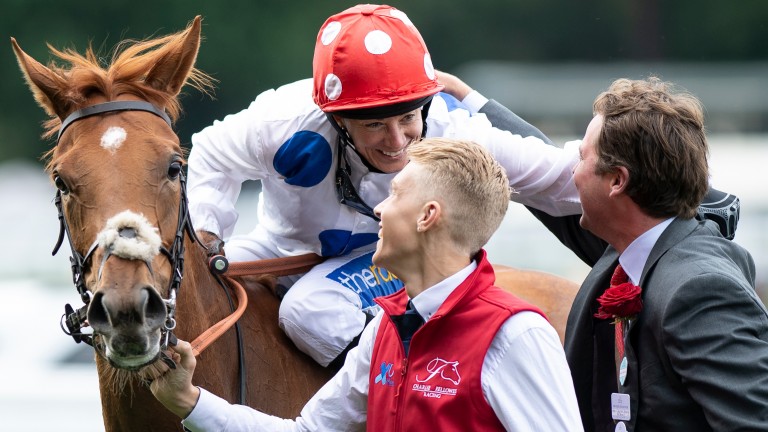 Turner's success came on 33-1 chance Thanks Be, and the jockey now joins forces with another Fellowes-trained outsider in the shape of Onassis. With a similar weight and draw to last year’s contest, the stars could be aligning for the rider to enjoy another big moment at the Berkshire track.

The success of Thanks Be was also the first victory at the meeting for Fellowes, and the trainer is hopeful the parallels to last year's race will lead to another winner.

Fellowes said: "It’s the same jockey and the same equally shocking draw, so there are a lot of similarities with Thanks Be and hopefully that’s a good omen."

FIRST PUBLISHED 6:00PM, JUN 17 2020
There are a lot of similarities with Thanks Be and hopefully that’s a good omen

Get the lowdown from Charlie Appleby and Saeed bin Suroor on red-hot Dubai teams Hector Crouch 'hoping to nick some more' after shock first Group 2 winner Getting an edge at Meydan: your complete guide to the Dubai World Cup Carnival O'Meara's admirable stalwart Lord Glitters bids for another Meydan victory First Meydan runners for Alice Haynes on opening day of World Cup Carnival Royal Ascot capacity to be reduced this year to offer an 'improved experience'