Ground likely to be on the slow side of good at Sandown after 11.5mm of rain 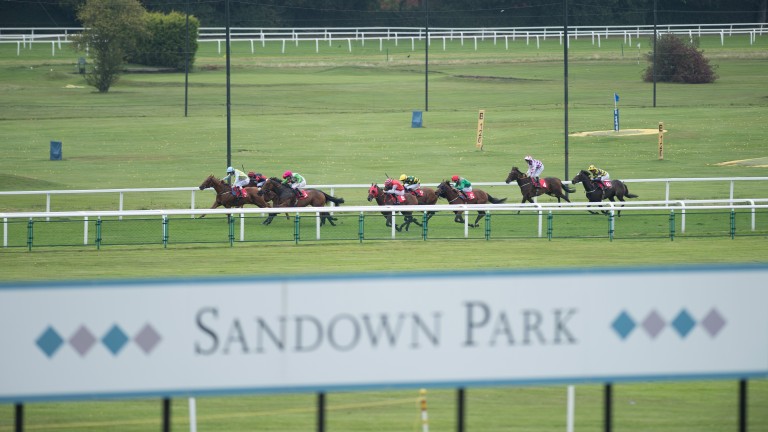 The going has eased at Sandown after overnight rain
Edward Whitaker
1 of 1
By Tony McFadden UPDATED 11:04AM, MAY 24 2018

Sandown's valuable Brigadier Gerard Stakes fixture is likely to be run on ground on the slow side of good after 10mm of overnight rain and a further 1.5mm in the morning led to an easing of the going.

The ground had been good to firm after a period of dry and mild weather but was changed to good on the round course following the overnight rainfall, while a further 1.5mm from 7am led to another change in the going on the sprint course to good, good to soft in places.

Clerk of the course Andrew Cooper, speaking on Thursday morning before the going change on the sprint course was announced, said: "I've walked the course and I thought it was no slower than good, but it could ease a little further. There is a chance we may have one or two more showers but I don't think they will be particularly heavy. I think we could be starting just on the slow side of good."

The star-studded six-race card begins at 6.00, with four races – including the feature Brigadier Gerard Stakes – televised on ITV4.

Without Parole, an unbeaten son of Frankel, is strong in the market at 4-6 for the Listed Heron Stakes (7.05), while Group 1-placed Poet's Word has also been supported and trades at the same price for the Brigadier Gerard (8.10).

Arguably the biggest mover on the card is Chiefofchiefs in the concluding mile handicap (8.40), who is into 11-2 having been initially given double-figure quotes.