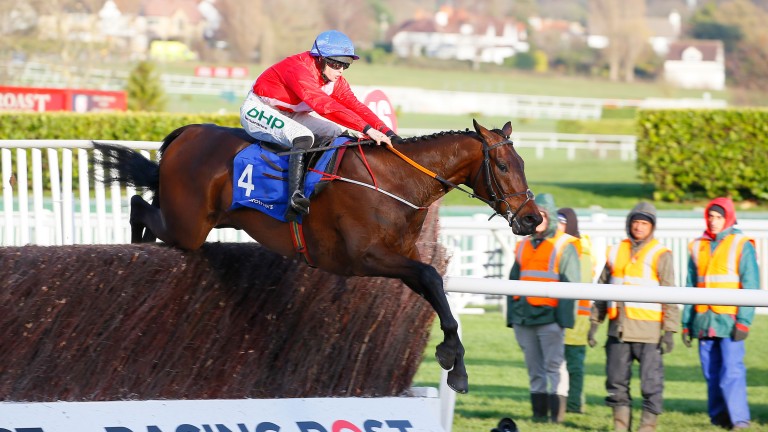 Henry de Bromhead has indicated the Ryanair Chase is the likely Cheltenham Festival target for A Plus Tard after the trainer declared the six-year-old a non-runner at the Dublin Racing Festival.

A Plus Tard dethroned Chacun Pour Soi at Leopardstown over Christmas on soft ground but, with the ground yielding for the Dublin Chase, connections decided to bypass a rematch.

De Bromhead said of the six-year-old: "The ground has changed from yielding to soft to yielding and that's why we've taken him out. He's 100 per cent and the Ryanair is his likely Cheltenham target."

The trainer also told Racing TV: "It's probably a combination of the ground and over that trip. Two miles is a little bit sharp for him but it was soft at Christmas and things fell right for him. Today the ground's a bit better so we said we'd give it a miss and go straight to Cheltenham.

"There's no necessity to run him as he'd won [a Grade 1] already. He's in mighty form and it was a tough decision to make. I spoke with Chris Richardson [racing manager to owners Cheveley Park Stud] and we agreed to forget today."

FIRST PUBLISHED 1:03PM, FEB 1 2020
Today the ground's a bit better so we said we'd give it a miss and go straight to Cheltenham

Inspiral 16-1 joint-favourite for 1,000 Guineas after Listed success Decision made: superstar mare Honeysuckle set to stay over hurdles this season Blindness no obstacle for Wren's Breath as she pounces late for Listed prize Can Aidan O'Brien land his eighth Tyros Stakes in a row with Point Lonsdale? Baltinglass shows Blackmore at her brilliant best on bittersweet day Japan just does enough to bag the Meld Stakes at Leopardstown