Groom's lot isn't perfect, but in age of menial jobs has a clear selling point 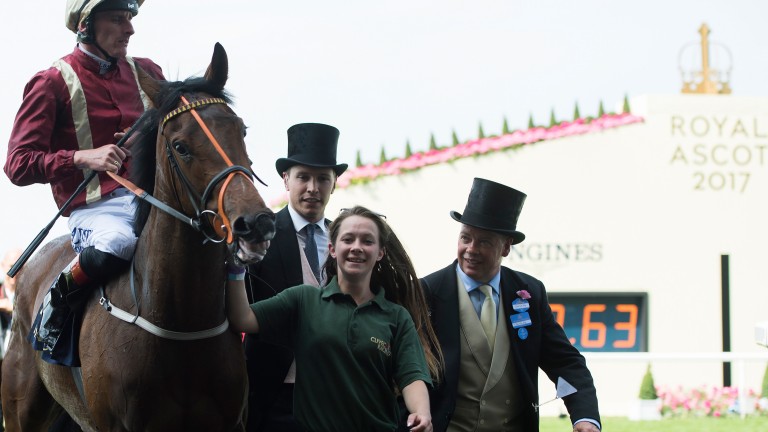 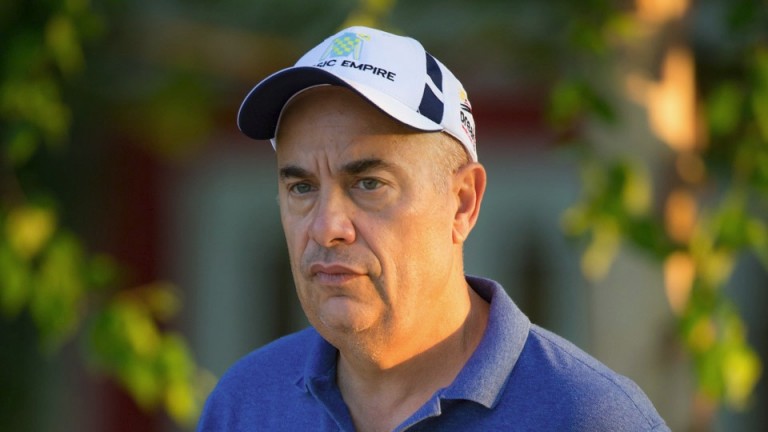 Kathryn Kuczko-Roy makes the proud walk back to the winner's enclosure with Heartache
Edward Whitaker (racingpost.com/photos)
1 of 2
6:00PM, JUN 29 2017

Perhaps I'm going soft, but I am struggling to recall a racing festival that can match last week's Royal Ascot for entertainment, sporting prowess and overall feelgood wholesomeness.

From the opening royal procession to the final thrilling finish as Thomas Hobson narrowly failed to complete a remarkable double it was five days of uplifting and captivating sport, beautifully presented by an ITV Racing team that seemed to come of age during the meeting.

There were many highlights, not least the stunning toughness of Big Orange, Highland Reel and Permian, who proved that having more fight than a flat-roofed pub is in no way the sole preserve of jumping stars.

Yet the aspect of the coverage I found most refreshing was the way that stable staff, the frontline warriors of racing, were thrust into the limelight. Their stories and reactions brightened every day of the royal meeting.

We feature the stories of four of these often unsung heroes today. Reading the words of the likes of Twyron Lloyd-Jones, better known as Big Orange's groom Taffy, or Kathryn Kuczko-Roy, who "turned to mush" after Heartache won the Queen Mary, will melt even the most unfeeling of hearts. Their raw joy and love for their charges shine through strongly.

It is right that grooms are increasingly at the heart of racing's story. Not only is their tireless contribution to the sport worthy of recognition – the more generous trainers have long recognised that themselves, hence Aidan O'Brien offering more shout-outs than a radio DJ in the wake of any major win – but their personal stake in the animals arguably outweighs that of anyone else, even owners.

The best trainers provide fascinating insight, but often have a stockman's emotional distance from their charges, the product of training dozens of animals and of the necessity not to allow sentiment to cloud thinking. The same goes for jockeys, who ride thousands of animals a year and will no more form a bond with most of them than a valet attendant would with a guest's BMW.

A groom, by contrast, looks after just a handful of animals. They see their horses daily, in good times and bad, nurturing and caring for them for years on end. They eat, breathe and sleep the sport, living the high and lows of a unique emotional rollercoaster. It is only right that their stories and reactions are afforded the sort of exposure offered last week.

This focus on grooms could not come at a better time. Everyone who follows racing knows that there is a stable staff crisis borne of too few people entering the sport and too many leaving it. There are estimated to be 400 unfilled positions in Britain, a situation which creates a negative knock-on effect, heaping extra work on the shoulders of those who remain who must now ride out more horses and work longer hours.

That diminishes an already difficult job that must be said to have fairly niche appeal. Traditionally, stable staff pay is meagre, working hours are anti-social and days off – typically one and a half a fortnight – are scarcer than in a Victorian workhouse, although thankfully the food is generally a little better.

When I think about the lot of stable staff I am reminded of the legend of the greatest recruitment advert ever placed. When Sir Ernest Shackleton was preparing for his ill-fated Endurance expedition to Antarctica, one of the last great hurrahs of the golden age of polar exploration, the story has it that he took out an advert in The Times to enlist men for the harrowing task ahead.

"Men wanted for hazardous journey," the ad ran. "Low wages, bitter cold, long hours of complete darkness. Safe return doubtful. Honour and recognition in event of success." It wouldn't need much tweaking – a couple of words – to work for racing.

Yet there is another side to working in racing, a side highlighted by last week's coverage on ITV and the stories contained in Friday's paper. Not for stable staff is there the soulless vacuity of pouring coffees in Costa, filing paperwork in a strip-lighted office, or slaving in an Amazon warehouse like the mindless robots that will soon replace us all.

Instead, stable staff enjoy the simple pleasure of working with awe-inspiring animal athletes, of forming intense bonds with individual horses and of taking parental pride in their success. There is also, now more than ever, the 'honour and recognition' of Shackleton's advert, with print and screen increasingly highlighting the contributions of grooms.

Make no mistake, the issues of pay and conditions must be addressed if racing is to be an attractive career for tomorrow's youth. The kids of today are not the feckless and lazy fools of tabloid imagination, but they are not mugs either. They will not work long hours for little pay in a sport that fails to appreciate them.

Yet fix those issues – and there is plenty of good work that is being done to that effect – and racing will find it has a career that offers genuine satisfaction, deep emotion and the chance to experience life-changing moments at cathedrals of sport.

That, in an era where the dignity of meaningful labour often seems a quaint idea of yesteryear, should prove a powerful and compelling recruitment message.

Casse gets royal appointment at last

During last week's Royal Ascot the Queen's fashion and racing knowledge were often praised by the ITV Racing team, but perhaps the most impressive royal move happened away from the cameras.

One of the highlights of the 2016 Royal Ascot was the Queen Anne victory of American raider Tepin, who overcame a host of negatives to win the opening day Group 1. Mark Casse, an engaging and candid trainer, was naturally thrilled and was kind enough to face an almost endless barrage of questions from the media, first in the winner's enclosure and then during a lengthy press conference. 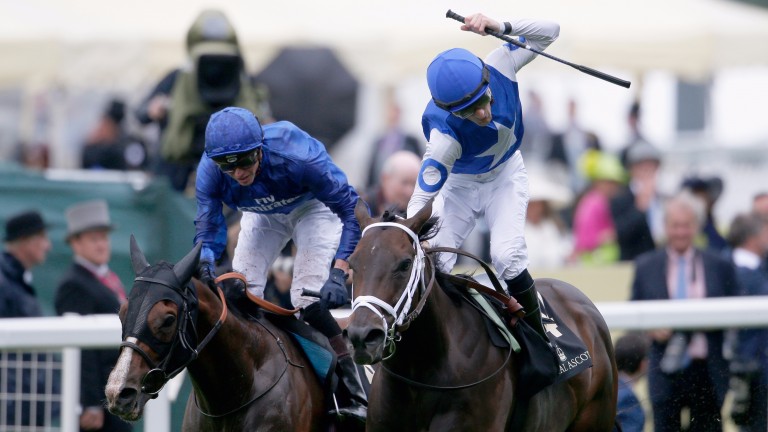 US raider Tepin (right) wowed at last year's royal meeting
Alan Crowhurst/Getty images
While that meant good copy for the assorted hacks, it had an unfortunate consequence for Casse. He had expected to meet the Queen after the win, but spent so long fielding questions that once it was over and he escaped our grasp he was told it was too late – the chance to meet the Queen had passed (I bet it's not often the monarch gets stood up for Fleet Street's finest).

Naturally, Casse was disappointed. As Steve Dennis pointed out on Thursday, the allure of Royal Ascot lies in its prestige, and a major part of that is the royal connection. The Pegasus World Cup might have lorry-loads of cash and the world's largest dragon statue, but you don't get to meet a reigning monarch if you win. Missing the Queen was a significant blip on what was otherwise one of the greatest days of Casse's career. And, as one of those journalists who peppered Casse with questions, I couldn't avoid a twinge of guilt that I'd contributed to that disappointment.

Well, it seems the Queen remembered Casse, because this year – he was back with Coronation Stakes runner La Coronel – she invited him for the chat he never got in 2016.

"Of course, I probably talked too much, but it was a nice conversation," Casse told US-based website the Paulick Report. "It was one of the greatest experiences of my life, I would say. It just never stops astonishing me of the people you can meet because of horses."

In a week of good news stories, this simple gesture by the Queen is one of the most heartwarming.

Curragh debacle does sport a discredit

I can appreciate the arguments in favour of the Irish Derby remaining at the Curragh during redevelopment, but it seems Horse Racing Ireland has forgotten that first and foremost racing is in the entertainment business.

Offering paying customers a shoddy service and making statements begging customers to stay away from the Irish Flat's biggest day shows disdain for those who follow racing and makes the sport look incompetent.