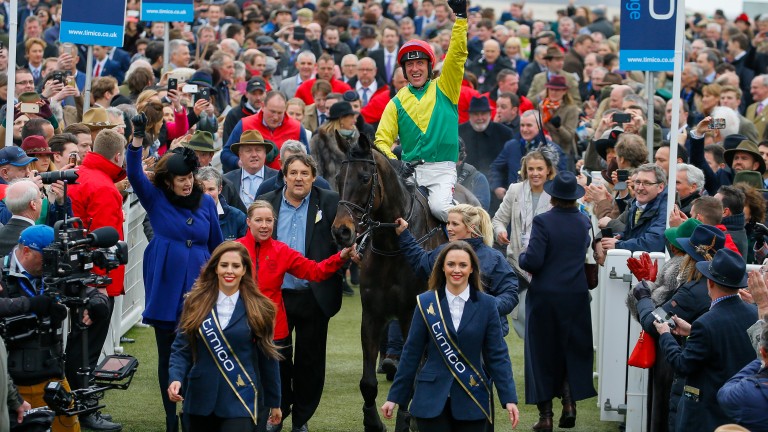 Racing can expect to see men as well as women used in the traditional lead-in roles following big races, according to sports marketing expert Bill Esdaile, who forecasts that things are set to change following recent decisions in Formula One and darts.
Esdaile, managing director of Square In The Air, which has Queen Mother Champion Chase sponsor Betway among its clients from the worlds of betting and gaming, said: “Racing is different to F1 and darts, and the lead-in girls are seen as a branding opportunity and are appropriately dressed, with usually just a sash with the sponsor’s name on.
“It’s not exploitation, but after what’s happened in F1 and darts I can see some sponsors caving in and dropping them all together.”

He added: “I think that would be a knee-jerk reaction and a mistake. That would be a missed branding opportunity and, while it’s traditionally been almost exclusively girls used in the role, the wiser sponsors might instead use a man and a woman to lead in.

“We provide promotional staff of both sexes in a variety of roles at sporting and gaming events, and there’s no reason at all why both shouldn’t be used for lead-in.”

After F1 dropped ‘grid girls’ and darts dropped their own hostesses, leading sports promoter Barry Hearn explained on talkSPORT that pressure had come from broadcasters, and he questioned whether lead-in girls would be allowed at the Cheltenham Festival. 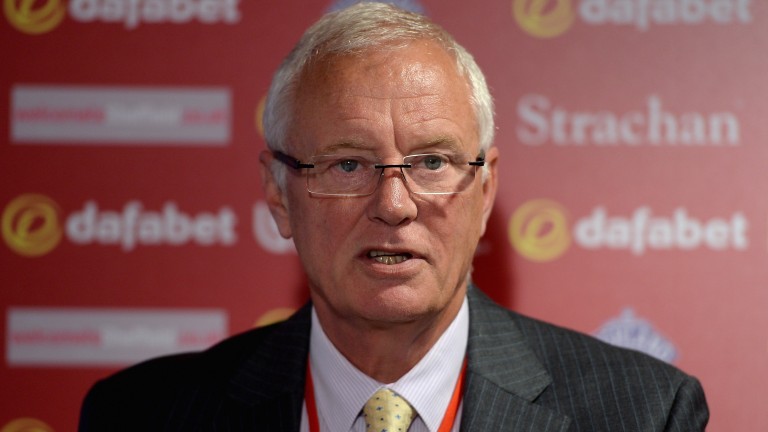 Hearn said: “We’re living in changing times. We know the PC brigade, the liberal brigade, are out in strength and it’s causing changes to sport everywhere we look.

“I have no personal problems whatsoever with walk-on girls at darts, but I have one big problem in the age we live in: I’ve got BBC, ITV and Sky, my three UK broadcasters, saying to me this is not part of their editorial policy on television. They don’t want to show the walk-on girls on television any more.

“We have to live in the real world. The girls that lead the horses in at the Cheltenham Festival. Are they going to be banned as well? I have no idea.”

'It's definitely not exploitation'

Esdaile does not expect it to prove a problem at Cheltenham. He said: “At the festival last year our staff did the Gold Cup [for sponsor Timico] as well as the Champion Chase.

“If you look at the imagery of Sizing John or Special Tiara being led in, you will see the jockeys standing up in the saddle, punching the air, and the girls to the side with the sponsor’s sash. It’s definitely not exploitation, although mixed sexes might make for a healthy compromise.”

While the lead-in girls who accompany winners are nearly always employed by the sponsor, rather than the racecourse, Ascot’s Shergar Cup day cheerleaders fall into a different category.

Asked if they would be employed again in 2018, director of racing and communications Nick Smith said: “We’re always conscious of the public mood and will review the question regards the Shergar Cup later in the year.”

What's in a name: new racecourse pool rival to Tote to be called Britbet

FIRST PUBLISHED 10:08AM, FEB 7 2018
Racing is different to F1 and darts, and the lead-in girls are a branding opportunity, appropriately dressed with usually just a sponsor's sash