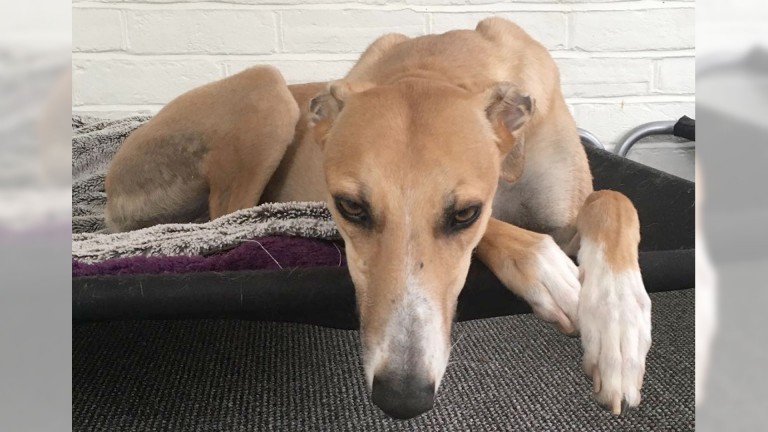 The greyhound who became an internet sensation after taking an unexpected and spectacular dive into Henlow’s infield lake on Sunday was reported as being none the worse for the incident by her trainer.

Swift Casey, who was running in the voided Bunny Bookmakers Gold Cup final, led into the third turn of the 550m contest at which point the Henlow hare cable snapped.

Void Bunny Final - Hare broke down at 2nd + then !!! pic.twitter.com/DTxo70TJmo

The majority of the field carried on, but Swift Casey swerved towards the lure before jumping into the infield in a bid to rejoin the action. She then plunged into the ornamental lake.

“She’s absolutely fine,” trainer Stacy Smith said on Monday. “No problems at all. If you knew her, that’s her character really, she’s totally mad!”

For the latest greyhound news and betting click here

Smith, 25, who has an owner/trainer licence permitting kennels for two runners, added: “She’s the only one I’ve got racing at the moment, and after this she has become a bit famous – the video seems to have gone viral on Twitter.”

Henlow on Monday confirmed the race will be rerun on Thursday, with Smith adding: “I was thinking of entering her for a maiden stakes at Crayford, but she’ll take her chance at Henlow instead.”