Grech and Parkin to sell off horses as collective interest ends 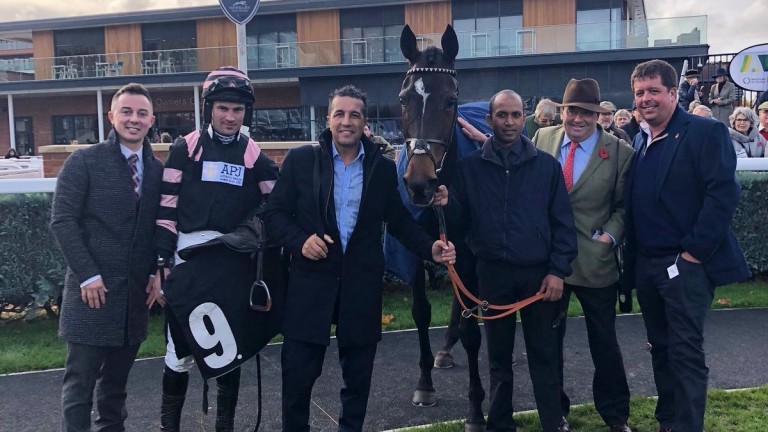 Stuart Parkin (far right) with Mike Grech (third left) and Nicky Henderson (second right) after a victory for Lust For Glory at Newbury
1 of 1
By Andrew Dietz 1:06PM, APR 6 2019

Owners Mike Grech and Stuart Parkin, whose colours have been carried by a number of expensively bought jumpers in recent seasons, will end their collective interest in racing with the sale of more than 30 horses next month.

The pair, who operate under the name Grech & Parkin and met through working in the financial services sector, will auction off horses such as Claimantakinforgan and River Wylde with no reserve at forthcoming sales.

Grech said on Saturday: "Stuart has fallen out of love with the game so the partnership will close at the end of the season.

"I'll take stock of everything but I still have a passion for racing and might look to buy back some of the horses when we disperse them at either Doncaster or Tattersalls in May."

The Cheshire-based pair, who spent £260,000 for Gallahers Cross and £240,000 for Lust For Glory at the same Cheltenham sale in 2017, had no formal interest in racing until a passion was piqued on a visit to Nicky Henderson's stable, which they paid £5,000 for at a charity auction. 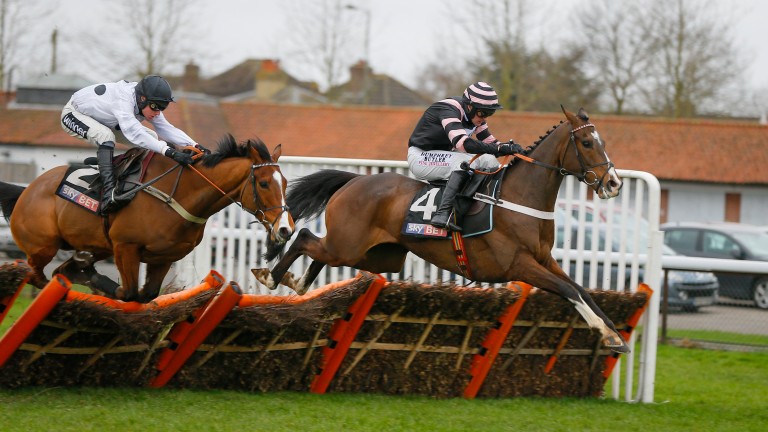 In the five years as owners, they have won four Grade 2s with some burgeoning talent, but major big-race success has eluded them and the likes of Claimantakinforgan and River Wylde have been blighted by injury.

"Some of the injuries to our horses, particularly this season, have played a part in Stuart's decision," added Grech.

"We've had some great times together and will remain close friends. We'll look back at our strike-rate, which is 27 per cent this season and 24 per cent overall, fondly."

While the majority of horses have been trained by Henderson, the pair have also had runners with Dan Skelton, Alan King, Ian Williams, Paul Nicholls, Warren Greatrex and Nigel Twiston-Davies.

Kupatana, who was moved from Henderson to Nicholls earlier this year, is their most recent winner, at Kelso last month, and Mr Whipped finished fourth for them in the Mildmay Novices' Chase at Aintree on Friday.

FIRST PUBLISHED 1:06PM, APR 6 2019
Stuart has fallen out of love with the game so the partnership will close

'Eerie, spooky and magnificent' - Nicky Henderson's most magical of days Mister Fisher the highlight of 821-1 Kempton four-timer for Nicky Henderson 'His work was very, very good' - Shishkin set for Energumene clash at Ascot 'He's still a big baby but all the ability is there' - Dusart wins on chase bow We all like to get carried away - and it's easy to do so with Constitution Hill Classic handicaps at Kempton and Warwick provide punters with intriguing puzzles